Despite the discrepancies between the PSOE and Podemos on the trans law and the controversy surrounding the amendments presented by the Socialist group, the two government partners currently maintain the substantive pact so that the law can be approved around the end of year. 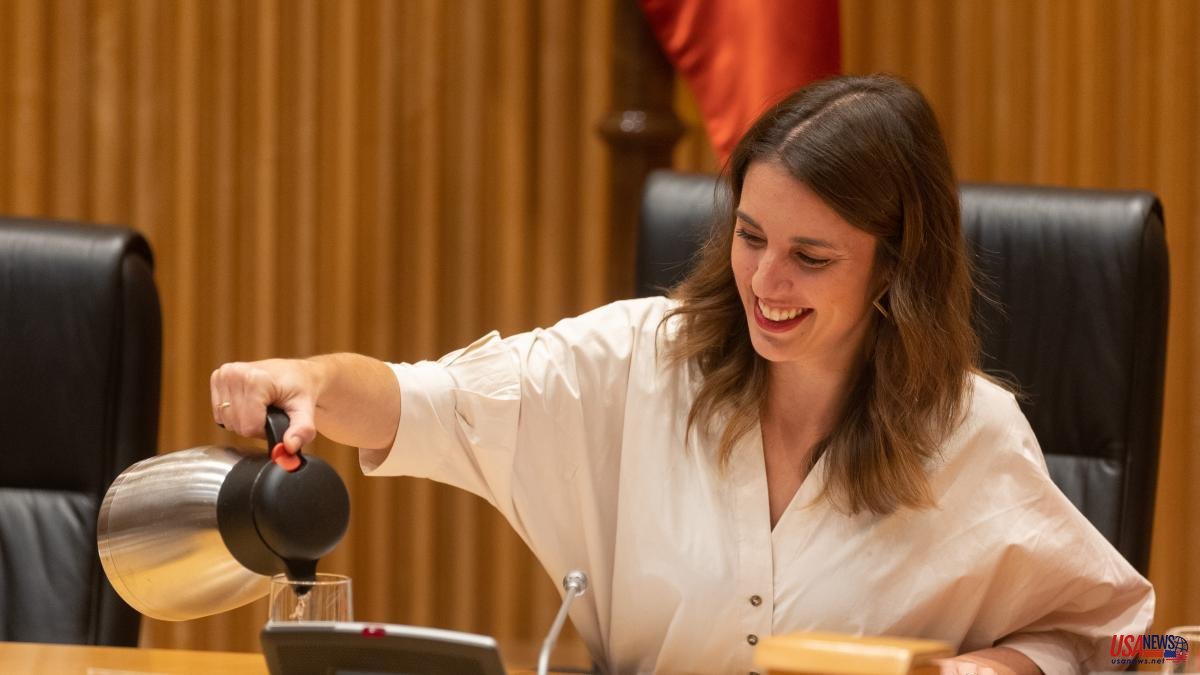 Despite the discrepancies between the PSOE and Podemos on the trans law and the controversy surrounding the amendments presented by the Socialist group, the two government partners currently maintain the substantive pact so that the law can be approved around the end of year. This is one of the main claims of the Ministry of Equality, which does not want delays in a fundamental rule in its political line and in its defense of expanding the rights of trans people.

The presentation last Friday of the socialist amendments in which it is requested that minors between 14 and 16 years of age require judicial approval to change their sex in the records has inflamed the confrontation in the government coalition and leave the project in no man's land. For this reason, we must attend to the next step in the processing of the law in the Congress commission and see if the PSOE requests appearances by experts or gives support to those that other groups may propose. If so, the processing of the law could be extended beyond the deadlines set by Irene Montero, who requested the urgent processing of the bill.

The conversations that have been held so far indicate that the Socialists maintain their commitment to facilitating the rapid processing of the law, despite the fact that in their own ranks representatives of relevant feminist sectors - the so-called classic feminism - ask for an in-depth debate in the commission of Congress, a debate that, in his opinion, has been stolen from society.

The division between the PSOE and Podemos on the scope of the law has been evidenced today with the joint presentation of amendments by Podemos and the groups that make up the majority of the legislature -in a broad reading-. Together with ERC, PNV, EH Bildu, Junts, BNG, PdeCat, Más País, Compromís and Coalición Canaria, some amendments requested by the LGTBI collective platforms have been presented in the registry. Among them, it is proposed that non-binary people can omit the mention of sex on the DNI. Likewise, it is requested that public health cover the treatment of trans people linked to transition processes. Amendments that will be difficult to pass as they do not have the necessary majority

The trans law will therefore begin a difficult journey in the debate in committee, both due to the differences between the PSOE and Podemos, and due to the deep internal debate within the socialists. Minister Montero has asked the PSOE to withdraw its amendments since "they touch the heart of the trans law" and she has recalled that the project was agreed upon. What is clear is that the project that came from the Council of Ministers is hardly approvable as it is, that is, allowing from the age of 14 the free determination of registered sex with the assistance of guardians and without judicial endorsement. And it is hardly approvable if an agreement is not reached between the partners because the PP and Vox are not going to support it.

The Socialists will address the debate tomorrow at the group meeting, aware of the different open fronts. The Socialist Feminist platform – which brings together leaders and militants of the formation – have already communicated their disagreement with the PSOE's amendments, which they find “unfortunate”. Although they see the change in minors under 14 and 15 as favorable, they consider that hormone therapy and surgery for minors should be prohibited. They also request, among other issues, legal requirements for the registration change of sex.