In absence of Zinédine Zidane, another Marseillais, Christophe Galtier, the current coach of Nice, 55 years old, will take the reins of PSG. 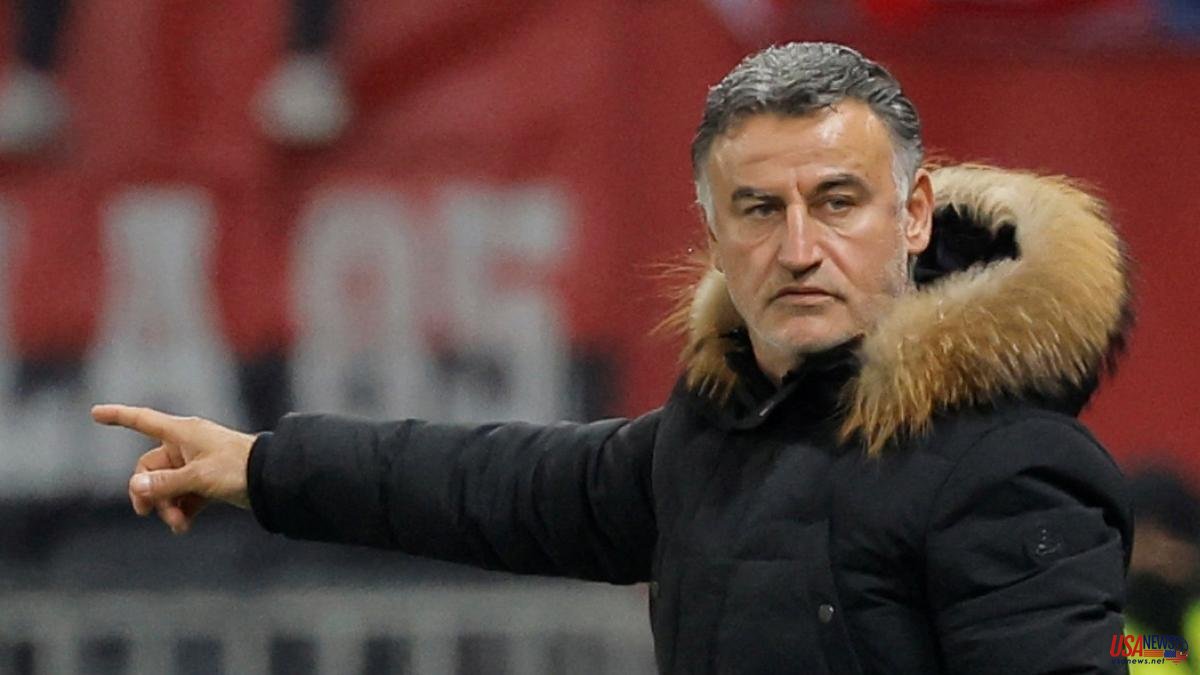 In absence of Zinédine Zidane, another Marseillais, Christophe Galtier, the current coach of Nice, 55 years old, will take the reins of PSG. He will do so as soon as the Parisian club and Mauricio Pochettino's lawyers reach an agreement for compensation for the dismissal of the Argentine coach, highly questioned and on the tightrope since elimination in the Champions League round of 16 at the hands of Real Madrid.

According to French media, Galtier's hiring could take place in the coming days if no last-minute problems arise. Galtier would thus become the third French coach of the Qatari era in Paris, after Antoine Kombouaré (2011-2012) and Laurent Blanc (2013-2016). The Nice coach still had two years left on his contract and that is why PSG must pay Nice financial compensation to unblock the operation.

Galtier arrives endorsed by the new sports director of PSG, Luis Campos, who already opted for him in 2017, when he became the sports director of Lille. The coach came from directing Saint Etienne for eight seasons, with which he managed to be chosen as the best French coach of the year in 2013.

Christophe Galtier made history at Lille, with whom he broke PSG's hegemony by winning Ligue 1 in the 2020-21 season, a title to which he later added the League Cup.

Galtier's career as a footballer was plagued with controversy, although he was never a player who achieved international prominence. He always played defense and his first three seasons as a professional were with Marseille in the 1980s, in which he was never a starter. He then played another three seasons at Lille and another three at Toulouse, there he already fixed for their respective coaches.

After Toulouse Galtier entered a stage of clubs of lesser weight. He played for Angers and Nimes. He returned to Marseille for two years and closed his resume with two courses abroad, one at the Italian Monza to hang up his boots at the Liaoning Yuandong of the Chinese league in 1999.

The incident that reminds Galtier the most as a footballer is a fight he had with Marcelo Gallardo, now an award-winning coach of the Argentine River Plate.

On April 7, 2000, during half-time in the match between Marseille and Monaco at the Vélodrome, Gallardo and Galtier got into a fistfight in the dressing room tunnel. Gallardo ended up in a hospital that night, with a swollen face, a black eye and a badly bruised chest. The Argentine denounced that he had been the victim of a "brutal ambush" and that he was beaten up between Galtier and a few stadium security employees.

Galtier's version was very different: “Gallardo insulted me and hit me. I answered with a reflex of self-defense ”, he justified himself. But he was not very believed. The French Federation suspended him for six months.