PSG has been accused on multiple occasions of bypassing economic control because it is a club-state, a concept that the president of LaLiga, Javier Tebas, repeatedly repeats and sustains. 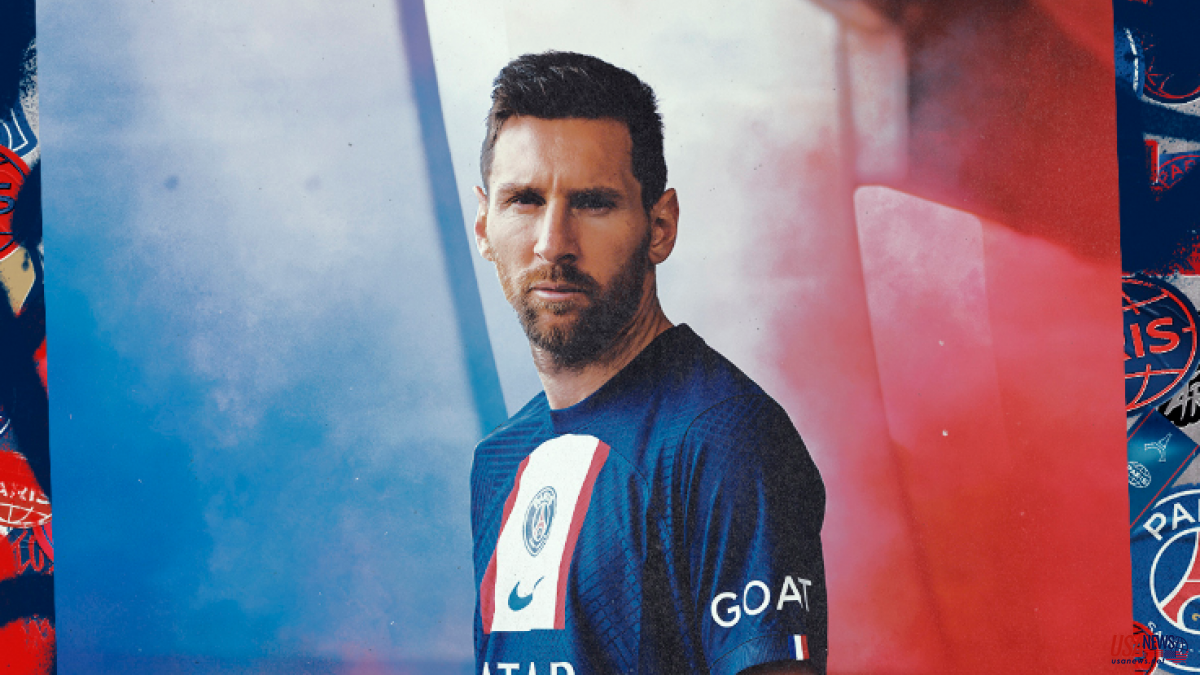 PSG has been accused on multiple occasions of bypassing economic control because it is a club-state, a concept that the president of LaLiga, Javier Tebas, repeatedly repeats and sustains. Owned by Qatar since 2011, the club's growth to become the rival to beat in France and one of the eternal contenders for the Champions League, with a team full of stars, would not be understood without the petrodollars. This inexhaustible source of money still generates suspicion in most European clubs, especially when sponsors from the emirate are announced. One of them, Qatar Airways, is now more visible.

The Qatari airline will wear the logo in the center of the PSG shirt from next season, replacing the French hotel group Accor. The new kit was presented this Wednesday by the French club through social networks, and in it Qatar Airways could be seen as the main sponsor. Mbappé, Messi, Neymar or Marquinhos have already worn the new jersey, with a white front stripe as the main novelty.

Paris Saint-Germain did not provide any details of the duration or the economic amount of the agreement. According to the French press, he will bring the club between 60 and 70 million euros per season. Yes, it can be confirmed that Qatar Airways will have greater visibility in the Parc des Princes. Also at Doha airport, where the club's official store will be expanded and where tens of thousands of fans will arrive at the end of the year to follow the World Cup live. Precisely Qatar Airways is a partner of FIFA and official airline of the sporting event.

The former sponsor of Barça and Rome, among others, has sponsored the Parisians since 2020 as a premium partner. This condition served to avoid the financial fair play required by UEFA, as did other sponsors in the country such as the QNB bank, the Ooredoo telecommunications operator or Qatar Tourism.

Many critics have raised their voices to reject this type of covert sponsorships under suspicion because some of them are inflated, well above market value and, therefore, a fraudulent financing alternative. However, PSG were not punished for it, although this nouveau riche has become accustomed to being scrutinized.

PSG's accounts will be investigated again by UEFA to find out if financial fair play is breached after the bombastic announcement of the renewal of Kylian Mbappé. It will not be the first time that the highest body of European football reviews the accounts for possible irregular income. He did it in 2017 when the French paid 222 million for Neymar.

The last numbers known from PSG date from the 2020/21 season. The club had losses of 224.3 million euros, double that of the previous year, that of the covid explosion and in which all television rights were not collected as the season ended early. Those red numbers account for 35% of the total value of Ligue 1, although in France clubs are not penalized for their losses as long as they guarantee solvency. With a rich state behind everything is easier.