The outcome of group H did not disappoint anyone. 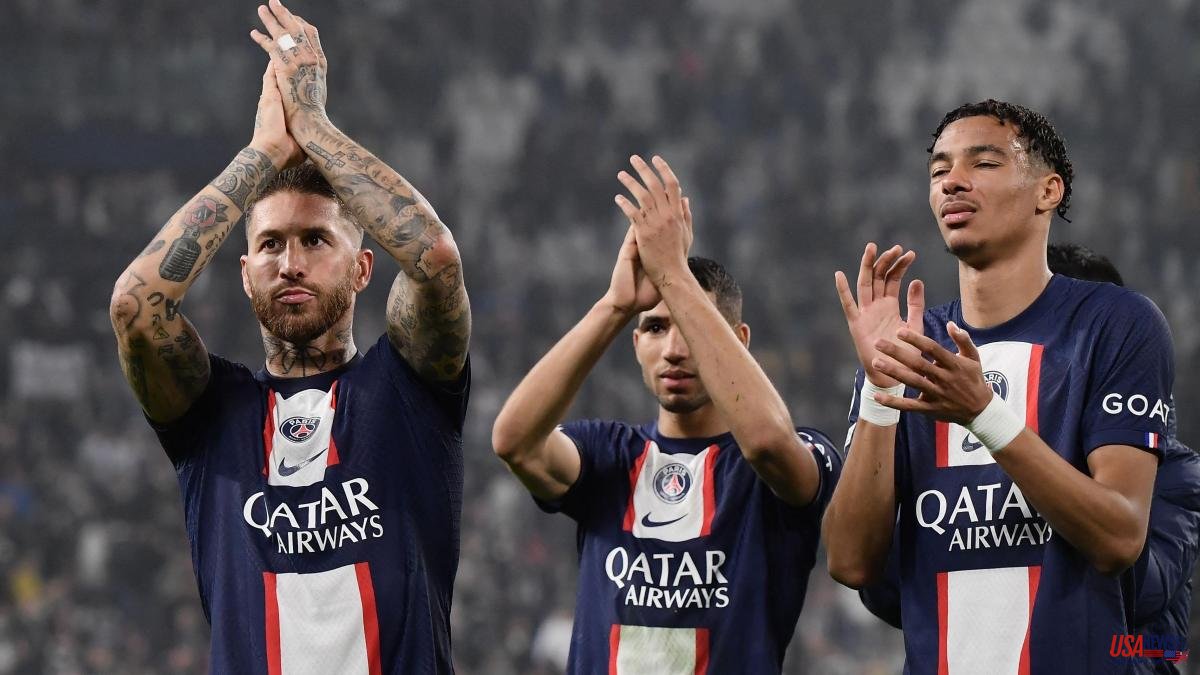 The outcome of group H did not disappoint anyone. PSG and Benfica were fighting for first place on the last day, with the Parisian team as the clear favourite. In addition, the French and Portuguese rivals also played a lot. Juventus and Maccabi Haifa were fighting for the pass to the Europa League playoffs and they would not make things easy. A hectic night that ended in a small tragedy for the French because of the Portuguese ambition.

PSG did their homework. He took the lead in Turin a few minutes later with a goal from Mbappé, although a much more incisive Juventus in the first half managed to tie the game with a goal from Leonardo Bonucci to complicate the existence of the Parisian team, who failed to get back in front on the scoreboard until the final stretch of the duel. Almost in the last half hour of the game, Nuno Mendes culminated a great play between Messi and Mbappé and beat Szczesny with a cross shot. But the night was not for celebrations, but to maintain the tension. Barely ten minutes later, Juve came close to surprising with a goal from Locatelli that only an offside kept him from getting on the scoreboard.

The French giant was reeling. A bit from Juve mocked him for first place and the nervousness grew as the final whistle approached. The job seemed done, but he couldn't lose sight of a Benfica team that was stepping on the accelerator against Maccabi Haifa. The Portuguese team was collecting goals on the scoreboard, in a clear intention to fight for first place until the last breath. They needed six goals if they wanted to beat the French and in an epic finale, João Mário scored the 1-6 in 92' and began to ask the bench what the hell was happening after that goal that left PSG and Benfica level. The tiebreaker in the table was broken by the seventh tiebreaker criterion in the Champions League regulations, the number of goals away from home. Benfica was first.

AC Milan, meanwhile, returned to a round of 16 in the Champions League nine years later thanks to their 4-0 victory over Salzburg, which finally earned them second place in their group. The first was for Chelsea, who did not fail against Dinamo Zagreb. Accompanying the transalpines in the second-placed pot will be PSG, Borussia Dortmund, Liverpool, Bruges, Inter, Eintracht, and Leipzig, who in group F did not give Shakhtar options and won the last ticket as second after a solid win away from home (0-4). The Ukrainian team will go to the Europa League playoff together with the Spanish Barcelona and Sevilla, who also finished in third place, and with Juve, for whom the defeat of Maccabi Haifa saved the ballot after a very poor group stage, settled with just three points. Also in the draw for the Europa League playoffs next Monday (1pm) will be Ajax, Bayer Leverkusen, Sporting CP and Salzburg, all of them eliminated from the Champions League as third in the group.