If the Ukrainian counter-offensive has been quick, through which Kyiv has this month recovered almost all the lost territory in the province of Kharkiv, the pro-Russian separatists have been quicker in seeking refuge in Russia. 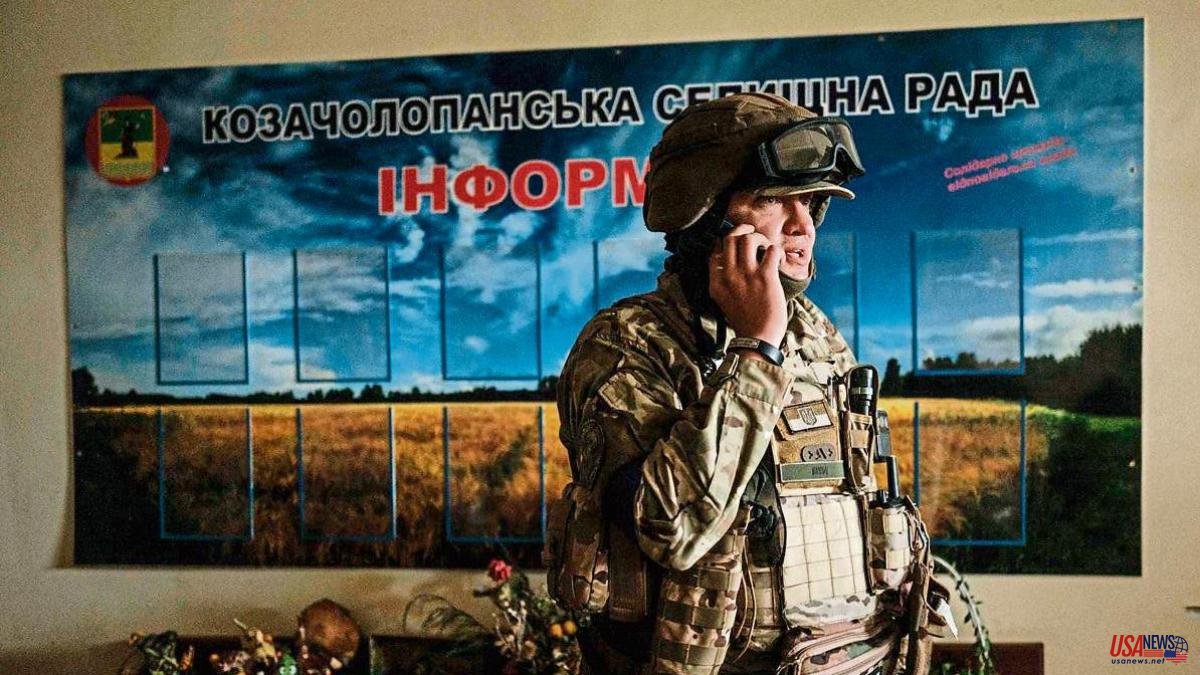 If the Ukrainian counter-offensive has been quick, through which Kyiv has this month recovered almost all the lost territory in the province of Kharkiv, the pro-Russian separatists have been quicker in seeking refuge in Russia. Yesterday, Tuesday, they announced that this weekend they will hold express referendums to join Russia, a maneuver that could further exacerbate the conflict in Ukraine. If the Kremlin accepts these territories as Russian, it will regard any Ukrainian advance as a direct attack on its country. After that, neither an official declaration of war nor a call for general mobilization is out of the question.

The progress of the Ukrainian troops in the east of the country caused nervousness in the pro-Russian authorities of Donbass on Monday. As the Ukrainian army advanced to the Luhansk province, the Public Chambers of the self-proclaimed Luhansk (LPR) and Donetsk (DPR) People's Republics called for the immediate holding of referendums and integration into Russia.

Pro-Russian officials from Jerson and Zaporiyia, in southern Ukraine, demonstrated on Tuesday.

The pro-Russian parliament in Luhansk passed a law to hold the referendum. In Donetsk and Kherson it was their leaders, Denis Pushilin and Vladimir Saldo, who made the decision. In Zaporizhia, the We movement together with Russia asked the pro-Russian head of the region, Yevgeny Balitsky, to follow the same path, although he had not yet made a decision. The express referendums will last five days, from Friday the 23rd to Tuesday the 27th.

Pushilin asked the President of Russia, Vladimir Putin, to accept "as soon as possible" the DPR's entry into Russia "in case the result is positive, about which we have doubts."

The decision, pursued for months (years in the case of Donbass) but suspended at the beginning of September due to the instability of the war, may have been rushed as the sound of Ukrainian boots approaches Donbass. The Public Chamber of the RPL appealed to the leader of the pro-Russian entity, Leonid Pásechnik, and his Parliament to speed up the holding of the accession referendum due to "the events of recent days".

On Monday afternoon the Ukrainian army crossed the border of that region, which Russia had considered taken in its entirety in July.

According to the Ukrainian governor of Luhansk, Serhí Haidái, Ukrainian troops have taken several small towns, such as Bilohórivka, just six kilometers from Lisichansk, the last city the Russians took in July.

But it is more likely that it was Moscow that gave permission for these express referendums to be held now, following the example of the one that preceded the annexation of Crimea in 2014. The Ukrainian counteroffensive and the retreat of Russian troops, explained as a "regrouping", raised blisters in the most radical sectors of the propaganda in favor of the conflict with Ukraine, who did not hesitate to criticize the army commanders.

In addition, the news about the referendums arrived yesterday accompanied by the support of important political figures in Russia.

Former Russian President Dmitry Medvedev wrote on social media that it is "essential" that referendums take place in the DPR and the LPR, before the other two regions join the party. That would further justify Russia's use of military force to protect them, he argued. “The invasion of the territory of Russia is a crime that allows you to use all the forces of self-defense. That is why these referendums are so feared in Kyiv and the West," Medvedev said.

The Russian Foreign Minister, Sergei Lavrov, supported the holding of the integration referendums. "Since the beginning of the special military operation, and in the period that preceded it, we said that the peoples of the respective territories should decide their fate," he said.

Ukraine's president, Vladimir Zelensky, has warned on several occasions that Kyiv would withdraw from any dialogue process with Moscow if referendums are organized in the regions seized by the Russian army. In the Kremlin they always responded that it was not Russia who wanted to celebrate them, but the inhabitants of those regions.

Andrí Yermak, head of the Ukrainian presidential administration, yesterday denounced a "blackmail" by Russia motivated by "fear of defeat." And he declared that the Russian "threat" "can only be removed by force."

Serhí Haidai said on Radio Svoboda that after the “fake referendums”, Moscow will consider the Ukrainian offensive as a “direct attack on Russia”, which will allow Moscow to “generally mobilize and declare war” officially.

In addition to the rush of the call, after almost seven months of armed conflict, the Russian and pro-Russian troops have not been able to overcome the Ukrainian resistance in the Donetsk province (where they control 55%). In Luhansk, which they do control almost entirely, they could back down, depending on the Ukrainian push. Kyiv still controls a small part of Kherson's territory and almost half of Zaporizhia.