Progress should save all the innocent

If we could walk the chain of command, the one that goes from the president of a country at war to the entrenched soldier in the front row, and if, in addition to following it, we could understand it, nothing would change, but we would see hope. 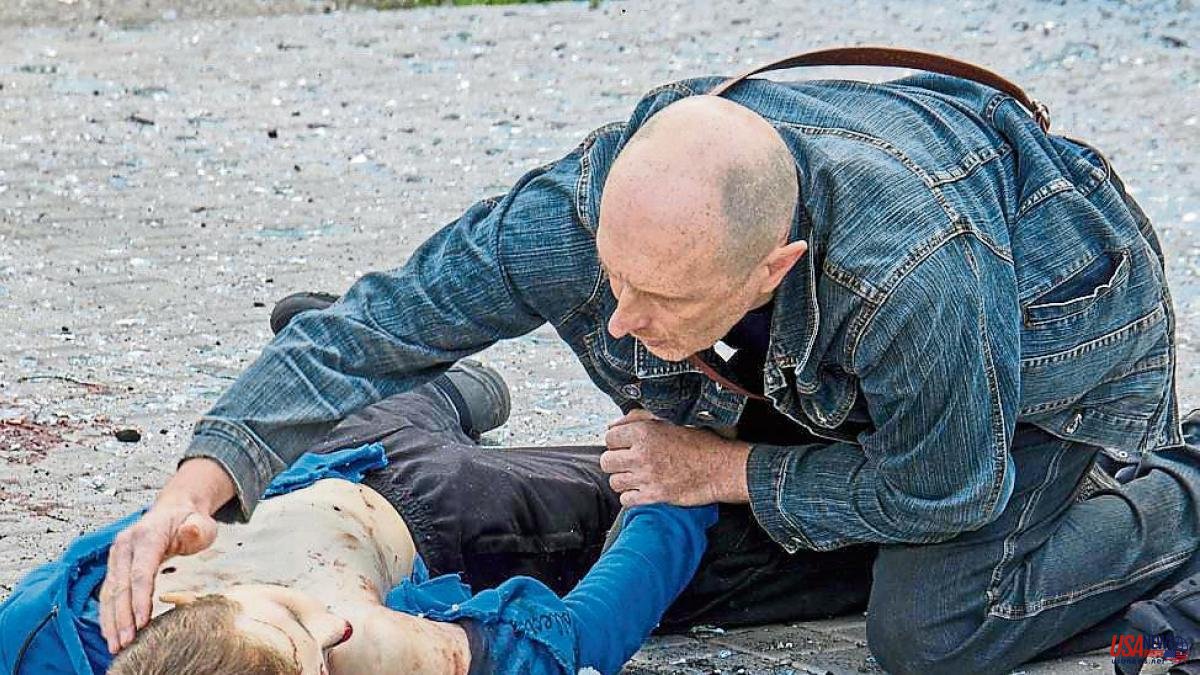 If we could walk the chain of command, the one that goes from the president of a country at war to the entrenched soldier in the front row, and if, in addition to following it, we could understand it, nothing would change, but we would see hope. The orders would continue to come down from the sky and activate the springs that open fire, but we would see the light that blinds us and illuminates us.

There is nothing to understand in the moral vacuum of a war. We can observe it and be horrified, but it is impossible to rationalize the images it provokes.

I think of the photograph of the teenager killed last week by the bus stop in Kharkiv, the victim of a Russian rocket. The innocence of the son and the compassion of the father are meaningless. We have seen such atrocious scenes in all the wars of all the centuries and we cannot explain them.

We can analyze a political process and a military campaign, we can speculate on the motivations of the opposing sides, but we cannot rationalize the violent death of a young man on a Kharkiv street.

If we try, we hit the wall of force, and force is everything. Force and chance, much more than thought and justice, trace the paths we travel like yoked horses. Force and chance bend us, but they also lift us up.

If the young man from Kharkiv could come back to life and rise above the horror, he would show us the way. He would trigger enthusiasm and fantasy, and confirm, as Lazarus did, that hope is much more important than the resurrection.

The same hope that Ukraine sows with corpses fills the most advanced semiconductors with invisible circuits. It is Putin's hope of recovering the nineteenth-century Russian empire, but it is also humanity's hope of a better world.

It is clear that hope in progress solves nothing and can complicate everything, but it is the only thing that saves us from barbarism.

Ukraine's war is being waged over land and raw materials. It is ancient and paranoid, ultra-nationalist and ultra-religious. Putin does not want a democratic and pro-European Ukraine that will inspire the Russian people. The German idea that energy dependency would appease the new Kremlin tsar is not an idea of ​​progress but of convenience. If progress had mattered, the Russian army would not have invaded the Ukraine and the young man from Kharkiv would still be alive. Reason would have known how to take advantage of force and chance.

Progress, however, has a determining weight in the Taiwan conflict. The world would come to a standstill without chips from the Taiwan Semiconductor Manufacturing Company. Almost 90% of the most advanced semiconductors come out of the production center on the outskirts of Taipei. There should be no more essential factory anywhere else in the world. The progress of China and the West depend on it.

Taiwan is the territory that will determine the pulse between China and the United States for world supremacy.

President Xi demands reunification and his army prepares for an invasion. The United States will defend the island and, for now, the simulated war scenarios in Beijing do not seem to guarantee victory. Not, at least, without causing many deaths and destroying the valuable chip industry.

Progress discourages invasion. Xi would do well with a successful campaign, it would secure him a mausoleum next to Mao's, but he knows now it would be a disaster. He must wait until his army and his industry become more capable.

You need better weapons and to get them you need better chips. A few days ago it emerged that the Semiconductor Manufacturing International Corporation – the Chinese rival of the Taipei company – is capable of producing ultra-thin circuits, 100,000 times thinner than a human hair, and connecting them on a chip that is only seven nanometers wide. Just two years ago, Chinese scientists couldn't get their chips smaller than 40 nanometers. Now they can rival those of Taiwan. The war would ruin these essential advances to master artificial intelligence.

The power of a nation is not measured today by the territory it occupies but by the capacity it has to produce semiconductors. Putin does not know it, but Xi is very clear about it. Until now, Chinese nationalism has not provoked any war. It has crushed the Uighurs in Xinjiang and the Democrats in Hong Kong, but has not caused any armed conflict.

Taiwan is concerned, the verbal escalation between Washington and Beijing, the risk that an exaggerated military provocation triggers a rain of fire. Military rhetoric and exhibitionism can precipitate war. But today it is hard to imagine a young Taiwanese being shot down on a Taipei street by a Chinese missile. As he waits for the bus, he is protected by progress, the hope of a technological leadership that China has within reach.

If the presidents of the nations that set the course of the world shielded progress, if they isolated it from atavism, no one should give their life for the country and no one, at any bus stop, would be exposed to the death caused by force and random.