Primavera Sound is flooding the city of Barcelona with music with its return after two years of absence. 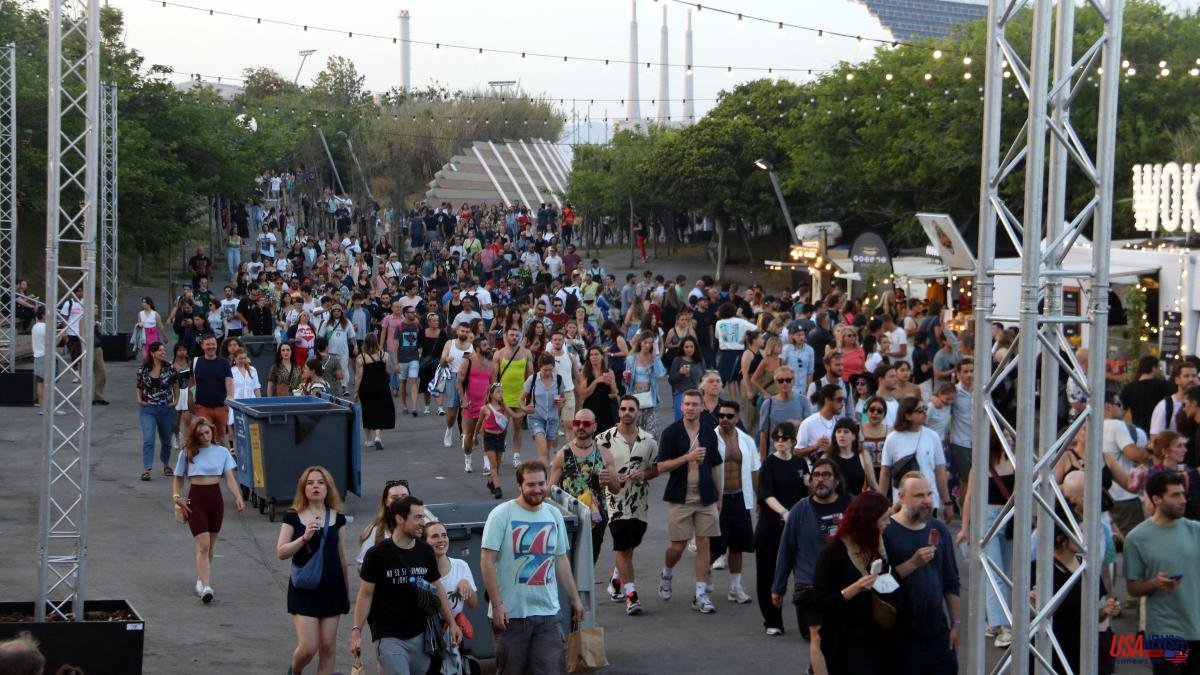 Primavera Sound is flooding the city of Barcelona with music with its return after two years of absence. After a first weekend full of concerts and a large influx of people, the live performances have continued during the week in the Primavera a la Ciutat cycle, where multiple artists have taken to the stages of different venues in the Catalan capital.

This Thursday kicks off the second weekend of the macrofestival, in which, over three days, some of the most anticipated performances of the lineup will be concentrated again. Thus, the Parc del Fòrum reopens its doors to host a huge number of concerts on its 14 stages. Below you can consult all those that will take place on this first day of the second weekend of Spring, with their respective spaces and times.

In this case, the starting point of the fourth official day of the festival will be on the Cupra stage with the sea in the background. The Galician quartet Agoraphobia, now immersed in alternative rock, will be in charge of opening the day (4:15 p.m.). It will be followed by the British Future Utopia (5.50pm), the post-punk band Squid (7.45pm) and the alternative rock group Slowdive (10pm).

In the early hours of the morning, the same space will be performed by the American rapper Playboi Carti (12:40 a.m.), the artistic pseudonym of Jordan Terrell Carter; the duo of DJs and producers Bicep (03:05 am) and 2manydjs (04:40 am), who will close the first day of the second weekend at Primavera.

The Estrella Damm space will also host today some of the festival's great live performances. This Thursday will be the turn of the Argentine indie rock band He Killed a Motorized Police (6pm), the American musical trio Khruangbin (8:05pm), Gorillaz (11:05pm) and the rapper Tyler, The Creator (02:20am) . The last two artists repeat at the festival, since they were already on the bill for the first weekend.

On the pull stage

At the same time, the musical project of R

On this fourth official day of the festival, the concerts that will be offered from the NTS Warehouse, the space with the most avant-garde sounds, will be that of the Catalans Tarta Relena (10 pm), the trio formed by Oren Ambarchi, Konrad Sprenger and Phillip Sollmann (11:20 p.m.), the Kenyan grindcore and noise duo Duma (12:40 a.m.), Gabber Modus Operandi (1:40 a.m.), artist Slikback (2:25 a.m.) and DJ and producer Anz (3:55 a.m.).

Likewise, the Boiler Room X Cupra will host, non-stop, the Moonshine x Voodoo Club collaboration, from 6:00 p.m. to 12:30 a.m., which will be followed by Malek! x Ego Morales b2b, San Faranfina, Hirma, Vanyfox, Slimboy Flacko x Oseka b2b and Pierre Kwenders. Casa Voayger's music will occupy the stage from 00:30 until the end of the day, with Malika, Carin Kelly, Driss Bennis aka OCB, Mad Miran and Alia, in that order.