Prepare your wallet: fast food arrives by plane in Alaska

In Alaska there are hardly any roads, to the point that Juneau, the state capital, can only be reached by air or sea, and ninety percent of the territory is only accessible by hydrofoil or a Cessna (the percentage of inhabitants with pilot's license is the highest in the world). 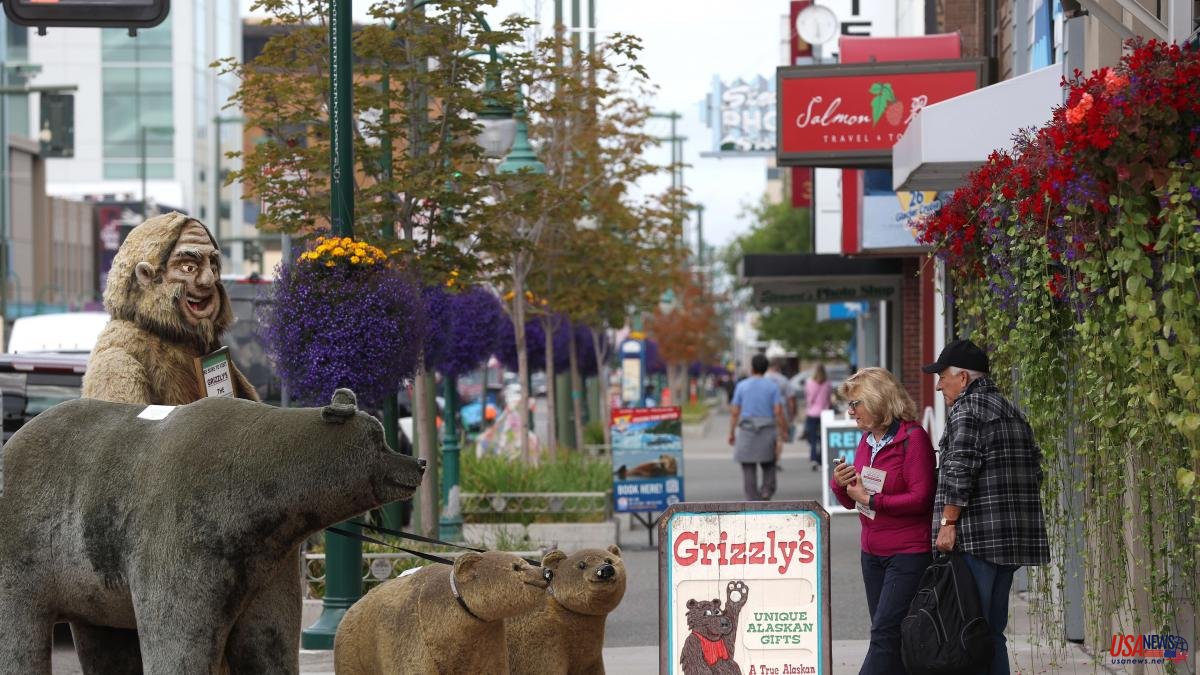 In Alaska there are hardly any roads, to the point that Juneau, the state capital, can only be reached by air or sea, and ninety percent of the territory is only accessible by hydrofoil or a Cessna (the percentage of inhabitants with pilot's license is the highest in the world).

Building materials, furniture, vehicles, beverages and non-perishable food are ordered months in advance and arrive by ship during the summer months, when the waters of the Bering and Beaufort seas are passable thanks to melting ice. Dilapidated cars, snowmobiles and sleds, broken TVs, fridges and washing machines are piling up on the streets of the far north, like Barrow, simply because they can't be disposed of.

Come on, that while in most of the planet it is the most normal thing in the world to order some pizzas (or even a gourmet meal) through the phone app and expect that after half an hour it will be on the table, in Alaska and the Canadian arctic region things are a bit more complicated, and a craving for hamburgers or fried chicken requires considerable logistics to be fulfilled. If you can't even get some tomatoes, let alone some tacos or some enchiladas...

That was the case until now, because the latest revolution on the roof of the world is food delivery orders using, instead of bicycles or motorcycles as in the cities, Cessna planes from regional airlines that transport delicacies even hundreds of kilometers to reasonable prices.

In Alaska, everything is enormously expensive due to the distance, but the salaries are reasonable, so much so that paying fifty euros for a couple of hamburgers or some chicken legs, some fries and a Coca-Cola does not seem exorbitant. Especially if you live in Nikolai, Fort Yukon, the Upper Kuskokwim region, or any of the many towns without so much as a grocery store or restaurant, where the menu of the day is the Eskimo diet of seal blubber dumplings, of elk or soup of whale blood, which, as strange as it may be in other cultures, seems to many to be a gourmet meal.

But everything has its moment, and everyone gets tired of seal blood. So airlines like Alaska Air Transit, Midnight Air or Lake

A frequent problem, especially in winter, when temperatures can drop to fifty degrees below zero, is that the food arrives frozen, or that the flights have to be suspended due to storms and the customer, who was already licking his fingers and licking his lips of taste, stay composed and without a girlfriend. Or in this case, no hamburger. But the eventuality is already foreseen and if it happens, the airline employees eat what was in the packages at cost price as if it were their dinner, and the restaurant prepares the same order for the next day.

Things are worse in the rest of the United States and Europe, where you can arrive at the airport, find your flight canceled due to lack of staff or a crash in the computer system, lose your luggage and spend up to two days wandering around Heathrow, Schiphol or the JFK like a lost soul waiting to board.

In a wild region where people are used to hunting in the summer and freezing their food to keep it going through the winter, home delivery is a real revolution. But the staff has found that a hot dog or chicken wings, for some reason, taste better if they've traveled across Cook Strait or over Mount Denali. Even if they arrive cold. It's like tasting a piece of the city in the middle of nowhere.