Portray what you live: skaters, punks and rappers

Many cultural practices that emerged on the margins end up, over time –sometimes faster, sometimes more slowly–, absorbed or assimilated by what, via anglicism, we call mainstream. 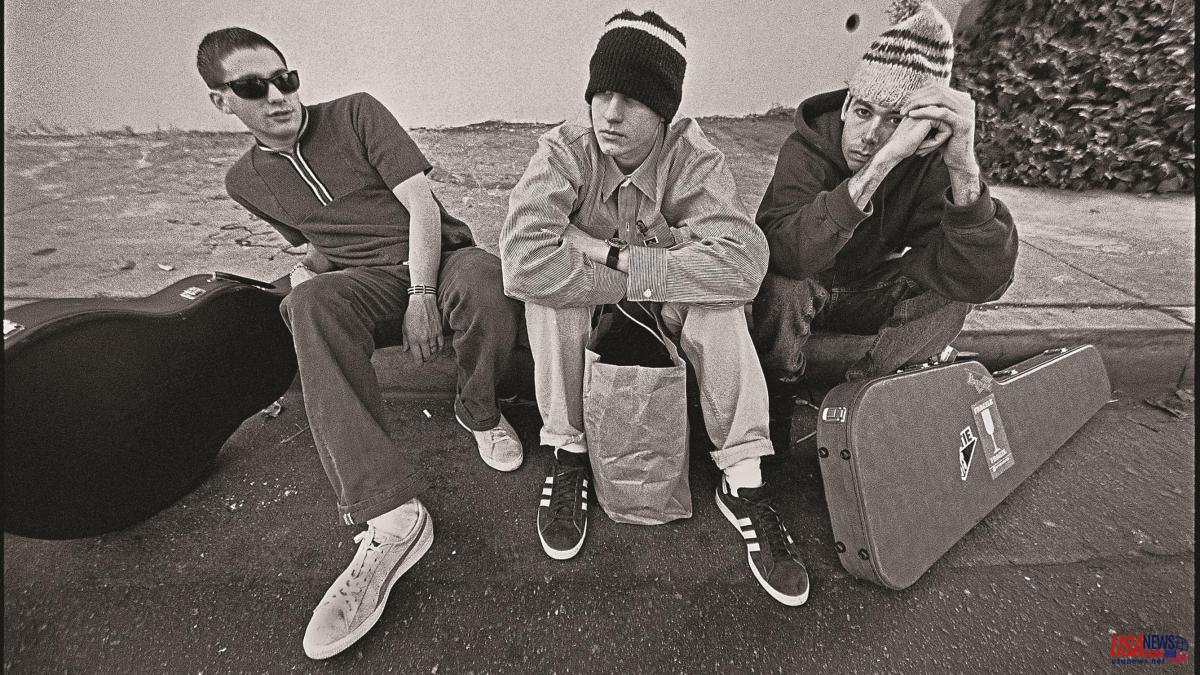 Many cultural practices that emerged on the margins end up, over time –sometimes faster, sometimes more slowly–, absorbed or assimilated by what, via anglicism, we call mainstream. The mainstream. A trip in which, often, they lose much of what they could have against, or against. What was defiant in them. Thus, for example, with some music, in the seventies and eighties of the last century, punk and hip-hop.

But already in their first steps, there is almost always someone capable of detecting that they are something special and that they deserve attention. It is what a young photographer did in the United States in those years (1970-1990) with the emergence of the first punk bands and rap groups, both on the East Coast (New York) and in the West (Los Angeles) . That young photographer, who also documented the then incipient world of skateboarding, is called Glen E. Friedman (1962) and is today considered one of the greats in his profession, whose gaze is essential to know what those (counter) cultural practices consisted of in its beginnings. A good sample of his work can now be seen in the form of an exhibition in Barcelona. (Burning Flags Tour, until June 21, c/ Sant Pere Més Alt, 19).

Friedman is not very used to exhibits in large museums and galleries, although in all these years he has traveled the world with his work and a sample of his photographs can be found in some of the most outstanding museums and art collections (such as the Met, the Metropolitan Museum of Art in New York). Friedman prefers to control where and how his photographs are shown and usually prefers to stay away from large commercial operations, sponsors and large spaces that, ultimately, do not connect with the spirit of his work. This is what happens with the images that have now arrived in Barcelona, ​​inaugurating a space that, perhaps, after this experience, will also end up becoming a new exhibition hall in the city.

The selection of images that make up the exhibition is fully representative of Friedman's work. Whatever the field, skate, punk, hip-hop, Friedman's gaze that is caught in her photographs is not that of an alien witness to what we see. More than portraying what he sees, Friedman portrays what he lives. Living it is what drives him to make it known. And he does it through his camera.

As he explains for Culture/s, “when I was a child, a teenager, and in my twenties, my lifestyle, my choices, the cultures in which I lived affected me a lot. Those cultures and activities I was involved in inspired my life and set me on the path I have followed ever since. Those experiences inspired me as an artist and a human being and that is why I did the work that I did.”

Skateboarding was his apprenticeship as a photographer, a world that he knew closely in Los Angeles and that led him to publish his first images, while still a teenager, in specialized magazines. His of him are some of the best known snapshots of Tony Alva, possibly the most famous skateboarder and one of the most influential. Many of the images of skaters that can be seen in the exhibition show these young roller boarders sliding and flying in empty pools, a practice they discovered in those days coinciding with a drought in California that left the pools without water.

But Friedman wasn't alone with the skaters. Also in those years, the late 1970s and early 1980s, he came into contact with an emerging North American punk music scene, both in California and New York, and became one of the first to document the activity of those artists. that inspired him for their radicalism and rebellion. Groups like Black Flag, Bad Brains, Minor Threat, Suicidal Tendencies, Dead Kennedys or Misfits found in Friedman's camera the eye that was going to make them iconic. As can be seen in the images of him (many of these visible in the Barcelona exhibition), Friedman is not a distant spectator. The strength of the photographs of him lies largely in their proximity, in the immersion of him, together with some musicians who at that time did not know the distance between the stage and the public.

Friedman's work was soon recognized, especially by the followers of those groups that contributed something new, not only musically. In 1982 he self-published a photo-zine (a fanzine in photos), My Rules, a compilation of images of that scene which, distributing it himself, managed to sell ten thousand copies.

But not only the music and the vital and political attitude of punk inspired Friedman. Another of the emerging scenarios of those years was the world of hip-hop, with which the photographer came into contact above all through the New York band Beastie Boys. Of them he made some of the most iconic images of him, like the one that finally occupied the cover of his album Check Yor Head. But it wasn't just the Beastie Boys, Friedman's camera also immortalized other great groups and artists of the time such as Run-DMC, Public Enemy, Ice-T or LL Cool J.

Unlike his photos of punk groups, the images of rappers do not usually show them at concerts but on the streets. As if Friedman wanted us to understand that the essence of these musicians is found in the streets, that this is their natural setting, the one that gives meaning to their music.

In a collection of images, those of the Barcelona exhibition, which its author believes "should continue to inspire even more than at the time they were made", there are only two recent photos: a portrait of the nonagenarian linguist and thinker Noam Chomsky and another by Russian artists Pussy Riot. A shocking choice at first glance but revealing what it is that continues to inspire Friedman. And a choice that is not so surprising, especially if we take into account that, in addition to being an artist of photography, we are also dealing with an activist who is committed to those causes that he considers important, from his veganism to his participation in movements against the war. , the policies of the Republican party, Occupy Wall Street or Black Lives Matter.

And now that the pioneers of skateboarding, punk or hip-hop are long gone, where would Friedman put his camera eye if he were a twenty-year-old photographer? What would be the photos of him? "They would be about what they were then," he says, "my life, my inspiration, my responsibility to spread understanding, illusion, trust, radicalism, rebellion and anything else that helps inspire others to understand that their feelings are valid, and that it is necessary to express them so that we can improve the lives of everyone on the planet”.

So what should be the goals of a young photographer today? “Young people have to inspire each other, it is their duty and responsibility towards each other. My old, now iconic images are great for inspiration, I did my job and I'm proud of it, but it's the young people's turn to do it for themselves! It is not I who must create the images of them, it is they who need to speak to their own generation. I just hope that my work, which started so young, inspires some to have the heart, integrity, eye for beauty and passion that I did!”

At the moment, that passion can be seen in the Burning Flags Tour exhibition and, also, in some of his books such as My Rules, Fuck You Heroes, Fuck You Too, The Idealist, DogTown - The Legend Of The Z-Boys, Recognize, Together Forever or What I See.