Popovicci: the Romanian phenomenon who reigns in swimming at 17 years old

At just 17 years old, David Popovici has insisted on being the swimmer of the moment and one of the best athletes today. 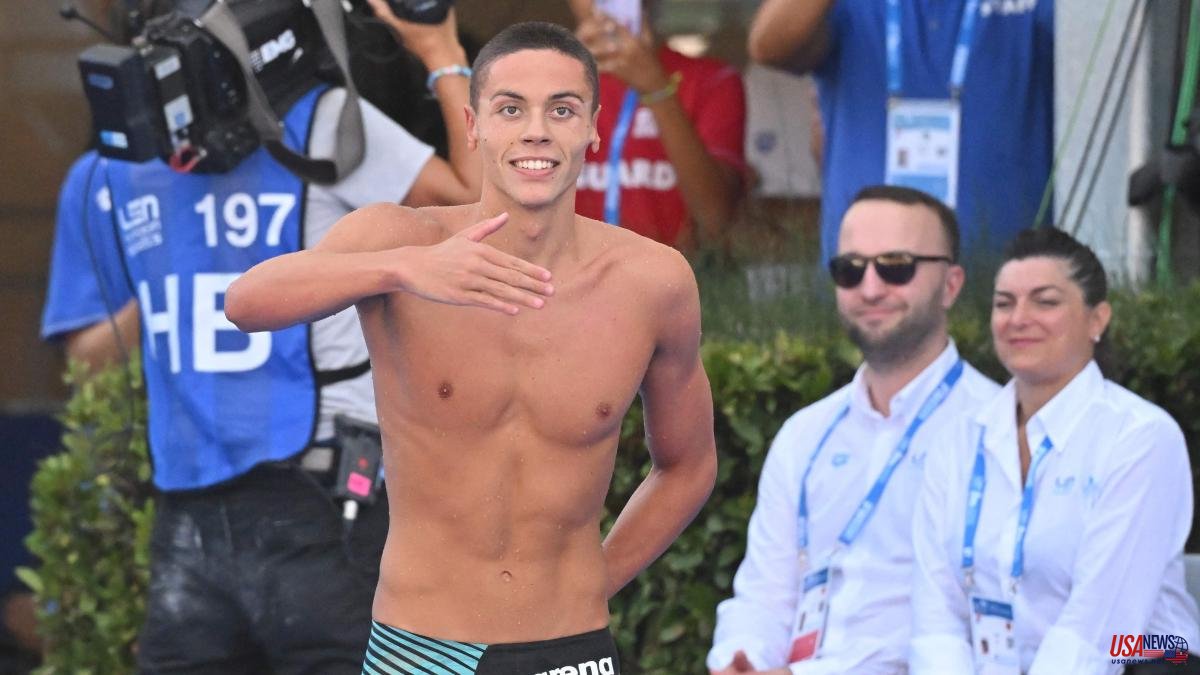 At just 17 years old, David Popovici has insisted on being the swimmer of the moment and one of the best athletes today. This summer, in the last two months, between the World Championships in Budapest and the European Championships in Rome, the boy has battled against swimming history: he has outshone Caeleb Dressel, he has beaten the historic César Cielo and he has approached a hundredth of the second best brand of all time, by Michael Phelps. The Romanian phenomenon rubs shoulders with myths.

Remember: Popovici is only 17 years old.

At the Foro Italico in Rome, yesterday the kid from Bucharest was crowned two-time European speed champion by adding gold in the 200 to the 100 free on Saturday; two continental titles that he adds to the double distance world throne that he achieved in June. Four absolute golds just 56 days apart.

In the European final of the 200 free, Popovici had everything to win: his 4th place at the Tokyo Games at just 16 years old, his world gold less than two months ago in Budapest – with a junior world record – and the absence of his great rival, the Hungarian Kristof Milak, one less incentive. But that did not prevent him from flying in the Foro Italico swimming pool: 24.10 in the first 50m relay, that is, 13 hundredths below Biedermann's world record; in the 100 he scored 50s35, already above the record; in the 150 he was already a couple of meters ahead of his immediate pursuer, the Swiss Djakovic, who finished 2.63 seconds behind. With a last post of 26:21, Popovici rose to the third best mark in history in the 200 free, just one hundredth behind Phelps and 1:03 from the world record of 13 years ago.

His progression has no ceiling. At his unstoppable pace, in Paris 2024 he should be one of the stars. “He will turn 18 in September, his body will grow and evolve into that of a man; it will be a challenge to find the right direction to get a good balance between strength and efficiency; we will see in the next five years...”, said his usual coach, Adrian Radulescu, to whom they took a skinny boy, with scoliosis –deviation of the spine– to swim on medical recommendation. “He came to our club when he was nine years old, it was not easy to train because he wanted to have fun, like all children, but he already had something special: he was very competitive. He only realized his potential when he was 10-11 years old: he already had the intelligence and the talent.”

The Spanish delegation was present in three finals, with a prominent role played by Paula Otero, a very young 18-year-old swimmer from the CN Arteixo, who was 4th in the 1,500 free. Ángela Martínez was 6th. In the 200 breaststroke, Jessica Vall –in her 5th consecutive European final– finished last (8th), as did the 4x100 free mixed relay. She was again out of the Mireia Belmonte final, this time in the 200 IM, with a disappointing 14th place. Alba Vázquez was 11th.