Pope Francis wanted today to encourage dialogue with Russia in a long press conference aboard the papal plane back from Kazakhstan, where he closed a three-day trip focused on the VII Congress of Leaders of World and Traditional Religions. 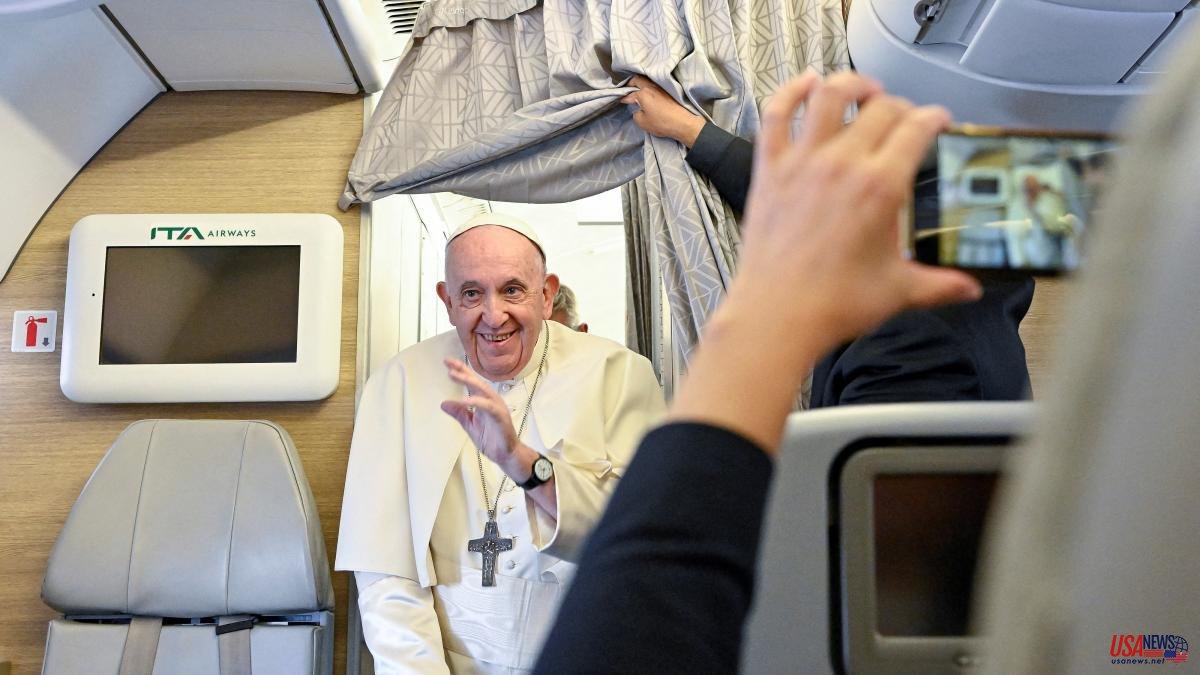 Pope Francis wanted today to encourage dialogue with Russia in a long press conference aboard the papal plane back from Kazakhstan, where he closed a three-day trip focused on the VII Congress of Leaders of World and Traditional Religions. The Pontiff considers that there can be no red lines in the dialogue with Russia, with any power that is at war even if it is "the aggressor". "You have to do it, he sucks, but you have to do it," he maintained, saying that otherwise the doors to peace are closed.

Francisco, who has always criticized the arms industry, on this occasion has defended the shipment of weapons to Ukraine, something he sees as "morally acceptable". In his opinion, it can be moral if the motivation is to defend oneself, which "is not only lawful, but also an expression of love for the country." "He who does not defend himself, he who does not defend something, does not love it, while he who defends, he loves." On the other hand, it is "immoral" if it is done to sell more weapons, cause more wars or dispose of those that are already used.

This message of the outstretched hand to Russia follows one of the speeches he gave in Kazakhstan, where he once again reminded the most important religious leaders in the world that no war can be justified. His message was understood as an implicit criticism of Cyril I, the patriarch of the Russian Orthodox Church, who finally declined his participation in the congress and avoided a second meeting with Jorge Mario Bergoglio, despite the fact that he had stated that he hoped to see him and speak "as a shepherd"

Asked by journalists about the "loss of moral values ​​in the West", something evoked during the interreligious congress, the Pope has named Spain, referring specifically to the emptied Spain and the reception of immigrants. “What has the West lost by forgetting to welcome, when really it needs people? If you think about the demographic winter that we have, we need people: both in Spain – in Spain, above all – and in Italy, there are empty towns, there are only twenty elderly people, and then nothing”, he explained.

Later, referring specifically to euthanasia, condemned by Catholicism, he has been very forceful: “Killing is not human, period. If you kill with motivation, yes... in the end you will kill more and more. Let's leave killing to the beasts”.

Francis has also reported that "there is dialogue" with Nicaragua, a country where tensions between the State and the Catholic Church have increased with the arrest, in August, of the Bishop of Matagalpa Rolando Álvarez -he had denounced the closure of Catholic radio stations and demanded respect for freedom of worship – and the expulsion, a few days later, of 18 nuns from the congregation founded by Mother Teresa of Calcutta.

"At least I hope that the nuns of Mother Teresa will return - he wished -. These women are good revolutionaries, but from the Gospel! They do not make war on anyone. On the contrary, we all need these women.” In Latin America, he has concluded, "there are situations like this, both on one side and the other."