Pope Francis will not attend the funeral of Elizabeth II

Pope Francis will finally not attend the funeral of the queen of England Elizabeth II, which will be held this Monday in London. 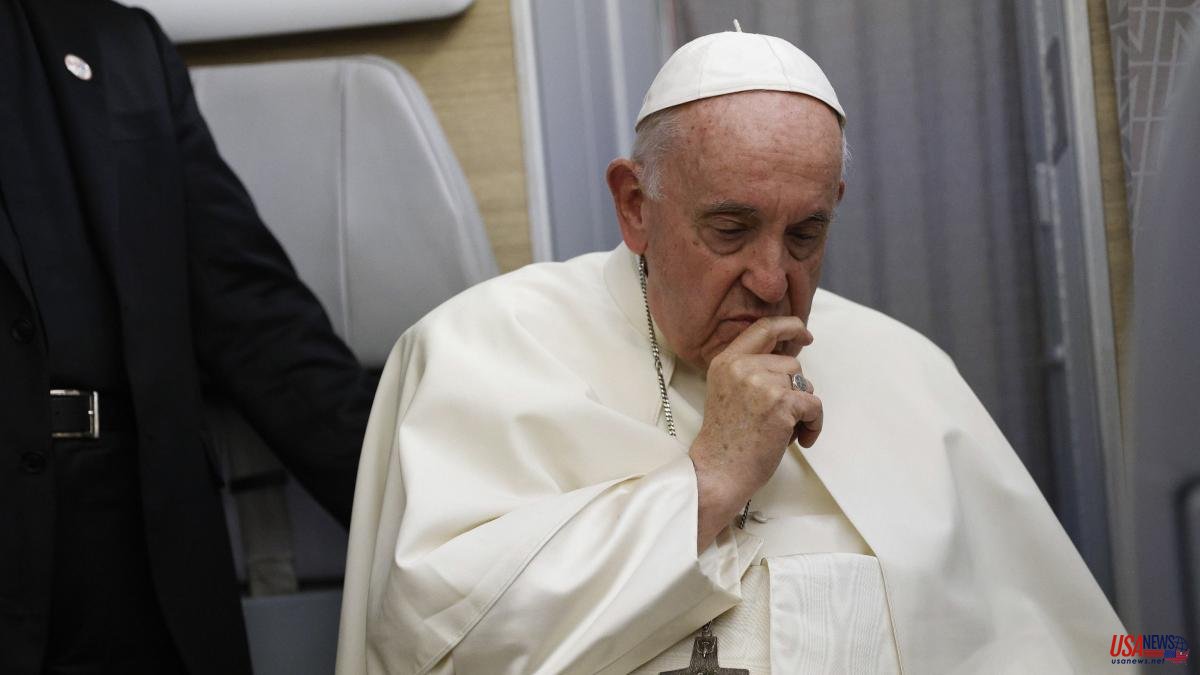 Pope Francis will finally not attend the funeral of the queen of England Elizabeth II, which will be held this Monday in London. The Vatican has decided to send in his place the Secretary for Relations with States, Paul Richard Gallagher, better known as the "minister" of Foreign Affairs of the Holy See.

It will be he who will attend the ceremony that will take place at Westminter Abbey to bid farewell to the one who was also the supreme governor of the Church of England. It is something that was expected due to the state of health of the Pontiff, who is still suffering from his knee problems. “As for travel: it is difficult. The knee has not yet healed ”, recognized Francisco, 85, during the press conference on his return from his recent trip to Kazakhstan.

The Pope suffers from a problem with ligaments and cartilage wear in his right knee that causes such severe pain that he has to move around with a cane or in a wheelchair. In Kazakhstan, for the first time he needed a ramp to get off the plane. A few months ago he had to postpone a trip to the Democratic Republic of the Congo and South Sudan at the last minute because the doctors considered that he would jeopardize the progress made.

The election is understood as a gesture of deference to the English Gallagher, born in Liverpool. He is a diplomat who has represented Francis on many occasions. For example, in May he traveled to Ukraine to express the closeness of the Vatican to the population affected by the conflict.

The Argentine Jorge Mario Bergoglio is one of the four popes that Queen Elizabeth II met during her reign, during a visit that the queen made to Rome in 2014. Then, the Pontiff gave him a silver and lapis lazuli cross for his great-grandson, Prince George, and the sovereign reciprocated with a basket of food and a bottle of whiskey. Interestingly, his visit coincided with the 32nd anniversary of the start of the Falklands War.

After hearing the news of the sovereign's death, the Pontiff sent a telegram to the new British king, Charles III, conveying his condolences and extolling "his example of devotion to duty, his unwavering testimony of faith in Jesus Christ and his firm hope in his promises. “I willingly join all those who mourn her loss – wrote the Pontiff – to pray for the eternal rest of the late Queen, and to pay tribute to her life of tireless service to the good of the Nation and of the Commonwealth".