The status of Opus Dei within the Church changed yesterday after almost 40 years with the entry into force of Pope Francis' motu proprio Ad charisma tuendum, made public at the end of July. 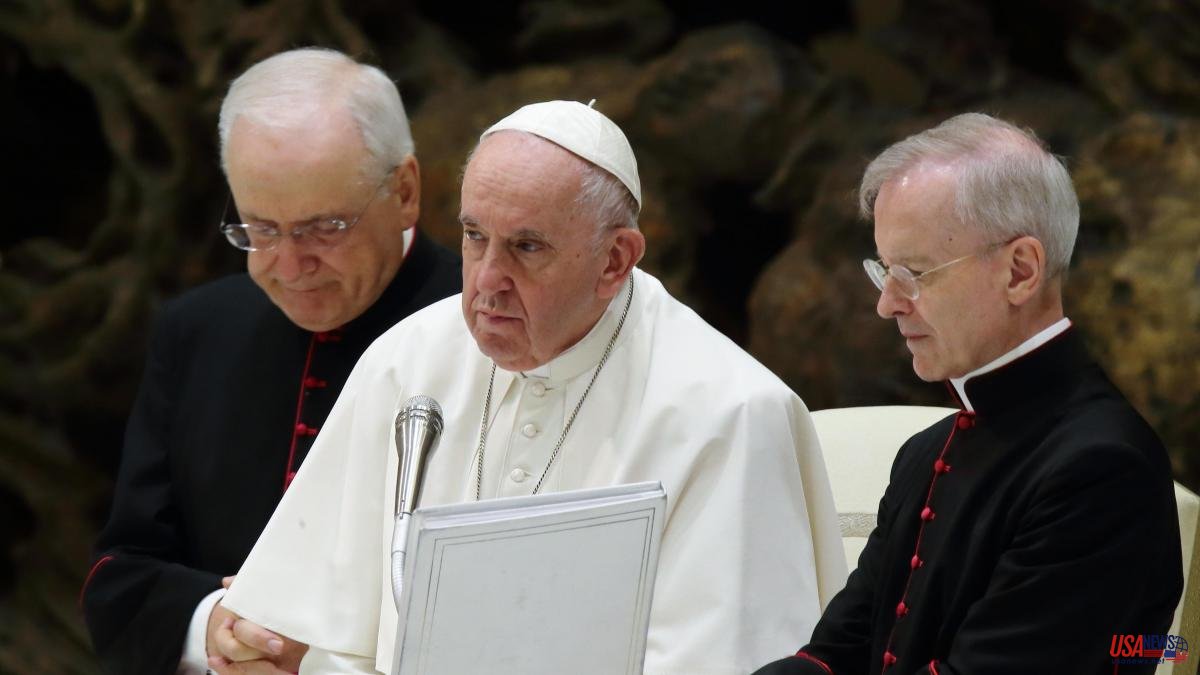 The status of Opus Dei within the Church changed yesterday after almost 40 years with the entry into force of Pope Francis' motu proprio Ad charisma tuendum, made public at the end of July. With the measures adopted, the situation of the religious organization is adapted to the reform that the Pontiff ordered for the Vatican curia in March with the document Predicate Evangelium.

The changes have not come suddenly, but it is true that until this summer there has been no specification of the scope of the new measures.

In the motu proprio, some points of the apostolic constitution Ut sit of 1982, from the time of John Paul II, are modified, and it is stipulated, broadly speaking, that the organization founded by Josemaría Escrivá de Balaguer ceases to depend on the Dicastery of Bishops to the Dicastery for the Clergy, like the rest of the religious institutions with priests. In addition, an annual report will have to be sent to the Dicastery for the Clergy on the state of the apostolic work of the prelature instead of doing it before the Congregation of Bishops every five years. And its prelate –the current one is Fernando Ocáriz– will not be able to be a bishop under the pretext that the charism of the organization will be enhanced. Opus Dei is now responsible for drafting new statutes in communion with these provisions.

What does this all mean? Until now, Opus Dei, which is a personal prelature, the only one that exists in the Church, functioned as if it were a diocese without territory. In that diocese was the prelate, the priests of the Work, as well as the laity.

By ceasing to depend on the Bishops' District and vetoing that its prelate be a bishop – Ocáriz is not, and his two predecessors, Javier Echevarría and Álvaro del Portillo, did not immediately have the miter – some aspects are clarified, Jaume Flaquer points out , professor at the Faculty of Theology of Granada (Loyola University).

“This step is taken because their situation was an anomaly from the point of view of ecclesiology. Under the prelate were the priests and the laity, and it seemed that legally and religiously they were subject to their bishop and not to the diocesan”, explains this Jesuit priest, who considers that now “there is an organic clarification”. “Opus Dei is an institution of the clergy and the laity cooperate with it. It is clear that it is a clerical institution”, adds Flaquer, who believes that the measure also affects the legal situation of the laity within the Church.

In Opus Dei, no noise has been made about the matter, and it was said from the outset that these decisions were accepted, with various readings and interpretations, in a "filial" way, while stressing that being a bishop was not a condition for “guide” and be at the forefront of the organization.

"It is an invitation to focus on our charism, our spirit and our evangelical work," say sources from the institution, who also explain that all this "is part of a much broader reform of the curia" and that "the essential remains ”. These sources, as well as others consulted, explain that the day-to-day of its members is not altered, and that the changes will only be noticed in those estates in which there is dialogue with the Vatican. Not even in contact with the dioceses should it be perceived.

But in some cases the procession goes inside, and there are those in Opus Dei who take a different view, which does not mean that there will be a response. "These changes affect the spine, a very free prelature had been set up and now there is a wake-up call, autonomy is cut and more control is imposed," laments a retired university professor who is a member of the Work, who also points out that “the fine lace that existed 40 years ago is blown up”. “After giving a touch to the German progressives, he gives it to us, he also gave it to the traditionalists, he strikes a balance”, points out this professor, who sees in it a “political gesture”.

However, other sources consulted, knowledgeable about the ecclesial reality, emphasize that "many things are happening at the same time in the Church and there is a tendency to relate one to another, although there is not always a real relationship." In addition, these sources emphasize that with the current panorama, Opus Dei is an organization "more than focused" and that it provides the Church with many priests, so it is not intended to give them any touch. With these wicks, these second readings are understood by the "pain" that the decision may have caused in the members of the institution. "Perhaps the mistake of some was to think that this status would be forever," these sources maintain.

Flaquer, in fact, highlights Opus Dei's response in a very positive way, at a time when the bishop of Rome repeatedly encounters a lot of opposition, and compares this situation with the one experienced by the Jesuits in the 1980s, when John Paul II imposed on them a major general, Paolo Dezza, who was not the one chosen by his superior, Pedro Arrupe. "There was misunderstanding, but the decision was accepted, and now the same thing happens," highlights this Jesuit.