A man on skates has been detained this Friday in London, after breaking into the secured security perimeter by surprise so that the entourage of Carlos III could pass. 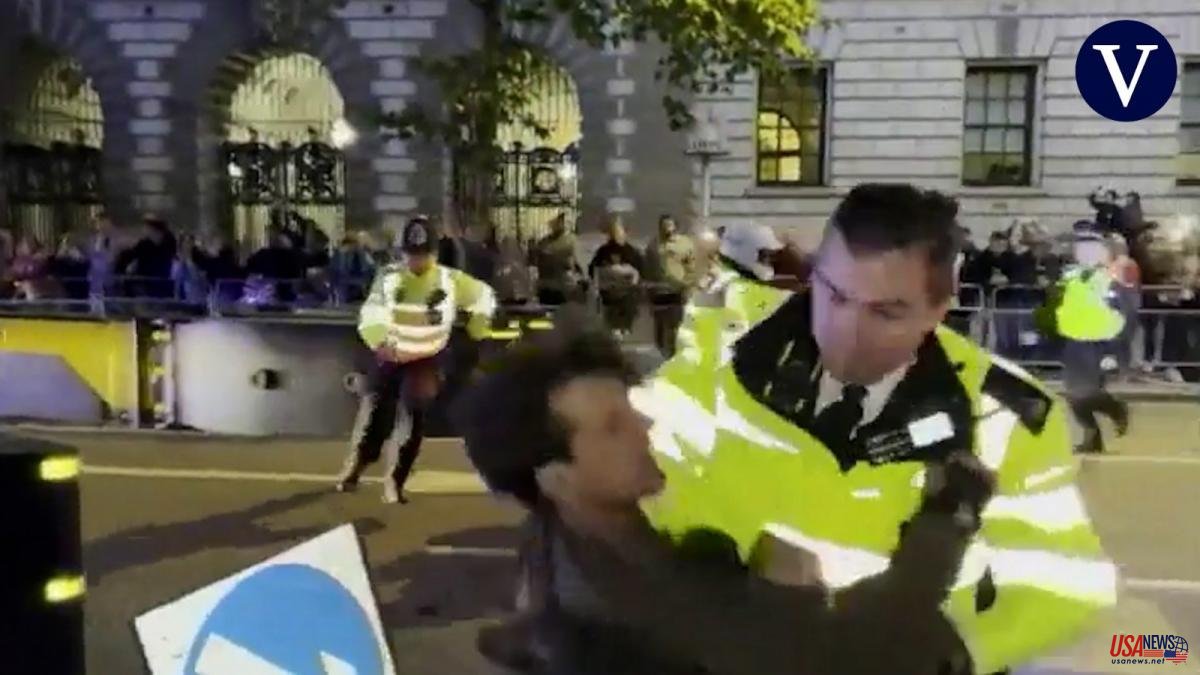 A man on skates has been detained this Friday in London, after breaking into the secured security perimeter by surprise so that the entourage of Carlos III could pass.

British Police officers intercepted the passerby, who fell to the ground at the time. The monarch was on his way to Westminster Hall to meet with his brothers and together watch over the coffin of Queen Elizabeth II.

In central London, Big Ben, Parliament, Buckingham Palace and Westminster Cathedral, some streets remain closed due to transfers due to the death of Elizabeth II. Subway stations have also been closed, specially trained dogs sniff for explosives, and if you have binoculars (or sharp eyes) you can easily spot snipers on the rooftops of strategically placed buildings.

This is the most complex police operation in national history. The one for the Olympics ten years ago, for example, could have been prepared far in advance and rehearsed as many times as it wanted, while now suddenly the security of five hundred leaders has to be taken care of.

And with around 750,000 people on the street, all of them potential terrorists and victims at the same time, who do not have to go through any metal detector machine. His surveillance will be in the hands of closed-circuit cameras and plainclothes agents infiltrating the crowd. "It's a nightmare," says a veteran of the Metropolitan Police, "whichever way you look at it.

And not only because of the danger of an attack, but also of thefts, of stampedes, of incidents of any kind”. The spirits are on the surface and there have already been verbal clashes between traditionalists who bow their heads as the funeral processions pass, and others (the majority) who are not so traditional and record the scenes with their mobiles.