Police say that 3 people were killed and 4 others were injured in a shooting at a warehouse party in Los Angeles.

LOS ANGELES -- Authorities say that three people were killed and four others were injured in a shooting at a warehouse party in Los Angeles on Sunday morning. 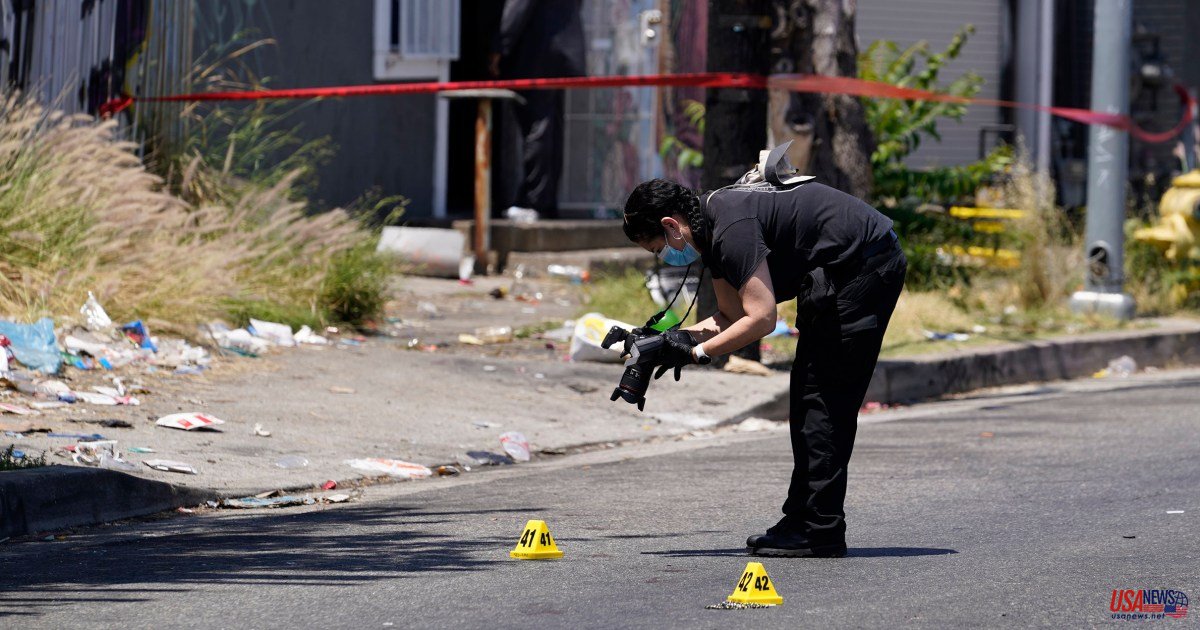 LOS ANGELES -- Authorities say that three people were killed and four others were injured in a shooting at a warehouse party in Los Angeles on Sunday morning.

According to Officer Jader Chaves (a spokesperson for the Los Angeles Police Department), one of the gunshot victims was still in critical condition Monday morning.

Investigators are still trying to determine the motive for the shooting in Boyle Heights at 12:30 AM Sunday. There is no information about the suspect.

The sidewalk was stained with blood, and the clothes -- including a sneaker-- remained on the streets for hours as detectives and forensic photographer documented the scene.

Chaves stated that two other victims were stable Monday, and that the fourth victim has been released from hospital.

Chaves stated that officers found two victims of gunshot wounds dead when they arrived at the scene. Chaves said that the third victim was later declared dead.

Two of the victims have been identified by the Los Angeles County Medical Examiner/Coroner's office as Daniel Dunbar (27) and Randy Tyson (25). Their autopsies remain pending.

MoneySign $uede, a local rapper, had performed at the party. He posted his condolences on Instagram and noted that he was driving home when he received a call regarding the shooting.

The rapper said, "I pray for all those who were injured or died last night." "My heart and condolences go out to the families who have been hurt."

Andre Preston informed the Los Angeles Times about Brandon Castro, his 18-year-old brother, who was hospitalized with gunshot wounds.