Bryan Kohberger, 28, was more passionate about the thought process of criminals doing their misdeeds than about the social factors that had driven them to commit them. 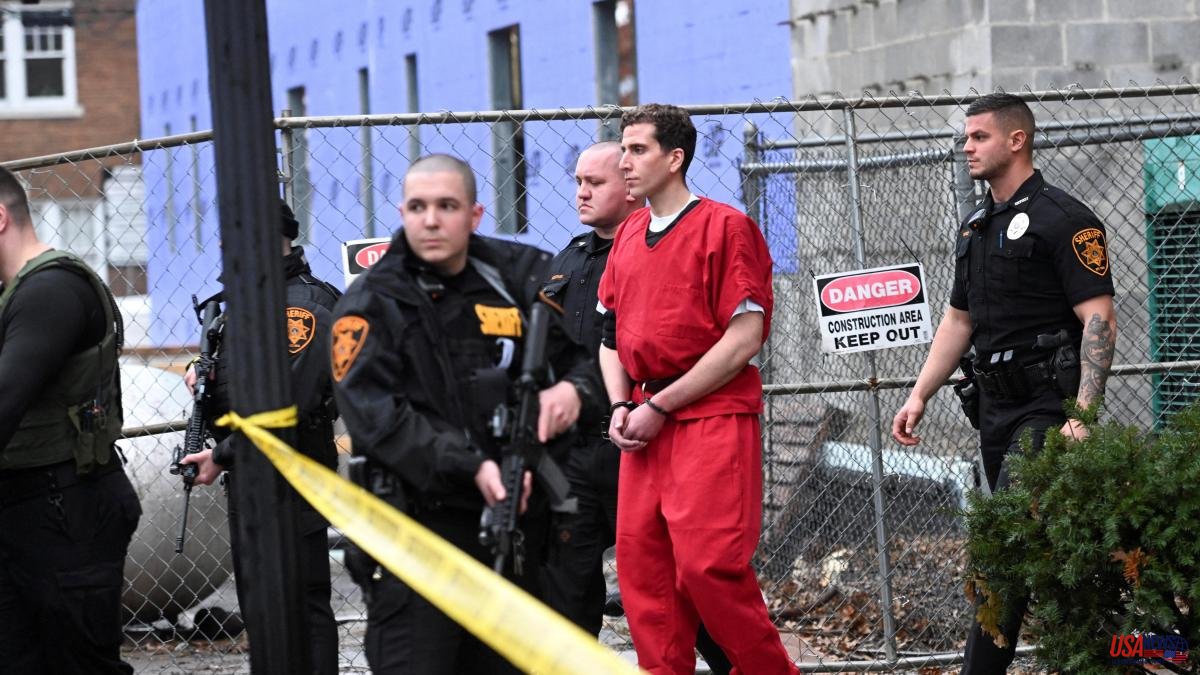 Bryan Kohberger, 28, was more passionate about the thought process of criminals doing their misdeeds than about the social factors that had driven them to commit them.

For seven weeks, fear lived in the city of Moscow, in Idaho, on the border with the state of Washington. The brutal death of four university students, viciously stabbed to death in their shared student house, on the early morning of November 13, and the absence of a suspect or clues about it, terrified a town, with more than 25,000 census holders, who did not had recorded one homicide in seven years.

Students began to move in groups (some did not return after the Thanksgiving hiatus, later that month). The residents acknowledged that they were checking how they had never made the doors and windows to be properly closed. Prepared food delivery people saw an impressive increase in work as soon as it got dark and the police, widely criticized for their silence, found a barrage of calls from residents reporting the appearance of someone they had seen on the street or a driver starting a car. overnight.

Numerous theories were propagated regarding the quadruple murder. Security measures were reinforced on the campus attended by the four victims, two 21-year-olds, Madison Mogen and Kaylee Goncalves; another of 20, Xana Kernodle, and her boyfriend, Ethan Chapin, of the same age and the only one who was not a resident of that house.

Investigators ruled out several suspects, such as the two girls who were sleeping on the first floor of the house (the crimes took place on the second and third floors) when the murders took place, without learning anything.

On Friday, December 30, Moscow breathed a sigh of relief when Sheriff James Fry announced the arrest of Bryan Kohberger at his family home in Effort, Pennsylvania, where he arrived days earlier, on the 17th, for Christmas vacation. Together with his father, who flew to Pullman, the headquarters of Washington State University (just 10 miles from the Idaho campus), where he had been pursuing his doctorate in criminology since August after graduating from DeSales University in Pennsylvania, he crossed all the country in his white Hyundai Electra, one of the key pieces that led to his arrest.

Kohberger began his trip back to Idaho yesterday. This time he was on a plane, handcuffed and escorted by FBI agents. He had appeared Tuesday in Monroe County court, to which his parents' residence belongs, and did not oppose the extradition, rejecting any attempt to delay the process. He pleaded not guilty, acknowledged being in full mental faculties, except for the "state of shock" that his defense attorney, Jason LaBar, spoke of for being detained as the alleged perpetrator of those deaths. "He thinks he's going to be exonerated," LaBar said.

The prosecutor before that court qualified that Kohberger accepted the transfer in his own interest. An Idaho law prohibits disclosure of the statement accompanying the warrant until the defendant appears in trial court. Thus, the detainee will be able to know in advance the evidence available to the investigators.

It has been pointed out that a DNA analysis, based on evidence contrasted with genealogy databases, allowed their identification, but the police assured that they have not found the murder weapon, nor did they clarify the possible relationship with the deceased.

After that November 13, Kohberger continued to attend the classrooms. They say that he seemed to have lost interest in his studies, on some occasions he would arrive late and give the impression of being exhausted. There are those who insinuate that he had already reached the end point of his investigations.