Polar cold in the coalition bench

For as long as the government between ERC and Junts lasts, the remains of the battles that have been waged in recent weeks have been present this morning in the first session of the general policy debate. 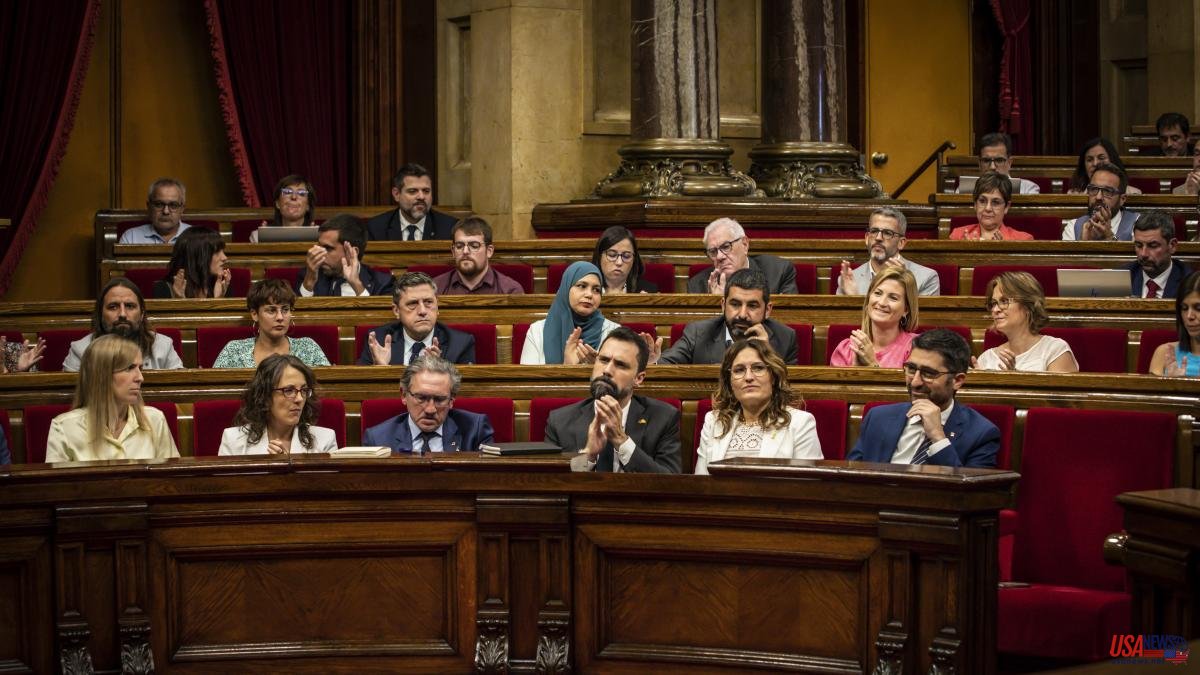 For as long as the government between ERC and Junts lasts, the remains of the battles that have been waged in recent weeks have been present this morning in the first session of the general policy debate. Present, above all, in the form of silence, a thick silence with which the deputies of the JxCat have followed the almost two hours of the president's speech.

Pere Aragonès entered the Chamber together with Minister Laura Vilagrà after walking down the corridor together from the offices of the Government. He did so without the accompaniment of any Junts minister, breaking with the usual image of the Consell Executiu meetings, always shared by the vice president Jordi Puigneró. Gestures that portray the current situation of the Catalan Executive, not only when it comes to interpreting future viability - better established than a few weeks ago - but above all to understand that each formation has decided to draw its own strategic line also within the Govern .

Aragonès began by reeling off a broad battery of social measures, announcing that he was leaving the political burden of the speech for last, and the first applause did not arrive until almost half an hour had passed. Applause before the announcement of social measures that have only come out of the ERC seats. It is not about turning politics into an 'applaud meter', or interpreting it only with this key, but this morning in Parliament the vibration was tending to zero and the faces of the Junts deputies have not been enthusiastic

The senior staff of the postconvergents arrived headed by Laura Borràs and Jordi Turull, who sat in the guest gallery, and also followed the president's speech in silence and without applause. An intervention basted throughout its journey with appeals to "consensus", "everyone" and "inclusion". Not even reaching the final stretch, with the proposal for a Clarity Agreement” inspired by the pact between Canada and Quebec to hold a referendum, has made Borràs move from his chair.

After the president's speech, the ministers of Junts did let some applause sound, but the framework they wanted to draw was already clear.

In the corridors, the representatives of Junts considered that the president's speech "comes within what is expected", thus, without accents. The session continues this afternoon, the plenary session will end on Friday, and the government will continue sailing installed in a Canadian cold.