Pogacar is out of ideas 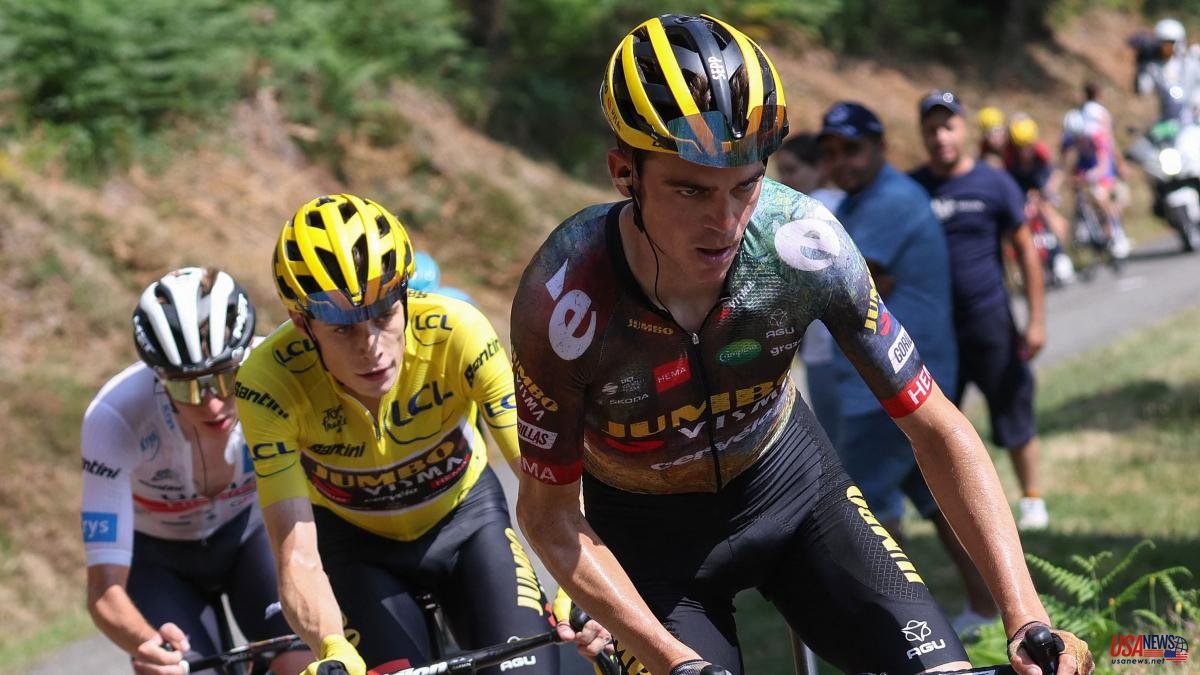 Imagination to power. Albert Einstein said that it is stupid to repeat the same experiment over and over again trying to obtain a different result. It doesn't matter if Tadej Pogacar has an iron mentality, bombproof. In the end, everything ends up affecting, making a dent, demoralizing. The Slovenian, always looking for the show and the offense, insists that he is not going to stop trying, that he has good legs and that there is enough ground to Paris. But the double champion is beginning to run out, not his strength, but his ideas.

Attacking rhymes with Pogacar, there is no doubt about that. The Slovenian race is an allegorical poem to the victory in mountain stages. The problem is that in this Tour he has found the match for his shoe in a Dane who wears yellow and who is capable of responding to all his movements. He jumped like a spring in Alpe d'Huez, stuck to him like glue in Mende and welded himself to the wheel in his two attacks this Tuesday in Port de Lers, the first of the 16th stage.

Nothing has changed after the rest day. Vingegaard is impassable and unalterable. So Pogacar has no choice but to improvise. If you can't beat the leader when the road gets steep, you'll have to try it in other circumstances, on other terrain. As soon as Lers was crowned, the white jersey sprinted under the banner of the mountain to launch into the descent.

The landscape did not change. Going up or down the same, Vingegaard responded without any problem. He did not shake his pulse for having to risk in a couple of curves. He did not give his arm to twist. There are the two minutes and 22 seconds in his favor. Immovable. So the Dane, very well supported by Kuss and Van Aert, is one day closer to his first Tour.

Because luck smiled on the Jumbo at the Mur de Péguère. When the road narrowed and the really hard three kilometers arrived, Pogacar asked Majka to set a hard pace to prepare for his breakout. The Pole left the group very small but at the worst moment he had a problem with the pedal and had to get away from him. Kuss dedicated himself to controlling the climb and the Slovenian's fourth attack did not come either in what remained of the port or in the 27 km descent to Foix, where Hugo Houle (Israel) won, the first Canadian since Steve Bauer, in 1988 .

It's hard to run when things don't work out, when fortune turns its back. That will be the thermometer of Pogacar's character. More after seeing all the hardships that Marc Soler went through during the 178 kilometers for nothing. The Catalan from the UAE, with stomach problems and who even vomited on the bike, dropped off at the beginning of the stage, on the flat and did the entire route alone, with the team cheering him on, visiting the doctor's car and with the company of the broom van that closes the race. He finally reached the finish line… but out of control and will not be able to start on the second day of the Pyrenees.