Pogacar also wins the sprint and is already the boss

The Tour will return to the Planche de Belles Filles this Friday, now renamed the Superplanche, because they have added another kilometer of climb. 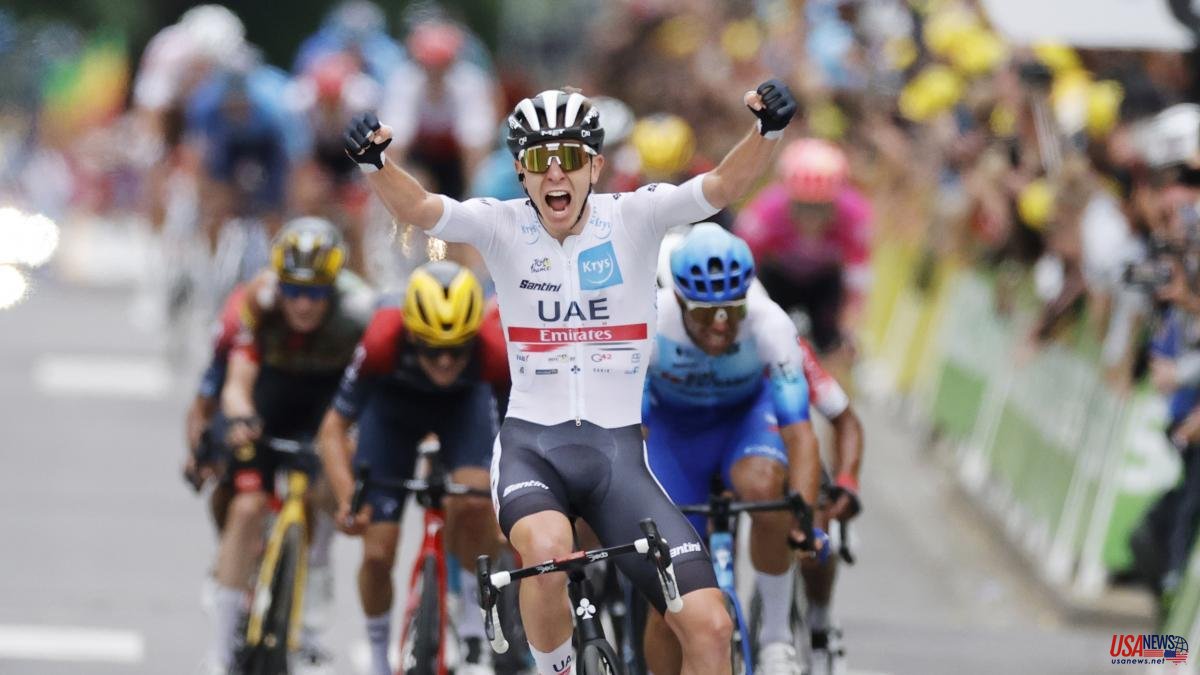 The Tour will return to the Planche de Belles Filles this Friday, now renamed the Superplanche, because they have added another kilometer of climb. And he will do it with Tadej Pogacar dressed in yellow. The Slovenian from the UAE will return to the scene of the crime, where in 2020, in the penultimate stage, in a time trial, he snatched the Tour from his compatriot Roglic, who has become the patron of the race. In case there was any doubt after frightening in the Copenhagen time trial and intimidating everyone on the Arenberg pavé, Pogacar won the sprint to the chosen group in the explosive final of Longwy.

What the boy lacked. He now has top speed too. His rivals no longer know where to go, where to hide, where to look for tickles without being photographed and fleeing fleeced.

At 23 years old, the double Tour champion is the ruler of the mountains, a consecrated fighter against the clock, he has excelled in the Siena sterrato, he had insisted on passing the cobblestones with the best and now he is also a an expert at solving nerve endings in small platoons. What was missing. Add voracity to the superiority of him.

“Tadej is perfection made a cyclist. We have all worked for him”, said his director at the UAE, Josean Matxín, at the finish line, who only became nervous due to the madness of Van Aert, the leader until now, who escaped with 148 kilometers to go.