The general secretary of Podemos and minister of Social Rights expressed this Friday, before the State Citizen Council of Podemos, her “concern” because the negotiations of United We Can and the PSOE for the approval of the General State Budgets of 2023 are “stuck ”. 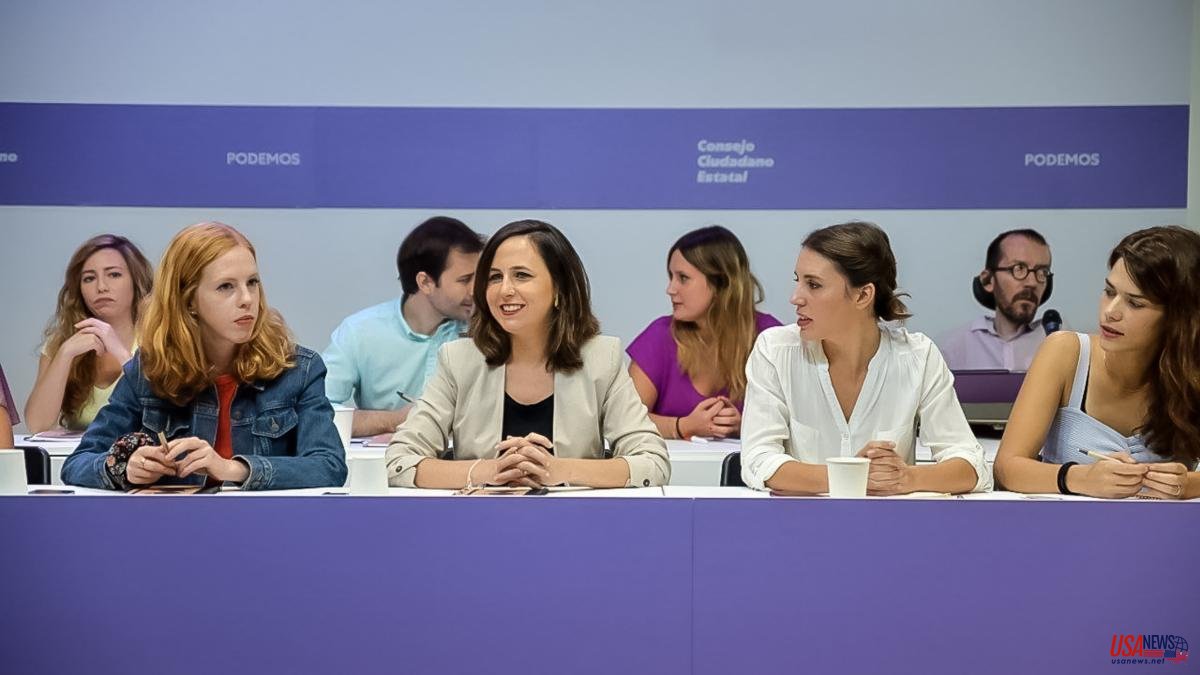 The general secretary of Podemos and minister of Social Rights expressed this Friday, before the State Citizen Council of Podemos, her “concern” because the negotiations of United We Can and the PSOE for the approval of the General State Budgets of 2023 are “stuck ”. Training sources assure that the Socialists have been installed in the "no to everything" for weeks, which has prevented progress towards an agreement.

This urgency does not only concern the 2023 accounts, but also several of the agreed legislative commitments, which the PSOE continues without deciding to address, they point out, substantially the Housing Law and the repeal of the Gag Law. Belarra alluded to this: “We urgently need longer paternity and maternity leave to care for our sons and daughters with dignity, free school supplies so that boys and girls go to school under equal conditions, a law of housing that makes SAREB homes available to the public housing stock and repeal, as the President said when he was in opposition, a gag law that should not have been in force even one minute after Rajoy left Moncloa”

In the purple formation, the attitude of the Socialists has set off the alarms: "I want to show my concern that these negotiations are so stuck and I propose to the PSOE that we step on the accelerator to be able to attend to what is urgent and move forward with courage in what is important" Belarra said before the highest body of Podemos.

The minister insisted that "There are problems that cannot wait any longer", and referring to the economic recipes launched by Podemos, scorned by everyone and today adopted by the EU, she added: "We do not want to repeat more times, because time gives us the reason that, this or that, Podemos already said it months ago”. And she sent a direct allusion to the PSOE: "It's time to govern without fear and without asking permission from those who rule without running for election."

We can take heart, not without some bitterness, of the measures that months after proposing them the purple ones have been turning into a new common sense of the time —such as the intervention of the energy market, the nationalization of operators in the sector, extraordinary taxes or the cap on gas prices—: "We always propose the best solutions for the social majorities in our country and, in this legislature, we have seen how many end up being put into practice or are defended by the European Commission itself," said Belarra, but added that often “applied when we have already wasted precious time, and honestly I don't think we have any time to waste, the people who can't fill the fridge, who can't afford the rent, or who are going to be raising your variable-rate mortgage can't afford that wasted time."

On the other hand, the general secretary of Podemos announced the call for the primaries for the next regional and municipal elections, a process that will be held between October 10 and November 4, regardless of the possible subsequent alliances with other actors of the political space. “We are now building strong, broad and open regional and municipal candidacies in all the territories of our country, because —he stressed— we know that constituting the largest political force in the confederal space requires assuming our responsibility and with humility and pride, we assume it ”. A notice to potential partners.