Playing Gershwin with the harpsichord, Bachcelona's latest proposal at the Jamboree

It will be just the appetizer of the Bachcelona festival, but on June 29, the harpsichordist Ton Koopman will lower his harpsichord to the Jamboree to accompany jazz musicians on some Gershwin songs. 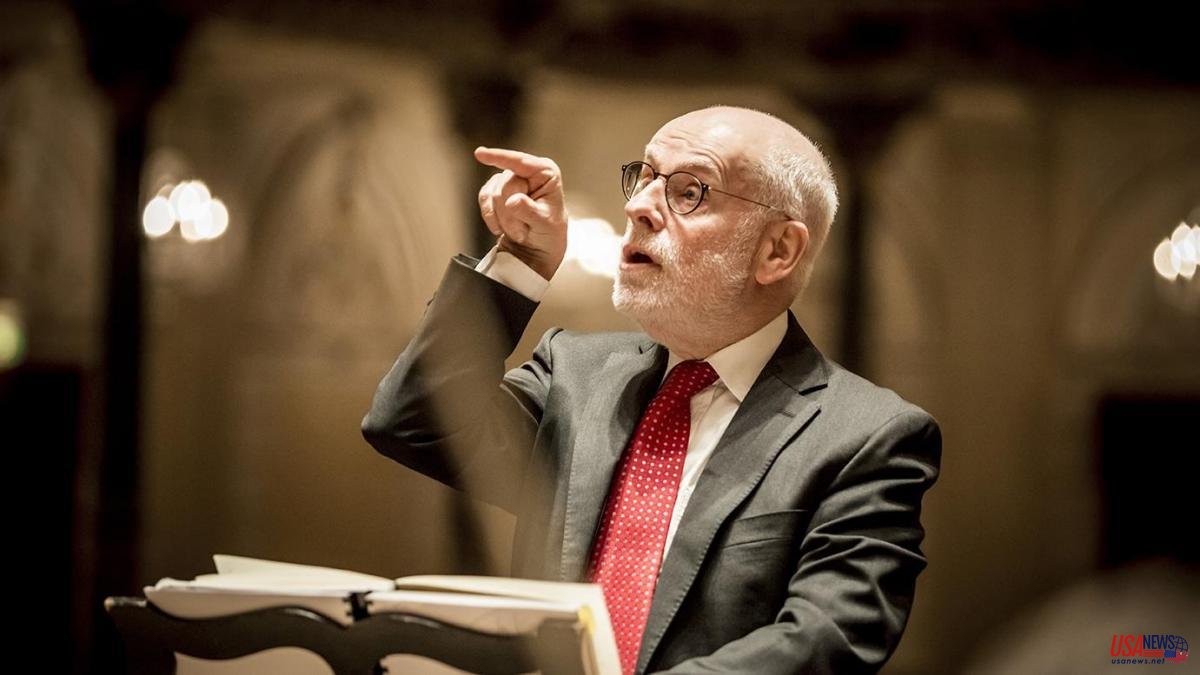 It will be just the appetizer of the Bachcelona festival, but on June 29, the harpsichordist Ton Koopman will lower his harpsichord to the Jamboree to accompany jazz musicians on some Gershwin songs. And with his daughter, Marieke Koopman, as a vocal soloist.

The Bachcelona reaches its tenth edition at full capacity, after staying at half gas in the pandemic. Its artistic director, Daniel Tarrida, still cannot believe that the initiative to take Bach to every corner of Barcelona and in the most eclectic way possible – this year Ton Koopman is bringing his harpsichord down to the Jamboree to play with a jazz trio – is being exit.

“That Koopman is coming to each edition or that Masaaki Suzuki will come next year... I can't believe that all this is happening. I am a musician who was excited to play Bach but because of the situation he had to take charge of the management”.

Being a musician, in any case, is a plus of empathy for a renowned harpsichordist like Koopman to be delighted with the Bachcelona. The care of the details has that artisan point that makes the artists feel very comfortable. And the festival saves dealing with agents.

“We have grown organically. In 2013 we started with a Verkami of 4,000 euros and basically doing cantatas in churches in the city, and then we have grown as much as possible”, says Tarrida. With the Fundació Bachcelona now constituted, with the celebration of the 10th anniversary of the festival, in 2023, the international relationship will be more ostensible.

The Bachcelona brand makes an immediate impact around the world. People get the meaning at first and crack a smile. And although the concerts are scheduled in small spaces –this year they incorporate the Pati Nord of the Fundació Miró, with capacity for 200 people, and in a Gaudí room of the Casa Vicenç there were 40, which is a claim–, what is certain is that before the pandemic they closed close to ten thousand spectators.

This year the dates have been brought forward to include one of the concerts in the cycle of Old Music at L'Auditori (June 30) but the real novelty is the Bachcelona Akademie, an opportunity for young singers who are either finishing their studies or They have graduated and want to be part of a choir directed by Lluís Vilamajó and Ton Koopman.

The call, last fall, was a success. People from Germany, Switzerland, Great Britain showed up... and it will continue. Vilamajó, who conducts La Capella Reial de Catalunya with Jordi Savall, will premiere the Akademie this Monday the 13th, in Sant Felip Neri, and Koopman will conduct them on the 30th in the L'Auditori cycle, in a line-up that will include the soloists Salvat Beca Bach. Not only that, Koopman will also perform baroque classics with an actress and two dancers, in a training concert.

The following day, the festival's Flash Bach will take place at the Filmoteca de Catalunya: the film Lebenslicht, a human reflection, will be screened through the artistic images of Clara Pons and the music of Bach, performed by Philippe Herreweghe. The proposal was presented in 2019 at the Concertgebouw in Bruges: the images were projected and Herreweghe played Bach live. And that is what Bachcelona collects. "We haven't reached the top yet to bring Herreweghe," jokes Tarrida. Clara Pons will participate in the subsequent round table.

The Enric Miralles Foundation, the architect whose death is 22 years old, will host one of Cambres al Liceu's proposals, with the concert of the Theater Symphony Orchestra, Kai Gleusteen, plus the violin by Albert Coronado and the viola by Oscar Alabau showing Mozart's arrangements of Bach's well-tempered key.

Another great string instrumentalist, the renowned Italian cellist Mario Brunello, takes on the challenge of interpreting Bach's sonatas and partitas on the piccolo cello. It will be in two phases: in the Sant Pau Modernist Venue and the Sala Parés. But among the most groundbreaking proposals is Bach to the Future, that is, the interaction between the composer and Artificial Intelligence, but in an artistic way and with the programming of Matthew Yee-King, a member of the Goldsmith University of London.

That will be part of the Grec festival and will give rise to a reflection on technology vs. humanity, with the actor Jaume Sangrà and the actress Estel·la Franquesa interacting with the pianist Carles Marigó and the violinist Sara Cubarsí. And all of this in the Miró patio, placing a platform over the water, at the moment when the sun sets in Barcelona.

In e Terrat de la Pedrera there will be another sunset with the now traditional Jazz Sebastian Band, that is, Bach music for Big Band. But in this case with 18 musicians and special arrangements. Here the Taller de Músics collaborates, but in the next activity, the Backing Bach, it will be a pastry chef who collaborates with the festival to offer, at Il Giardinetto, a tasting of the sweets from the Bach era –leipziger lerche or other delicacies prepared by Isa Moll Boutique– while listening to a Bach gavotte or bourrée. gastronomic historicism.

Among the rest of the concerts, the one that is programmed together with the Palau Bach cycle stands out, and it is The Well-Tempered Consort, which performs Bach fugues with a quintet of violas da gamba. This allows you to hear the phrasing in a different way and understand the music more deeply.

The Palau de la Música will host another concert, with the winners of the Bachcelona award from the Joventuts Musicals contest. And at Bach in the Streets, the festival recovers a cancellation from 2020: the Swedish company Vargkatten, with a dancer -Maele Sabuni, who danced the Rite of Spring at the Nobel Prize ceremony- and a violinist staging an encounter with Bach . A show that is part of the Nits d'Estiu of the CaixaForum.

The closing will be a project to which the winners of the Salvat Bach Scholarship will join, and which proposes a dialogue between J. S. Bach and his children based on his Magnificats. This will spontaneously lead to a tour of Vic, Palau de la Música Catalana, Torroella and Cervera. The soloists of the Salvat Bach Scholarship will also perform cantatas that Bach wrote for vocal soloists, a project that will travel to Torroella and Finland, to the Vantaa early music festival.

The festival announces that the opening of the 2023 edition will feature Masaaki Suzuki, the founder of Bach Collegium Japan. He will direct the Bachcelona Akademie, as well as Carlos Mena, another ace who reserves the contest for next year.

The number of tourists among the Bachcelona public has been increasing, although the festival does not actively work for it. “Ours is a music-loving audience from Barcelona. Something that the entities with which we collaborate prefer, because, for example, the Palau Güell is already saturated with tourists, they want the locals to visit the place”, concludes Tarrida.