Groups of radical fans of Real Racing de Santander and Málaga Club de Fútbol have met this Saturday to stick together in the Piquío Gardens area of ​​the Cantabrian capital, where around 50 people have been summoned who have starred in a "campaign battle" , prior to the meeting between both teams in the afternoon (which ended in a bland goalless draw), and which was not classified as "high risk". 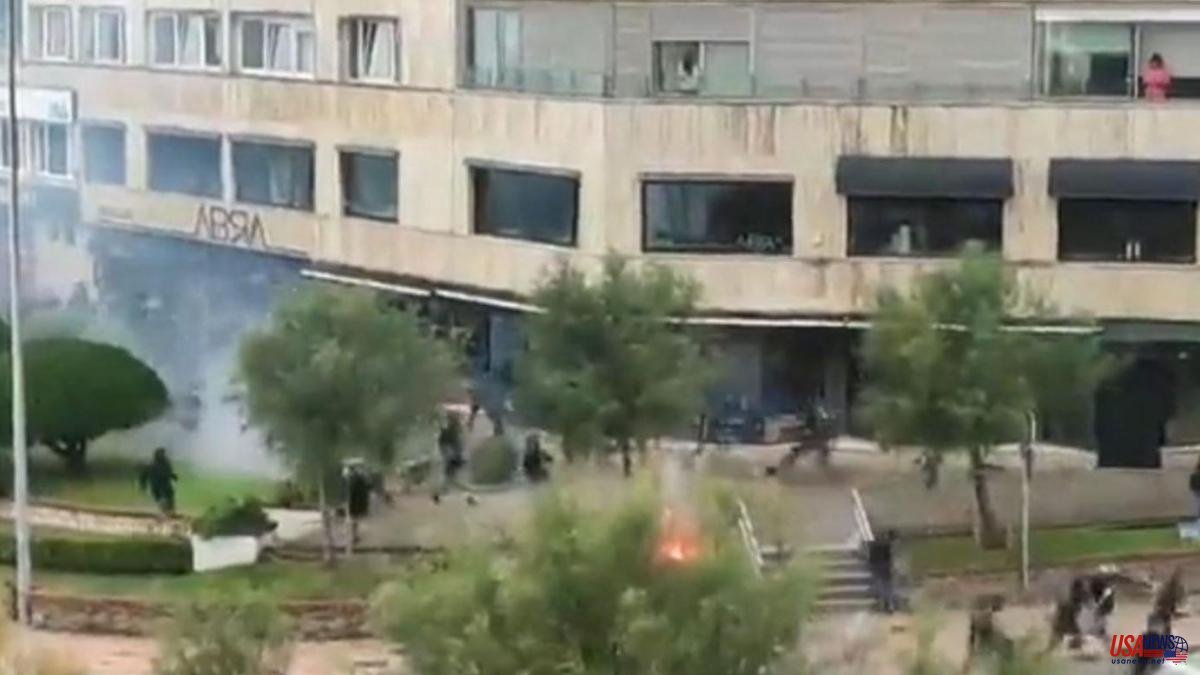 Groups of radical fans of Real Racing de Santander and Málaga Club de Fútbol have met this Saturday to stick together in the Piquío Gardens area of ​​the Cantabrian capital, where around 50 people have been summoned who have starred in a "campaign battle" , prior to the meeting between both teams in the afternoon (which ended in a bland goalless draw), and which was not classified as "high risk".

The confrontation between fans of both teams took place around eleven in the morning in the Jardines de Piquío area, near the Campos de Sport de El Sardinero, where the match will be held. The "serious disturbances" have taken place just a month after those that kept supporters of the Verdiblanco team and Oviedo in the center of the city.

This time, the fight between ranncinguistas and Malaga ultras has been with catering establishments in Piquío, which the manager of one of them has described as a "pitch battle", in statements to RNE collected by Europa Press.

In the opinion of this witness, although "they have calmly arrived" at the place to have breakfast, "it is clear that they had arranged to fight", and he has indicated in this regard that they were carrying "flares" and that they have also "destroyed" the premises' furniture, with what that now he has to "waste time and money" because of, he said, "this riffraff".

The Government delegate, Ainoa Quiñones, told the same station that Racing-Málaga was not classified as a "somewhat risky" match, but after what happened, security will be reinforced and access controls to the stadium, with which "the just are going to pay for sinners".

There have been no serious injuries or injuries that required transfer to a hospital, and in the early afternoon there were no arrests for these events, which Racing has condemned through its Twitter account, publishing the following message: "Real Racing The Club condemns the violent acts that occurred this morning in Piquío, these events do not represent racing or the Spanish football fans.Violence has no place in Los Campos de Sport de El Sardinero

So has the Government delegate after an "organized and premeditated" confrontation: "I can't imagine that people are left to hit each other," she admitted, while in another radio interview she confessed "pissed off" and "scared". "I don't believe it," she insisted.

It has been on Cadena Ser, to which he has indicated that the fight has lasted a short time thanks to the rapid police intervention, just "a minute", as he has indicated, and after indicating that what happened is going to be investigated and to review security cameras , has been convinced that "shortly" there will be arrests for these events, as happened with the confrontation between Racinguistas and Oviedo.

Through a statement, Quiñones has condemned the "regrettable images carried out by those who consider themselves sports fans when what they do does not represent football or sport, but rather gratuitous violence that tarnishes the image of true fans."

From Málaga CF they have also echoed these attacks and have expressed "their absolute rejection of any violent action". "This type of altercation does not represent the exemplary Malaguista fans. We do not tolerate actions or attitudes that flagrantly harm football," they said in a message through their official Twitter account, collected by Europa Press.

As detailed, from early in the morning, around 7:30 am, the National Police device was already prepared to control the Malaga fans who came to Santander to attend the match.

Thus, he has indicated that controls were established at the main entrances to the city, on the S-10, the S-20 and the national roads N-623 and N-611, to control the fans, "many of them ultras, who They came from Malaga and some other fans from other teams that joined them".

"Both these ultra fans and those of Racing had been summoned by networks to hit each other, something that they knew in the National Police thanks to the work of the information services, which has allowed the police units to act quickly", said the delegate .

In this sense, he pointed out that "both groups of radical fans, both those who came from outside and those from Racing itself, had met to fight".

"They have gathered in the Piquío area but in less than a minute the National Police has neutralized the situation, with the immediate presence of Police Intervention and Prevention and Reaction units, the UIP and UPR, as well as Citizen Security units and of the Provincial Information Brigade", he assessed.

Quiñones has reiterated that "this is not representative of football or sports, but violent situations caused by radical groups both from outside and from our own city."

In addition, he criticized that "these radical Racing fans are compromising the image of their club this year that has been promoted to the Second Division."

"The Racing fans lived a few months ago with pride and enthusiasm the rise of the team to the Second Division, and I think that the least they wanted and expected was that a few violent people would tarnish the image of the club and the values ​​of sport", he added. SECOND TIME IN A MONTH AND MEETING WITH THE RACING, PEÑAS AND POLICE

The Government delegate has warned that, "given that it is the second time that we have to see unfortunate images caused by radical Racing fans together with others with whom they meet to attack each other, I have ordered that controls be intensified at all levels every every time he has played, not only during the day but also at the entrances to the stadium".

"I know that this will harm all the fans, but we have to put an end to the image that these violent people cause and, for them, everyone's collaboration is necessary," he said, and has advanced that this week he will hold a meeting with representatives of the Real Racing Club, the Association of Peñas Racinguistas and the National Police to "end this as soon as possible" and avoid a possible future "misfortune". 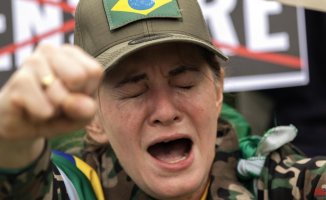