Piqué and Ansu Fati, holders of Barça in Mallorca

Xavi's Barcelona plays the first of the 10 games that await him this October in Mallorca with serious casualties in defense. 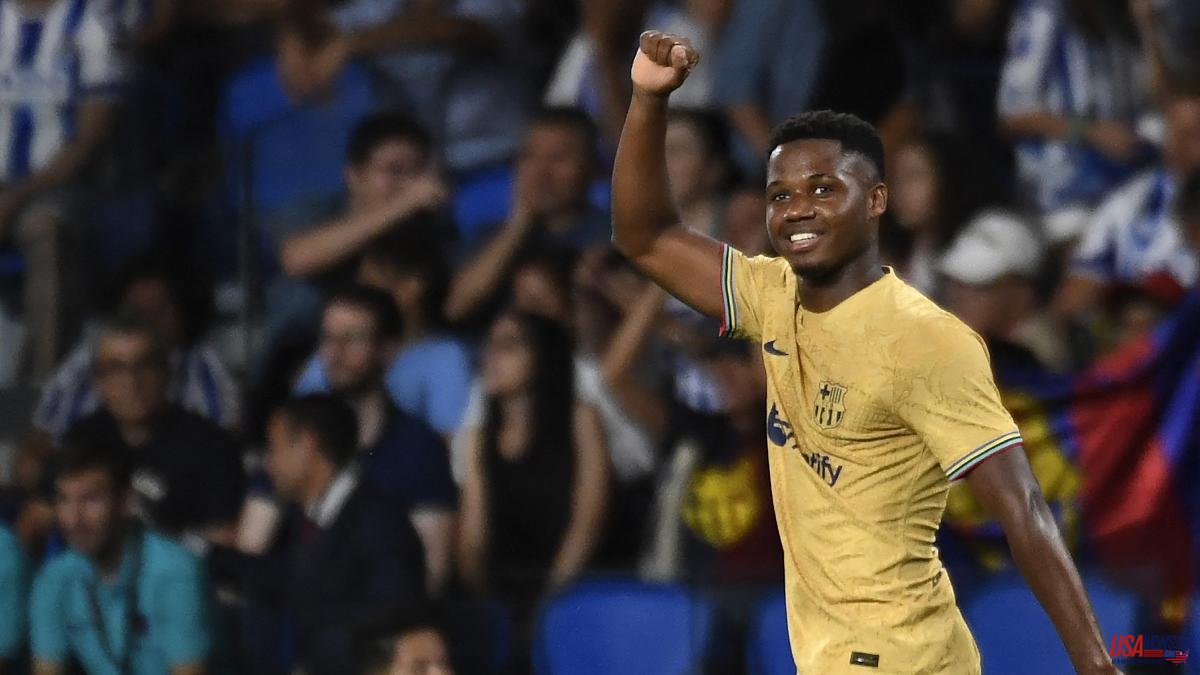 Xavi's Barcelona plays the first of the 10 games that await him this October in Mallorca with serious casualties in defense. Without Araújo, Koundé and Bellerín, Xavi Hernández has been forced to improvise a new defense and look for an emergency right back after starting the season in which he had practically no setbacks in the form of injuries.

Gerard Piqué, who has already started in Cádiz, will play in the center of the defense together with Christensen. Jordi Alba will occupy the left-hand side and Balde will do so on the right with a changed leg.

In midfield Xavi cannot count on Frenkie de Jong, injured. And he has chosen to rest Pedri so that captain Sergio Busquets will play alongside Gavi and Kessié.

Ahead of the main novelty is the return of Ansu Fati, who has not been a starter in the League since he was injured in Vigo on November 6 last year when Barjuan took over the team on an interim basis. With Xavi as coach, it is the first time that Ansu Fati has started in La Liga. Lewandowski and Dembélé complete the Blaugrana attack.

The vermilion have not beaten Barcelona on the island since the 2008-2009 season (2-1), with fifteen goals in favor of the Catalan team and only 2 scored by the Majorcans against their worst rival in the League at home.

Aguirre will be able to count on practically the entire squad, except for Dominik Grteif and Javi Llabrés, injured, for a match that will fill the stands for the first time this season after the Balearic club sold out the seats it put up for sale.

The capacity of the venue has been reduced to about 19,500 seats that will be occupied by a crowd dedicated to their colors.