Pilar Alegría: "Feijóo is the herald of catastrophism"

The Andalusian elections of 19-J gave the PP an absolute majority and plunged the PSOE into a depression. 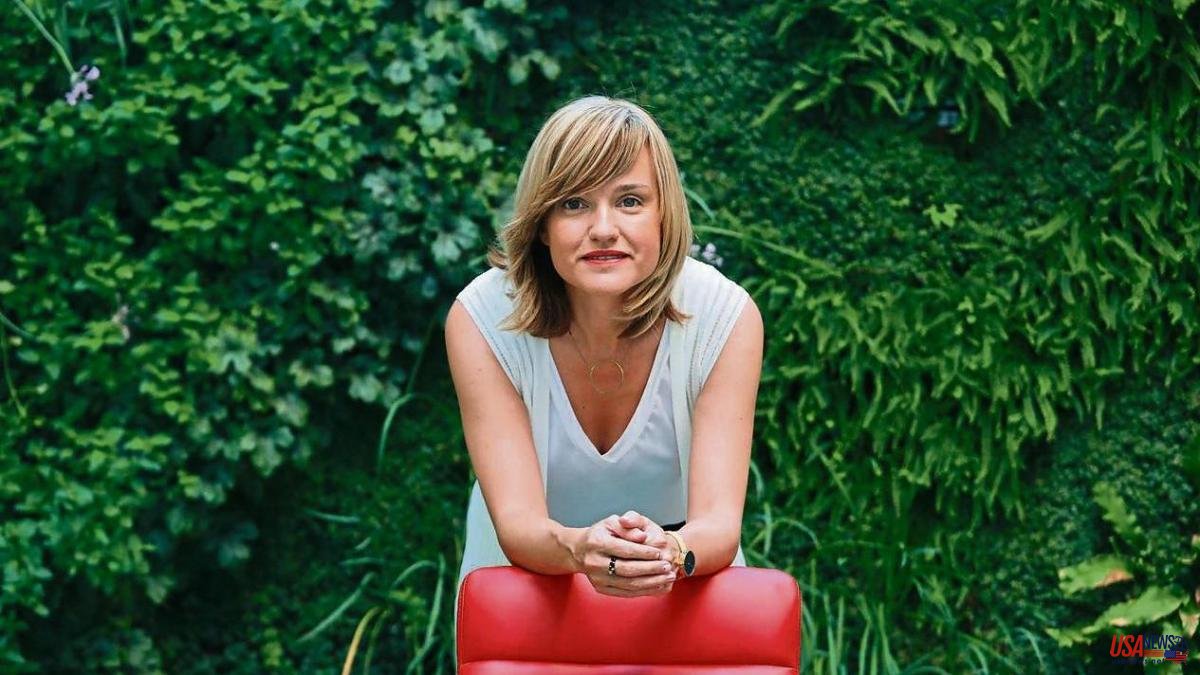 The Andalusian elections of 19-J gave the PP an absolute majority and plunged the PSOE into a depression. But Pedro Sánchez accelerated to try to stop the change in the political cycle promoted by the leader of the PP, Alberto Núñez Feijóo. He first launched the new banking and energy taxes. And later he remodeled the direction of the PSOE, where he placed the minister Pilar Alegría (Zaragoza, 1977) as spokesperson, with the priority of turning to the municipal and regional elections next May.

From depression to euphoria?

One of the objectives of the PSOE is to win the municipal, regional and general elections again. But our top priority as a government party is to continue working to improve the lives of ordinary people, that middle and working class that has been suffering the consequences of the health crisis for some time and also that caused by Putin's war. The search for solutions to improve the quality of life of the citizens we serve is our main objective.

In Spain employment is created and growth is maintained. But economic uncertainty, the energy crisis and inflation paint a bleak picture for the fall. It is not the best scenario to try to take flight.

We have very important data, with 20.5 million Spaniards with employment and with a life project. But social and economic uncertainty is maximizing since the outbreak of Putin's war, not only in Spain but throughout Europe. And this government is committed to lessening that uncertainty and proposing measures so that the middle and working classes do not support the crisis, which is what happened with the 2008 crisis. We will emerge from this crisis in an absolutely different.

Hence the taxes on banking and energy profits?

In a complicated moment, it is very important to generate this redistribution to prevent the citizens who are having the worst time from suffering the consequences of the crisis. Also with measures such as the labor reform or the rise in the minimum interprofessional wage to one thousand euros.

One of the lessons drawn from the Andalusian defeat is that the Government's management and measures do not permeate society or obtain electoral revenue. Will this be one of his priorities as spokesman for the PSOE?

Each electoral result must be read in the territory and the circumstances in which it occurs. Of course Andalusia was a bad result, we cannot be satisfied. The citizens placed us in the opposition, and now we have to reach out to the regional government, work with a constructive vision and behave in an absolutely different way from the opposition of the PP to the Government of Spain, which is mired in constant denial.

They denounce its "catastrophism".

The leader of the PP appeals all day to catastrophism. I begin to doubt if it is an appeal or a wish, I would dare to say that it is more than a wish. Hopefully, in this legislature, which is not exempt from complications, we would have found a constructive opposition, willing to work for this country, and to help us overcome the difficulties. But we find ourselves in a denial bloc, which always gave the same answer to the 150 legislative proposals that we transferred to Parliament: no for no's sake.

Feijóo warns that Spain does not deserve this government and that the alternative is underway. You reply that the leader of the PP only generates confrontation and noise.

Feijóo forgets that today this country is governed by the PSOE, in a coalition with United We Can, for a fundamental detail: we have had very important support from citizens at the polls. It is costing them too much to digest this, but they must understand that if they are in the opposition it is because the citizens sent them there. Feijóo is the herald of catastrophism. What this country does not deserve is an opposition with such short sights and such a lack of proposals, solutions and alternatives.

The dialogue table on Catalonia already sealed its first agreements. The Government understands that the Generalitat, or at least ERC, buries the unilateral route, by committing itself not to go beyond the legal framework. A relevant step?

It is one more example of one of the positions that define this Government, which is dialogue. Dialogue is always good, for everyone. The solutions that we are able to reach, through respect and dialogue, will always be good for the citizen. We started this path of harmony with Catalonia because we understood from the first moment that dialogue is essential to make useful politics. It is where this government will always be.

The commitment to the independence of Catalonia loses social support in each new poll. The last one, that of the CEO's barometer, which also consolidates the first position of the PSC. Does this certify that the Government's path of dialogue is the right one?

We will always bet on the path of dialogue. When we arrived at the Government, the very fresh memory transferred us those images of confrontation and antagonisms that the Rajoy Government left us as an inheritance, with absolutely embarrassing situations and contrary to useful politics. Today, fortunately, thanks to that dialogue there is a much better climate of political harmony.

The Government supports the Catalan language model in schools approved by a large majority by the Parliament. But the right goes to the Constitutional Court.

The right always makes the flag of the politics of confrontation using the languages ​​of this country as a missile. The problem of the right is that it has not made a calm reading of the Constitution, because the co-official languages ​​are also Spanish languages, as is Castilian Spanish. We understand this plurality and diversity, and we see it as a wealth. The last educational law approved by this Government focuses on what is important: that students who are educated in communities with a co-official language, whether it be Galicia, the Valencian Community, the Balearic Islands, Catalonia or the Basque Country, when they finish compulsory education know how to function with the same fluency and fluency in Spanish and in the co-official language.

Will education one day cease to be the object of political struggle?

From the first day I work with that objective. I am not naive, the 150 regulatory proposals of the Government approved did not have the favorable vote of the PP, which suggests that it is not a propitious moment to achieve the desired State pact for Education. But that cannot become an insurmountable wall either, you must never give in to pessimism.

We still don't know the sentence, it would be unwise to skip so many steps. We regret that these events occurred, where a series of individuals made reprehensible use of public funds, and hopefully the full weight of the law falls on them. But no ruling indicates that Chaves or Griñán have enriched themselves, not even a cent of a euro, with this matter. The honorability of both is more than evident.