Former Barça captain Pierre Oriola published a message on social networks on Thursday to say goodbye to the Barça fans after five seasons and pointed out that his departure took place this summer "by technical decision", since his contract was "unilaterally terminated by the club "Last June 30. 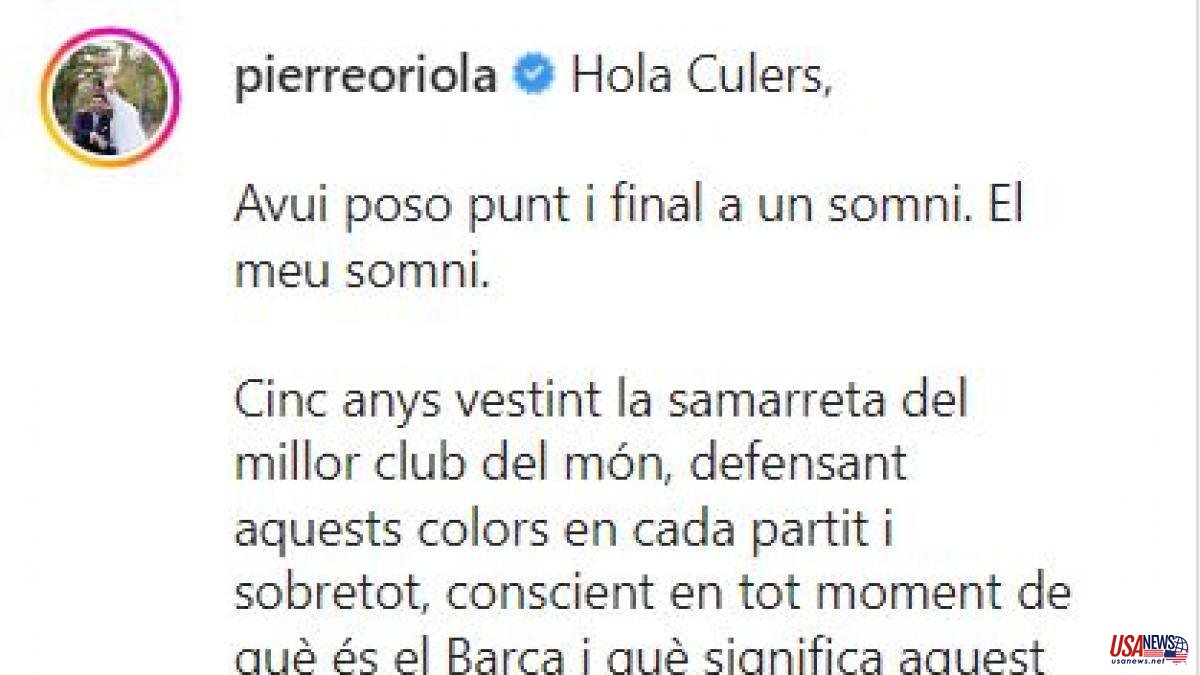 Former Barça captain Pierre Oriola published a message on social networks on Thursday to say goodbye to the Barça fans after five seasons and pointed out that his departure took place this summer "by technical decision", since his contract was "unilaterally terminated by the club "Last June 30. Once without contractual ties, it is expected that his signing for Bàsquet Girona will accelerate.

"Today I put an end to a dream. My dream. Five years wearing the shirt of the best club in the world, defending these colors in every game and, above all, being aware at all times of what Barça is and what this shield means" , started the pivot in a letter published on the social network Instagram.

Oriola landed in Barcelona in the summer of 2017 from Valencia Basket. In his five seasons wearing the Barça jacket, he won an Endesa League (2021) and four Copas del Rey (2018, 2019, 2021 and 2022). His last season in the ranks of the Barça club was marked by physical problems and he had little role in the plans of coach Sarunas Jasikevicius.

In the statement, the player from Tàrrega (Lleida) clarified the reasons for his departure: "I am leaving due to a technical decision with two years to go to finish my contract (terminated unilaterally by the club on June 30, 2022), but knowing that I have always given my best when I have had the opportunity".

"I'm leaving with the peace and pride of someone who gives 100% from the first to the last day, but this doesn't mean that this wasn't the end I wanted at this club," he continued.

Despite this bitter ending, Oriola wanted to thank his former teammates and the Barça fans for their support: "Thanks to all the teammates I've had by my side over the years, and to all the people who made it possible for me to be part of this great family".

"Lastly and, most importantly, thank you Palau. I only have words of gratitude towards all of you. For all those who have always been loyal to the team and have always had good words towards me. You have made me feel at home from the first day and I will always carry this with me. See you soon, culers", he said goodbye.