Petro, president: the Colombian left comes to power for the first time in history

Gustavo Petro, the candidate of the progressive alliance Alianza Histórico and veteran leader of the Colombian left, has won the presidential elections in Colombia with a comfortable victory that brings the left to power in Colombia for the first time in history. 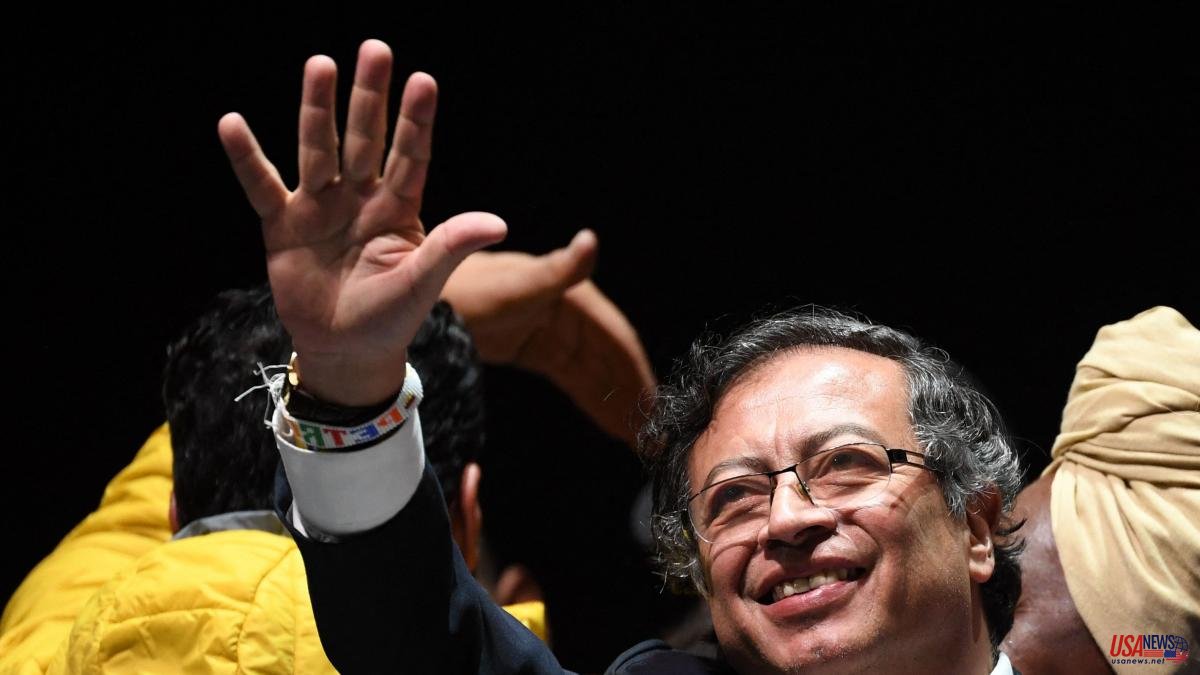 Gustavo Petro, the candidate of the progressive alliance Alianza Histórico and veteran leader of the Colombian left, has won the presidential elections in Colombia with a comfortable victory that brings the left to power in Colombia for the first time in history.

With all the votes counted, Petro has ended up with 50.44% of the votes – more than 11 million out of an electorate of 39 million, of which about 22 million voted – compared to 47.31% of his rival, the former mayor of Bucaramanga, Rodolfo Hernández, who has failed to garner enough votes from the conservative candidates defeated in the first round.

Petro has achieved its objective of increasing participation in the segments of the electorate most favorable to its program of social transformation and peace – young people, low-income workers in the peripheral neighborhoods of large metropolises such as Bogotá, and excluded groups such as Afro-Colombians and indigenous – to seal a historic victory. The 44% abstention rate has been the lowest in two decades.

With 11.28 million votes in his favor, the resounding victory of Petro, former mayor of Bogotá, in his third attempt to reach the presidency, has surprised analysts. Petro has obtained almost 60% of the votes in the capital thanks to a strong mobilization of young university students and poor workers from the popular neighborhoods in the south of the city. The buying of votes habitually used by the conservative parties has not produced results. Petro has also imposed itself on the outskirts of the country drawing a wide circle of victories, from Barranquilla in the Atlantic to Cali in the Pacific.

Hernández unequivocally recognized Petro's victory a few minutes after the official announcement. The high margin of victory – a difference of 700,000 votes – has avoided the allegations of fraud that some had feared, and there are no signs of attempts to hinder the creation of the first left-wing government in Colombia's history. In his victory speech in front of the headquarters of the Historical Pact in downtown Bogotá, Petro has called for national unity and has invited Hernández voters to participate in the program of change.

The president-elect has called for an inter-American strategy – "without excluding anyone," he said, referring to Cuba, Venezuela and Nicaragua – to develop, together with the United States, a defense strategy for the Amazon and the environment and thus deal with climate change.

Petro's victory channels the mega-demonstrations of the social outbreak of spring 2021 triggered by a strongly regressive tax reform of the conservative government of Iván Duque, the dolphin of the strong man of the Colombian hard right, Álvaro Uribe, into formal politics.

What is interesting is that this strong push for political change was launched in the city of Cali, in the southwest of the country, where alliances of Afro-Colombians, school and university youth, and indigenous people began a protest that later spread throughout the country. "The social explosion opened the eyes of the people," recounted a 17-year-old interviewed at the Galeria de la Alameda popular market in Cali. “We have been organizing ourselves at Univalle University and in the schools.”

The electoral result is another indication of a strong shift to the left in Latin America, already evident in countries such as Chile, Peru, Mexico, Argentina and most likely in Brazil, in a new progressive cycle in the region.

The result of this Sunday in Colombia has shown the organizational strength of the old Colombian left. It has managed to mobilize the vote of the excluded and the victims of violence in regions such as Cauca, Choco, as well as the displaced from these regions who already inhabit the large popular urban neighborhoods such as Ciudad Bolívar in Bogotá.

At a time of extreme polarization, Petro has invited conservative and centrist leaders Federico Fico Gutiérrez and Sergio Fajardo to join in a pact to defend democracy. The former M19 guerrilla – whose armed struggle was always more symbolic than violent – ​​has already given signs that he will opt for an economic program of pragmatic transformation. He has included José Antonio Ocampo, a collaborator with progressive Nobel laureate Joe Stiglitz of Columbia University in New York, among his candidates for finance minister. In general, everyone on his team knows that it will not be easy to implement a rapid change agenda. Although the economy is growing strongly, the budgetary situation in Colombia is complicated and Petro does not have a comfortable majority in Congress

As in Chile, Petro has won with a program based on reinforcing public services after decades of privatization, a tax reform that will increase progressivity and force the business elite to pay more taxes, a universal public pension system as well as as emergency measures to combat hunger that already affects 5.7 million Colombians living in extreme poverty.

At the same time, his victory guarantees the resumption of the peace process paralyzed during the years of the government of Iván Duque, under the power of Uribe, who, for the first time in a decade, has disappeared from the Colombian political debate. Petro's victory is a strong setback for the so-called "uribismo", a right-wing ideology already identified with the strong polarization of politics and the violence of the paramilitary groups that are still active in Colombia, whose supporters in Spain include the former president of government José María Aznar.

The signatories of the 2016 Havana agreement, which launched the peace process before the setback in the referendum that same year, and a Duque government that never supported the agreement, applauded the result.

"Colombia is the only country in Latin America that has not had a democratic leftist government, that has an explanation, it is the guerrilla and violence," said Juan Fernando Cristo, the former Interior Minister of Juan Manuel Santos in a published interview. at the Vanguard. The disarmament of the FARC "has created a democratic space." Now, “Petro will be able to fully implement the agreement with the FARC and open negotiations with the National Liberation Army (ELN),” he argued.

Hundreds of thousands of Petro supporters have taken to the streets of Colombian cities and towns in celebration of what is seen as the beginning of a profound political and social transformation. The slogans of the campaign "For an unstoppable change" and, the very successful "Live tasty", have adorned the banners in Bogotá under a heavy rain that, however, has not affected participation. Thousands of people have gathered around the headquarters of the Historical Pact, in a central district of Bogotá: "Today is a holiday for the people, let them celebrate the first popular victory", Petro celebrated in one of his first messages after the victory.

In Popayan, a city whose social hierarchy has barely changed in 500 years and one of the epicenters of the 2021 protests, Petro's victory has been celebrated as a historic turning point empowering indigenous, black and white youth. Horn blasts and indigenous drums have resounded in the center of the city. Of course, "the elites here have always ignored the other and their idea will be not to let go of power," warned Gisel Pinta, one of the members of the Regional Indigenous Council of Cauca, who voted this Sunday in the center of the colonial city of Popayán .

Perhaps the true face of Sunday's victory, even more so than Petro's, is Francia Márquez, his vice-presidential candidate, a 40-year-old Afro-Colombian from the troubled Cauca region in the south of the country.

A 16-year-old mother – she already has two daughters – and forced by poverty to work as an artisanal miner, boatwoman and fuller in search of gold in the rivers of El Cauca, Márquez represents all the excluded, whose participation has been decisive for the Historical Pact victory. "I have known the armed conflict and I understand the value of life, human and non-human, in the chain of nature in the paradise that is Colombia," she said in the Anglican cathedral of San Pablo de Bogotá before the elections. “They call me a witch for being black, but I claim the debt of slavery while claiming the spiritual knowledge of the indigenous people.”

These ideas of a new left, based on the defense of nature and anti-extractivism –Petro proposes a gradual closure of oil and mining exploitation– constitutes the new formula of the left in Latin America two decades after Lula's so-called reddish tide , Chavez, Evo Morales and Rafael Correa.

The Farrés Brothers company gives voice to the words of Rodoreda 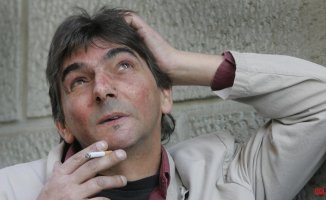 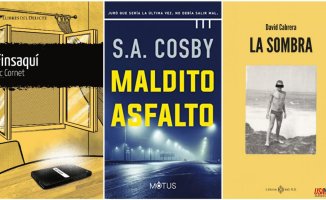