British director Peter Brook, a central figure in 20th-century theatre, died yesterday in Paris - he had lived in France since 1974 - at the age of 97. 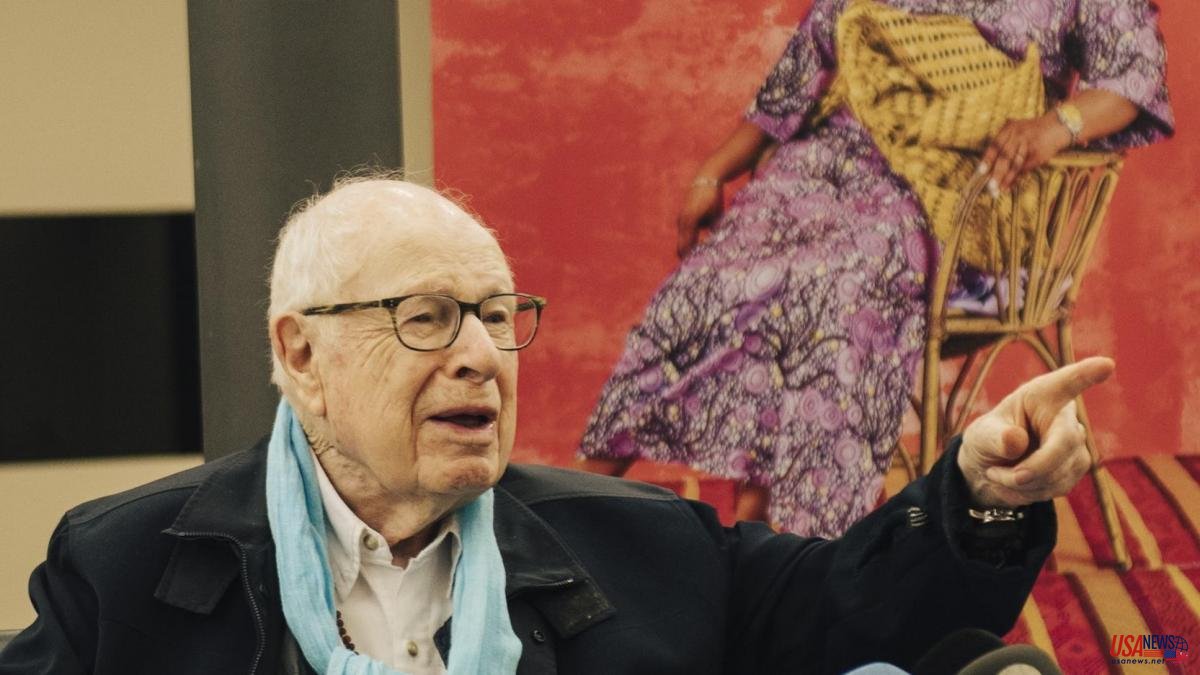 British director Peter Brook, a central figure in 20th-century theatre, died yesterday in Paris - he had lived in France since 1974 - at the age of 97. His iconoclastic, nude and multicultural theater before almost anyone else was, a humanist theater that always explored the key questions of the human condition, will nevertheless remain an inescapable influence on the global stages that Brook stepped on and that in many cases he himself founded. , touring unconventional spaces that could become theaters, such as the Mercat de les Flors in Barcelona, ​​which he converted from a municipal workshop into a theater in 1983 with a Carmen.

The son of Latvian Jews who emigrated to England and settled in France since the 1970s–where he chose a theater that was burned down 25 years ago and for its demolition, the Bouffes du Nord, and turned it into one of the great spaces of European creation–he filled those spaces empty with a live theatre, far from what he called the “deadly theatre” for the public, bad theatre, without intensity, routine, monotonous, which he always sharply denounced and which he fought since the 1940s when the young prodigy worked in the London's Covent Garden - he was appointed director of production at the age of 23 - and in 1949 he staged a controversial Salomé with a set design by Salvador Dalí in which the singers had their heads stuffed into almost alien cones. And that cost him the charge.

A living theatre, that of Brook, which has removed the rigidity and conventions of the great classics all over the world and has made them explode again on stage. In 1963 -the first 15 years of his career were devoted to commercial theater and he gained fame as an enfant terrible- he staged a Beckett-esque King Lear with the Royal Shakespeare Company (RSC) in which he ultimately decided to do without the set design -which he himself had designed - to leave the scenic space empty and push the viewer's imagination. Precisely his great theatrical essay, The Empty Space (Peninsula), begins with a declaration of principles: “I can take any empty space and call it a bare stage. A man walks through this empty space while another man watches him, and this is all that is needed to perform a theatrical act.

It is not, he pointed out, about having big red curtains and spotlights, changes of scenery, good actors and well-said verse. All of this, he points out, can be secretly extremely boring for most of us and “inside we blame Shakespeare, or this kind of theater, even ourselves”. They are reflections from 1968. Before that, he had set up the Theater of Cruelty laboratory, a tribute to Antonin Artaud and his rejection of theatrical conventions. And with him and RSC actors he staged Peter Weiss's Marat-Sade in 1964 in a revolutionary staging with Glenda Jackson knife in hand. He would then take her to the movies, shooting the film in just 17 days.

A work as influential as its staging in 1970 with the same company as A Midsummer Night's Dream in a space that instead of an enchanted forest is a white gym. The gymnasts of the Beijing National Circus have failed him and that is why he trains his actors, including Ben Kingsley, in acrobatics and circus for a poetic and playful montage in which elves and fairies are transcripts of our subconscious. Era mark.

For him too: he goes to work in France and from there he toured Europe tirelessly. And the world. The search for him is endless. He also that of what he calls sacred theater, "a theater of the invisible-made-visible", as were the Orphic rites in Greek antiquity. At a time when theater avoids the sacred "because what is called sacred has betrayed us, and for the same reason we turn away from what is called poetic", he embarks on working with actors from other cultures and in the seventies he goes to Africa, Asia or with the American Indians in search of other forms of theater.

It is in the mid-seventies when, with Jean-Claude Carrière, he begins to adapt the Mahabharata, the great Indian epic poem, which he premieres in 1985 in a quarry in Avignon. Nine hours of theater that tour the world for four years and increase the myth. A myth that he left the Théâtre des Bouffes du Nord in 2010 but that he continued directing now in his nineties and collecting awards. In 2019, the Princess of Asturias for the Arts. An increasingly naked, humanistic theatre, with works such as Tierno Bokar, which could be seen at the Grec festival in Barcelona -which he still attended last year to give one last master class-, a song to tolerance based on the Malian sage who He affirmed that there are three truths: "My truth, your truth and the truth".

In 1950 he would meet his wife, the actress Natasha Parry -he promised at the age of 12 to marry a Natasha in love with the protagonist of Tolstoy's War and Peace-, who died in 2015, of Russian origin and with whom he would have a son, the documentary filmmaker Simon, and a daughter, Irina - named after one of the protagonists of Chekhov's Three Sisters - who is also a theater director. Likewise, for decades there would be another key woman in his life, the Frenchwoman Marie-Hélène Estienne, with whom he had worked since the seventies and who, if she was his assistant first, had signed his great works with him for years.