The judicial crisis is going to be perpetuated over time after the unilateral decision of the Popular Party to back down from the agreement already closed with the PSOE to renew the General Council of the Judiciary (CGPJ), in office for almost four years . 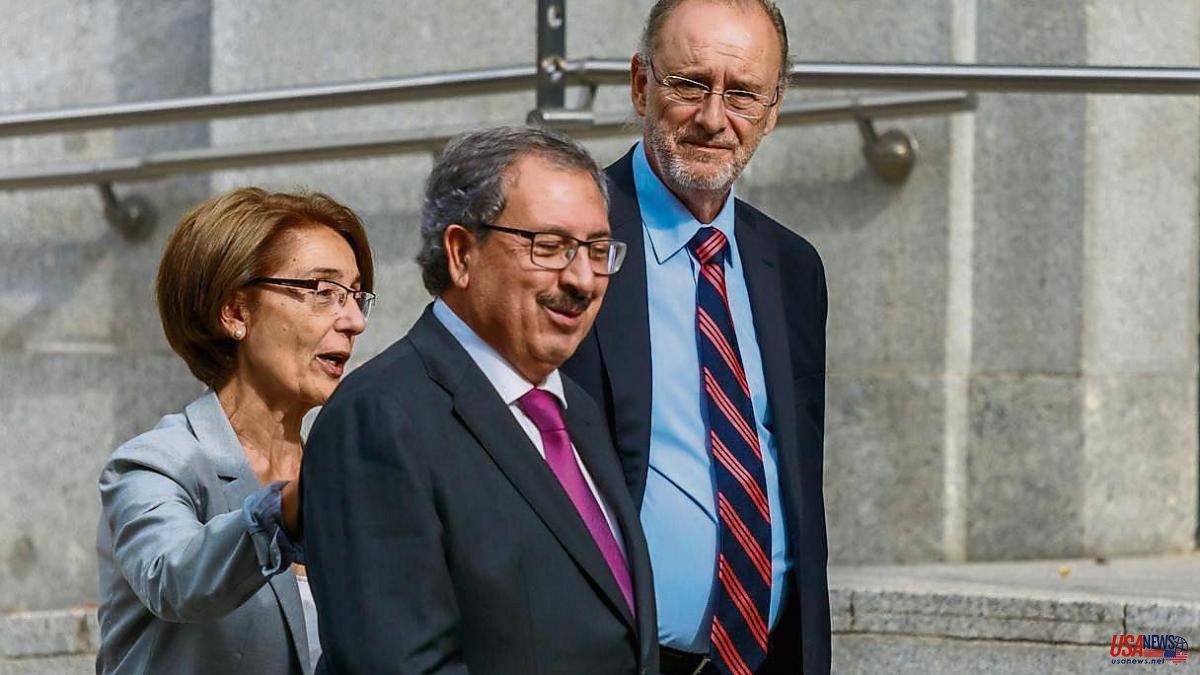 The judicial crisis is going to be perpetuated over time after the unilateral decision of the Popular Party to back down from the agreement already closed with the PSOE to renew the General Council of the Judiciary (CGPJ), in office for almost four years .

The announcement by Alberto Núñez Feijóo of postponing, if not breaking, the negotiations has caused great indignation, surprise, stupor and discomfort both within the body of judges, as well as among future members, as well as, in general, in power court, especially within the Supreme Court and the Constitutional Court.

The situation was already unsustainable to such an extent that two weeks ago the president of the institution's body, Carlos Lesmes, was forced to resign. No one doubted that after that, the two main parties in the parliamentary arch would adopt the necessary measures to resolve a blockade that is about to generate a collapse in justice.

Since last October 10, when the negotiations were resumed, with a four-way meeting between Pedro Sánchez, Núñez Feijóo, Félix Bolaños and Esteban González Pons, the bridges had been reestablished.

The deal was to be announced today. The negotiators had managed to close the list of 20 members for the body and establish a series of agreements, among them that of preventing judges from returning to the judicial career to pass sentence for a period of two years if they enter politics.

Everything was closed, it only remained to detail how the announcement would be made. However, the appearance at the political level of the Government's intention to reform the crime of sedition -as already announced by Sánchez since the beginning of the legislature- has clouded the negotiations.

The PP has understood that this reform is a nod to ERC on the eve of voting on the general state budgets and has decided to break the deck.

Still at noon on Thursday, sources from the judiciary saw it as completely impossible for the PP's threat to be true and saw it rather as a final ordeal to finish closing the fringes of the negotiation. In fact, in recent days several of the appointed members had already been called to announce the upcoming renewal.

What no one expected is that late yesterday, the PP announced that it was suspending the agreement. The first affected were the current members of the CGPJ. The acting president, Rafael Mozo, came out publicly to speak of his "indignation" at this decision.

In the Council the agreement was already taken for granted and the last fringes were being finalized to leave everything ready for their substitutes. During today, the members did not leave their astonishment and discomfort. The majority directly blames the PP for what happened while another, from the conservative sector, understands that the simple solution to fix the "disaster" is for the government to withdraw its intention to reform sedition.

The majority do not think so because they understand that the renewal of the CGPJ cannot be conditioned to anything other than the release itself, without taking into account other arguments or political conditions.

Now the Council has to rebuild its organization once the members took it for granted that the plenary session convened for the 10th was going to be the last after almost nine years of operation. Sources from the body are now convinced that after this announcement by the PP there will be no renewal until at least 2024, after the next general elections are held.

The first thing the body must do is prepare its reorganization because sources from the institution assure that today it is not in the spirit of the members to follow the path of Lesmes and present their resignation.

Núñez Feijóo's decision to break with the socialists is going to have repercussions on the Supreme Court, which has seen its staff decrease by 20% after the PSOE reformed the law as a result of this blockade and prevented the CGPJ from continuing to make appointments of magistrates while on duty.

Retirements and deaths are leading to some of the Chambers of the high court already having problems forming a room to hold hearings and resolve appeals.

The other focus of the problem is the blockade generated in the Constitutional Court. There are currently four acting magistrates, who must be renewed by the CGPJ and by the Government. In addition, there is another position to fill by the Senate, the position of Judge Alfredo Moya, who resigned for health reasons.

After knowing the decision of the PP, some judicial associations have come to the fore. The progressive Judges and Judges for Democracy (JJpD) today showed their "shock" at what happened.

"The excuse that is used, that the Rule of Law is weakened by taking into consideration an eventual reform of some crimes, is precisely the consequence that this suspension of negotiations will cause. A fundamental institution for the government of the Judicial Power, the CGPJ that should have be renewed in November 2018, it will continue in an interim situation, directly affecting citizens, because the courts that have to protect their rights are incomplete," warns the association, pointing directly to the PP of what happened.

For its part, the Francisco de Vitoria association has described the situation in which the General Council of the Judiciary remains "devastating and dramatic".