Pere Arquillué: "Perhaps it's the wildest trip I've ever done"

It premiered in December in High Season and the beauty and strength of this play ran like wildfire. 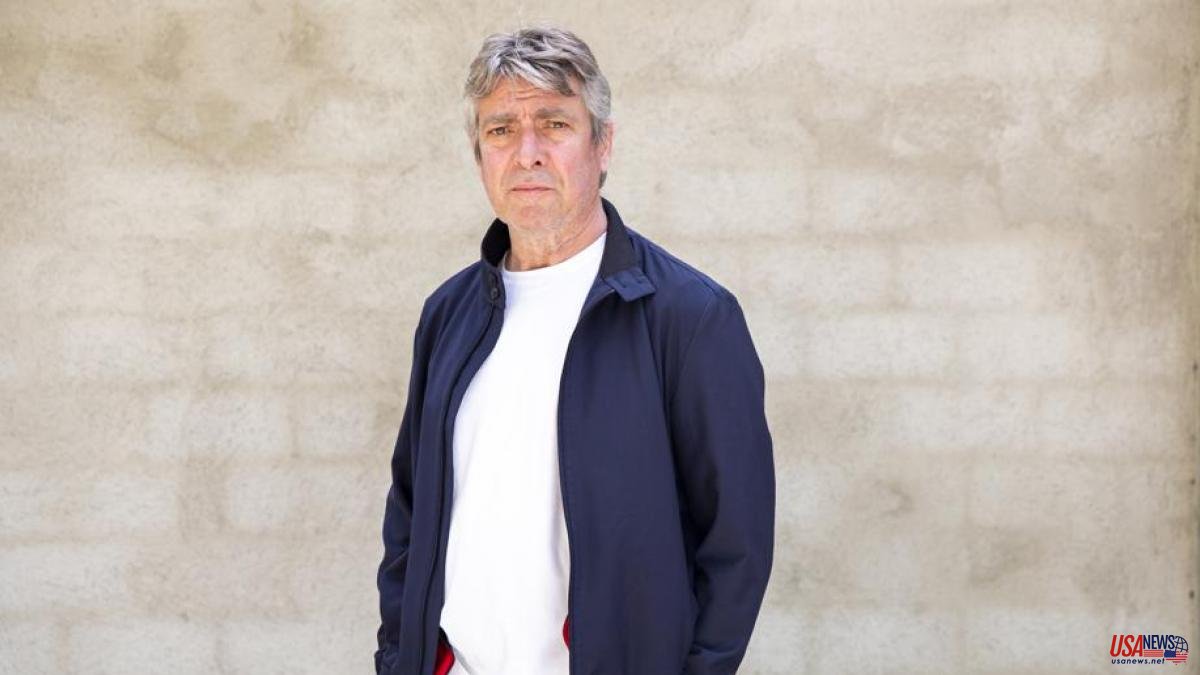 It premiered in December in High Season and the beauty and strength of this play ran like wildfire. With The Most Beautiful Body Ever Found in This Place, playwright Josep Maria Miró won the Born Award for the third time and is now performing this Wednesday at the Romea Theater.

The trinity is formed by the playwright, the director Xavier Albertí and the actor Pere Arquillué, who has to give voice to five main performers and two secondary ones. An equilateral triangle that Arquillué will have to climb every night to reach the summit: “Miró's text is fantastic, very tall, I think it is the most powerful thing that has been written in the country in recent years. In each function, when I see the mountain that I have to climb, he takes everything from me”.

In a beautiful town, where it seems that nothing will ever happen, they find the body of a young man in the middle of a forage field with his genitals ripped out. This is how El cos més bonic begins... "From here, his mother, a teacher from the institute and Ricard from the sawmill will tell what caused the death of that boy", the actor refers to La Vanguardia, which clarifies that the boy has a voice too.

“It is not as important why they have killed him as the catharsis that an event like this can cause in a small community. There is another important character, who has no voice but is present. He is the father of the boy, Ramis, who hanged himself ten years ago on the fig tree next to the rectory and it is intuited that he had suffered sexual abuse as a child, a fact that will be the trigger for everything ”.

Arquillué clarifies that abuses are not the central issue. “The play is about atonement and how a community can regenerate from pain, forgiveness and guilt, how to manage all of that. There is also the desire. If we managed it with more freedom, maybe everything would be better”.

The actor also speaks of the "Christological basis" of the work and of an aspect like a "secular mass, with a scapegoat, a sacrificial figure, who saves the rest of us or who leaves us calmer. But don't let anyone be scared, because the work is brutally sincere and transparent”.

“Miró has also written a tribute to the actor, to the actor as origin, voice and body –remarks the interpreter–, and it can be played by a man or a woman, young or old. I want to make it clear that it is not a kind proposal, it asks for activity on the part of the viewer. It is radical, very naked, there is only one spotlight and me, and I move very little”. And he admits: “I couldn't have done it without Albertí”.

When it premiered, the director told the anecdote of when Arquillué told him if they would put at least one chair, and he replied that, if he wanted a chair, he should find another director. But both Miró and Albertí were clear that they had to do it between the three of them.

“There is a point of epiphany, of healing light, and perhaps I am at the age to do it. When I first read the text, he upset me, touched me in a terrifying way. Miró writes in a very sincere way, but he has a poetry that makes him climb a foot of land. He is elevated and at the same time attached to the ground, and that is not easy. It is a very current work, but it already has a classical background. And there is an important language work”.

The actor, although he gives life to all those characters, does not distort the voice, there are no wigs, there is nothing. So how do they differ? “We have searched the souls of the characters. I don't imitate the voice, but I do change color and temperature. The writing of each one is very different and, only by changing the breath and small gestures of the body, a suggestion is created. This is where the viewer has to play his part, something that seems to me more and more necessary”.

Arquillué tells an anecdote about when he premiered it in Girona, which demonstrates the power of suggestion: “After the show, in a restaurant, a young couple approached me and told me that, with the last character, a transvestite, they had seen with boobs and makeup. How did he do it if he hasn't left the stage?

The actor asks that people go to see the performance, "because Miró's text is extraordinary and a radical job has been done: perhaps it is the most brutal trip I have made in my life".

The work is local and universal at the same time, in a town that can be anywhere in the world, and for this reason it has already been translated into a few languages ​​and performances are being prepared in countries like Uruguay or Germany. For now, this Focus and Temporada Alta co-production can be seen from May 25 to June 12 at the Romea theater. And it will have to talk.