Barça and Penya will fight this Wednesday (9pm) once again for the title in the final of the Lliga Catalana, played in a final four format at the Palau d'Esports Catalunya in Tarragona. 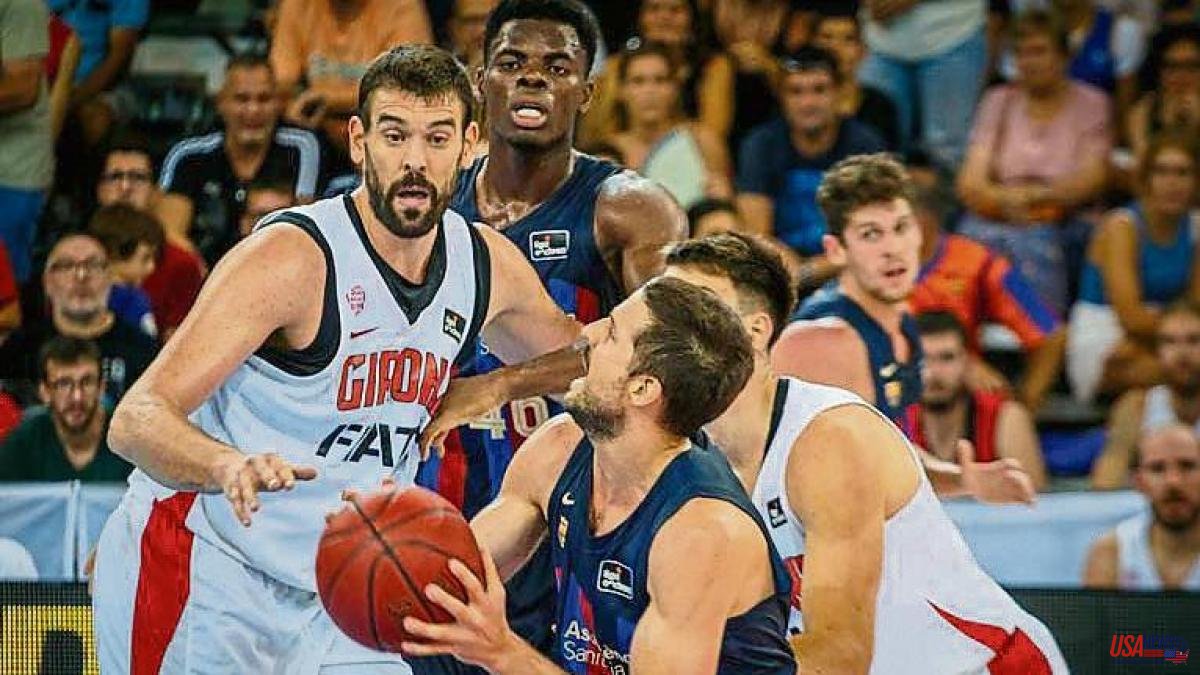 Barça and Penya will fight this Wednesday (9pm) once again for the title in the final of the Lliga Catalana, played in a final four format at the Palau d'Esports Catalunya in Tarragona. Jasikevicius' men had to work hard to beat Bàsquet Girona (88-77), recently promoted to the ACB and captained by a willing Marc Gasol (37 years old), far from his best version (6 points). Until the last quarter, Barça's maximum difference had remained at ten points (33-23).

Girona, a team already under the seal of Aíto García Reneses (76 years old), never lost face in the game. Opposite, a Barça that was always ahead on the scoreboard but that played with a rhythm typical of the preseason.

The most outstanding of Jasikevicius's team was Satoransky (13p), who has returned to Barcelona this year after passing through the NBA. The culé scoring was widely distributed – Vesely (10), Tobey (10) and Jokubaitis (12) – in a game with a lot of turnover for the Lithuanian coach.

Barça played without Mirotic, recovering from his Achilles tendon injury, Higgins and Sanli, with discomfort.

Aíto regulated a lot the minutes of Gasol, who had not played against his former team since he went to play in the United States in 2008 and was applauded in Tarragona. Dusan Miletic (23p) was by far the best of Bàsquet Girona.

Earlier, in the first semi-final, Penya had beaten Baxi Manresa, current champion, (89-96) by overcoming the 15-point difference (60-45) with some brilliant last two quarters.

Baxi Manresa dominated the game with some authority until well into the third act, when Joventut's offensive power prevailed: 66 points in the second half. Shooting guard Kyle Guy (18p) led those from Badalona. Pedro Martínez's team dominated for 25 minutes, thanks mainly to an inspired Jerrick Harding (24p), but was unable to react when they found themselves behind on the scoreboard at the end.

La Penya knew how to take advantage of his strength in the inside game with Birgander (11p) and Tomic (14p). The reliability of Pau Ribas (16p) was also key.

During the first semi-final break, recognition was given to green-and-black Joel Parra, Eurobasket champion with the Spanish team. Great basketball atmosphere in an almost full Palau d'Esports Catalunya (4,500 spectators), which was reopened this Thursday after experiencing years of ostracism after the Mediterranean Games (2018) and being converted into a vaccination point during the pandemic.

Barça (22 Catalan League titles) and Penya (11) will play the final with a sideways glance at the Endesa Super Cup next weekend, when they will meet again, but this time in the semifinals.