Former United States Vice President Mike Pence said Wednesday at a business meeting in New Hampshire (USA) that he would consider testifying before the House of Representatives commission investigating the January 6, 2021 assault on Capitol Hill. 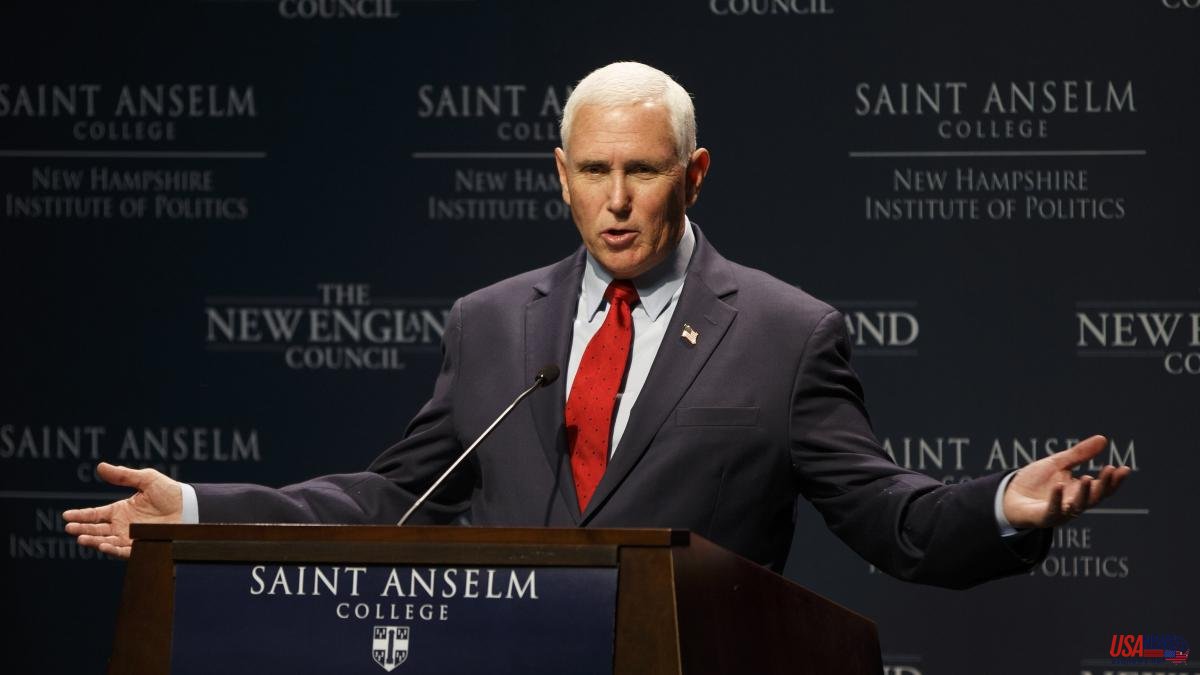 Former United States Vice President Mike Pence said Wednesday at a business meeting in New Hampshire (USA) that he would consider testifying before the House of Representatives commission investigating the January 6, 2021 assault on Capitol Hill. , if you receive a request.

Pence has also used the occasion to comment on the search of Donald Trump's house in Florida. The former vice president has distanced himself from Trump and the Republicans who have called for the defunding of the FBI.

However, the politician has pointed out that the body has become politicized and has asked the Department of Justice to offer "a complete explanation" of why it has been necessary to search the former president's house.

Pence aides told the commission in June that former President Donald Trump pressured the then vice president to overturn his loss in the 2020 election.

Pence, who like Trump is considering running for president in 2024, has said he believes the former president was wrong to believe that the vice president had the power to reverse the outcome of the election, the results of which were being certified. by Pence himself and lawmakers when the Capitol was attacked. However, Trump has denied wrongdoing on several occasions.

"Any invitation extended to me would have to reflect on the unique role I was serving as vice president," Pence told people gathered for breakfast "Politics

On the other hand, Pence has also claimed that "calls to defund the FBI are as misguided as calls to defund the police," a mantra that emanated from parts of the Democratic Party after a Minneapolis police officer murdered George Floyd.

"The Republican Party is the party of law and order. Our party stands with the men and women who serve on the thin blue line at the federal, state and local levels," Pence defended.

Committee members said in June that they were considering forcing Pence to testify. For his part, Pence defended this Wednesday that "a vice president being summoned to testify on Capitol Hill would be something unprecedented in history."

However, the US Senate website shows that Schuyler Colfax voluntarily appeared before a House select committee in January 1873 when he was vice president under Ulysses S. Grant from 1869 to 1873.

At least six current and former presidents have also testified before congressional committees, the website shows.