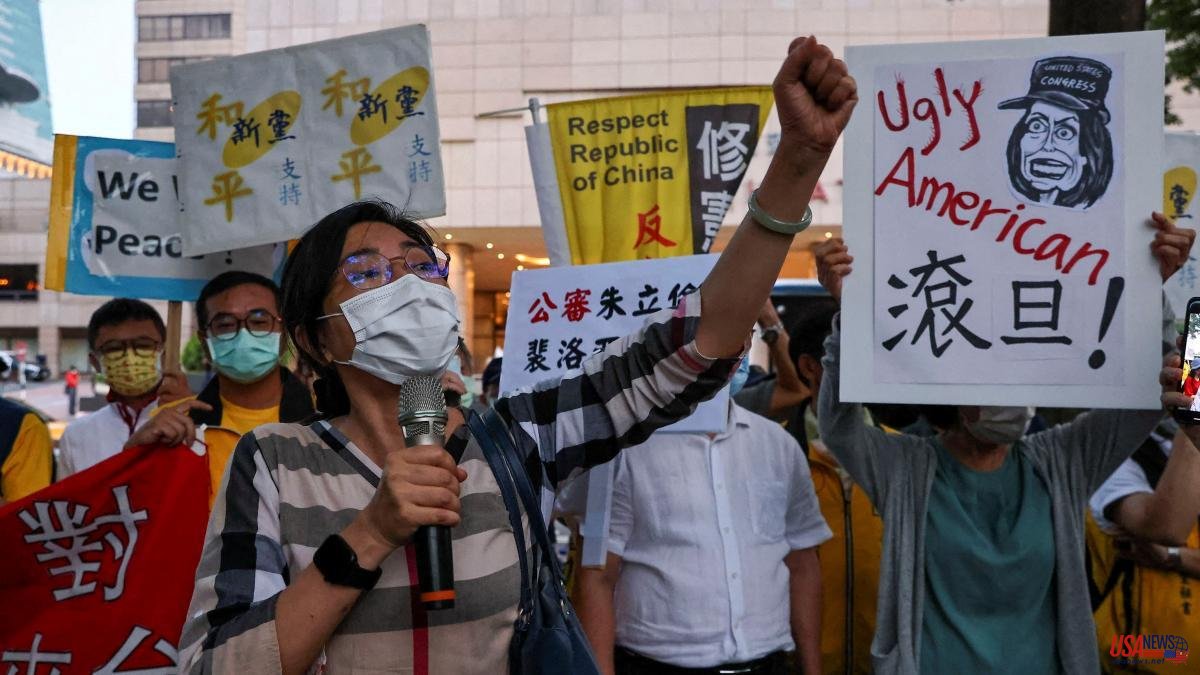 High alert situation. Experts warned yesterday that "the next few hours are dangerous because there may be a miscalculation or an error." The increase to the limit of tension in the world is a consequence of the challenge of Nancy Pelosi and the immediate and firm reply of Beijing.

The Chinese Ministry of Defense announced the start of military maneuvers "with live fire" around Taiwan, and a concentration of military forces in the strait, as soon as Nancy Pelosi landed at the Songshan airport in Taipei, coming from Malaysia, without that he had publicly announced his visit to Taiwan.

The adventure of the Speaker of the House of Representatives, third person in the chain of power in the United States, achieved the rare unanimity of antagonizing President Joe Biden, his friend and colleague, and infuriating Chinese leader Xi Jinping, who he attributes to himself the sacred mission of unifying China and Taiwan.

Although John Kirby, spokesman for the National Security Council, stressed Pelosi's prerogative to visit the island, without this meaning breaking the one-China policy – ​​"we do not support the independence of Taiwan" – the truth is that the White House He worked to make the president of the Lower House see that this was the least appropriate time to do it, and that the damages of this action would far outweigh the benefits.

Although Beijing has not condemned the Russian invasion of Ukraine, the talks between Biden and Xi have so far ensured that China – a major drone manufacturer – does not supply weapons to Moscow when Russian troops begin to go more than short of war material.

What will happen in retaliation for Pelosi's trip remains to be seen.

In Taipei, Pelosi released a statement stating that the congressional commission will visit the island until Wednesday, focusing on relations with Taiwan on security, trade, the pandemic, the climate crisis, human rights and "other matters of mutual interest". .

"America's solidarity with Taiwan's 23 million people is more important than ever as the world faces a choice between autocracy and democracy," he continued. “Our delegation comes to Taiwan to honor the unwavering commitment in support of its vibrant democracy,” she stated.

And he clarified that "our visit is one of several congressional delegations that have come to Taiwan and in no way contradicts the United States' policy (of one China), established by treaty in 1979. The United States continues to oppose a unilateral way to change the status quo”.

That did not prevent the Chinese Foreign Ministry from responding to Pelosi with a statement of "firm opposition and severe condemnation" of the trip, an initiative [that will have] "severe consequences for the foundations" of relations between the two countries.

“Your visit to Taiwan, in whatever form and for whatever reason, is a gross provocation,” the statement added. And he stresses that the trip "infringes on Chinese sovereignty and its territorial integrity." Previously, China warned that its military "would not sit idly by."

These words resonate with the threat Xi made last Thursday to Biden over the phone. "He who plays with fire only gets burned," she warned. Xi is considered the most powerful Chinese leader since Mao.

Kirby replied that "there has been no violation of sovereignty and there is no reason for this response." Again and again it is recalled that in 1997 the then president of the House of Representatives, Newt Gingrich, was on the island and this conflict was not organized. No one is unaware that China lacked the economic and military power of today.

"Beijing was firmly opposed to that trip," said Qin Gang, China's ambassador to Washington, on CNN. "It was a mistake and apparently the United States did not learn the lesson," he insisted.

A Chinese "military display" was expected in Washington. The Chinese Ministry of Defense alluded to "a series of military objectives." Some fear that these actions are a preliminary phase to the annexation of the island.

Fear of Taiwan's fate soars. "We are going to closely observe what happens after the visit," Kirby assured, "so that it is not a pretext to prepare some military action."