The Brazilian star Edson Arantes do Nascimento 'Pelé', hospitalized since November 29 at the Albert Einstein Hospital in São Paulo, Brazil. 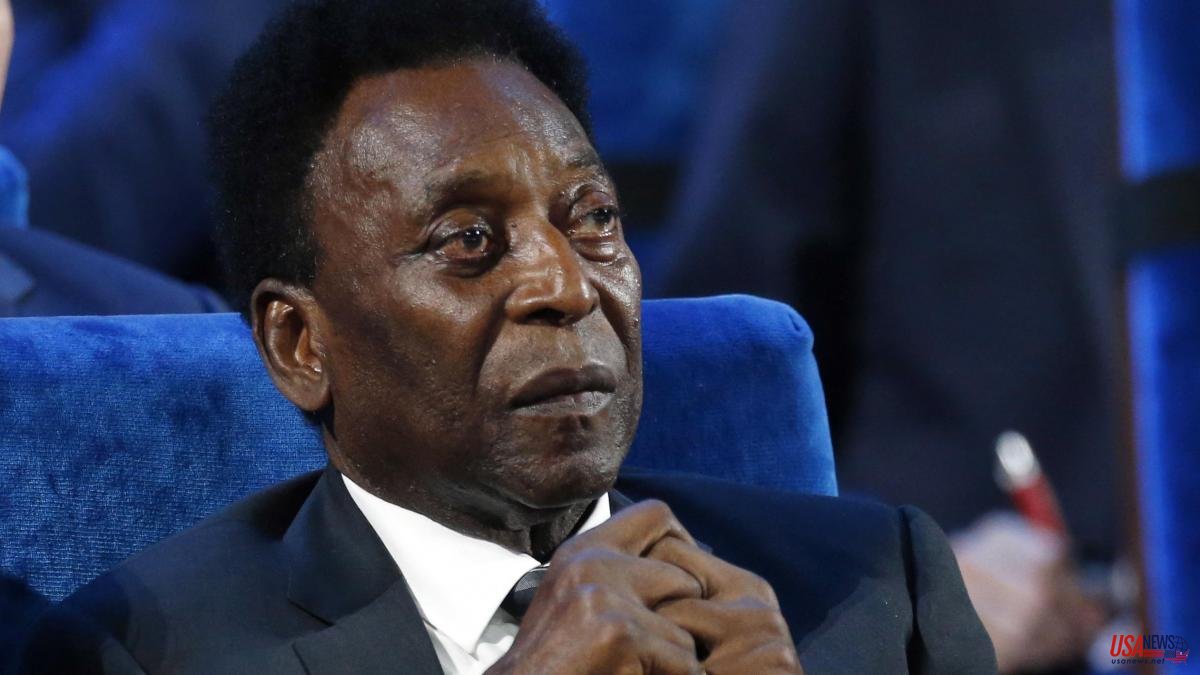 The Brazilian star Edson Arantes do Nascimento 'Pelé', hospitalized since November 29 at the Albert Einstein Hospital in São Paulo, Brazil. According to a medical statement from the hospital, he is receiving care related to "kidney and heart dysfunctions."

Pelé, undergoing treatment for colon cancer, "presents a progression of the oncological disease and requires greater care related to renal and cardiac dysfunctions," they say from the hospital.

The bulletin noted that the 82-year-old triple world champion "remains hospitalized in a common room, under the necessary medical care from the medical team."

Minutes before, his daughters reported that Pelé will spend Christmas in the hospital.

"Our Christmas at home was suspended. We decided with the doctors that, for various reasons, it will be better to stay here, with all the medical care," Flavia Arantes said in a message posted on her social networks.

Arantes thanked "all the love" received from all corners of the planet and jokingly promised to turn the room where his father is hospitalized "into a sambadrome" and "make caipirinhas" to celebrate Christmas.

"The love for him, the stories and your prayers are an enormous consolation because we know we are not alone," said the daughter of the former Santos and Cosmos striker, who assured that "next week" she will update the triple champion's state of health world.

Pelé has been hospitalized for three weeks to reassess the chemotherapy treatment against the colon tumor, which he underwent surgery in September 2021, and overcome a "respiratory infection" that was detected days later.

Despite his delicate situation, Pelé, considered by many to be the best footballer in history, has maintained intense activity on his social networks, with the publication of various messages about the Qatar 2022 World Cup.

In one of the last, he congratulated the Argentine team and Lionel Messi for winning their third star and recognized the brilliant performance of Frenchman Kylian Mbappé in the final last Sunday.

"What a gift it was to see this spectacle for the future of our sport. And I couldn't stop congratulating Morocco on their incredible campaign. It's great to see Africa shine. Congratulations, Argentina! I'm sure Diego (Maradona) is smiling now." , affirmed 'O Rei'.

The family has denied press reports according to which Pelé no longer responds to chemotherapy and is in a terminal phase, before which his doctors chose to go to palliative care.