Pelé and a cultural idea of ​​Brazil

On one of his famous nights in Buenos Aires, in the heat of Brazil's victory in the '70 World Cup, Vinícius de Moraes started to the rhythm of samba, accompanied by María Creuza and Toquinho. 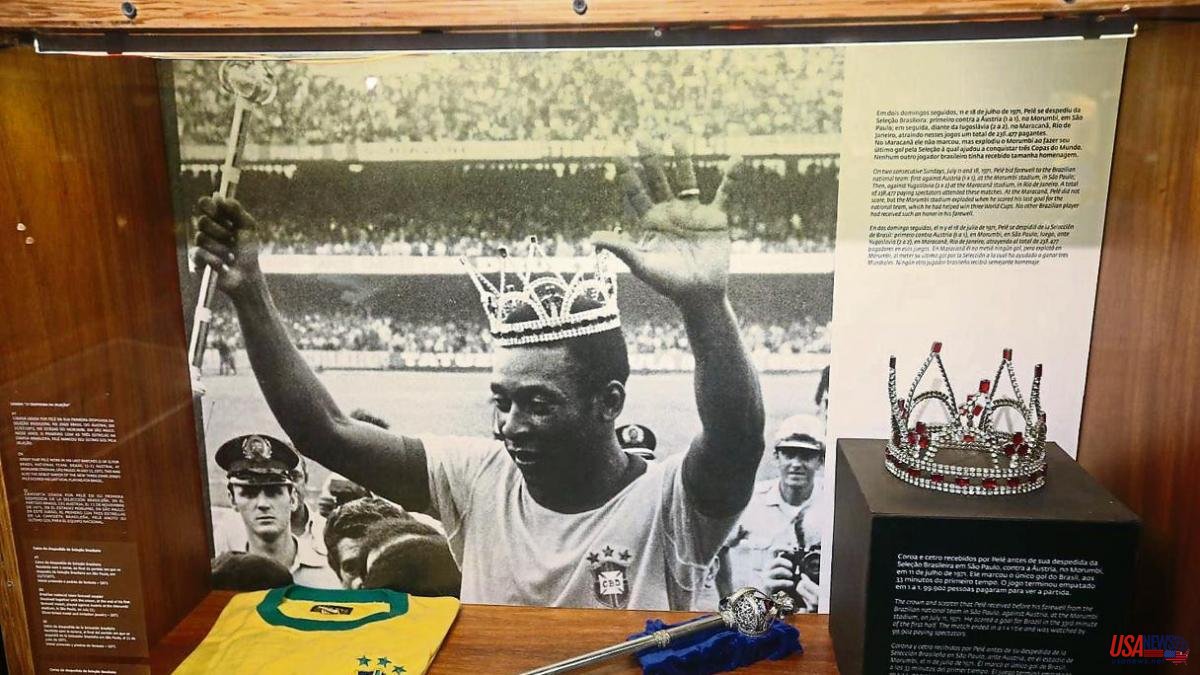 On one of his famous nights in Buenos Aires, in the heat of Brazil's victory in the '70 World Cup, Vinícius de Moraes started to the rhythm of samba, accompanied by María Creuza and Toquinho. “A Copa do Mondo é nossa, com brasileiro nao ha qem possa, e eta squadrao de oro, é bom on samba, e bom on couro (The World Cup is ours, with the Brazilians there is no one who can, this golden team he's good with samba and he's good with leather)”, Moraes celebrated, by way of greeting an audience that adored the author of The Girl from Ipanema, but was grieved by Argentina's absence in that memorable World Cup. An ideal of Brazil, to which football contributed as much as music, was in progress and Pelé figured as a fundamental part of the myth.

Vinícius de Moraes did not write the song, festive and proud, a declaration of love for the team and a way of understanding football as a cultural expression of a country. It was a tribute song to the team that had won the 1958 World Cup in Sweden, the first of the five stars that Brazil placed on the chest of its players. Only 13 years had passed since the end of the Second World War, the consequences of which had not been cleared up. Europeans still lived in a gray gloom, in contrast to the luminous energy that radiated across the Atlantic, where Elvis swayed his hips and technicolor invaded the screens and the dollar.

Pelé entered the World Cup in Sweden as a child and came out transformed into a legend that exceeded football, the youngest and most prodigious player of an exceptional team, made up of players who are still unforgettable today: Garrincha, Didí, Nilton, Djalma Santos and Zizinho. Pelé had all the qualities that could be dreamed of in a footballer. He was unique because he was better and different from the others, the genius who dared to establish the definitive soccer canon. Since then, whoever wanted to compare himself with the best soccer player in history would have to do it with Pelé, not with anyone else.

Pelé and the magical Brazilians of '58 elevated football to another category, in which the game was associated with a state of pleasure and fantasy, ultimately hedonism, that captivated the circumspect Europe that, without even knowing it, was addressing the Beatles and a groundbreaking decade, where Brazil, or the tropical idea of ​​what is Brazilian, occupied a privileged place in the young generation.

Through Pelé, Brazilian soccer acquired such a relevant identity that he was hooked on the cultural explosion that ensued in the following decade. Pelé's Brazil and what it meant in the eyes of the world could not be dissociated from the bossa of Vinícius, from Ipanema and the beaches of Rio, from the fascination caused by Caetano Veloso, Gilberto Gil, Chico Buarque de Olanda, Elis Regina and Gal Costa, of the artistic impact of the Tropicalia movement, of an incomparable sensation of vitality and rhythm.

Pelé has died, but the myth is already preserved. He built it with skills as fabulous as his track record. At this time, the corporate role that he later played in the FIFA company matters much less than the power of a legacy that transcended football and manifested a singular idea of ​​beauty, a way of understanding life and art that people identified with the Brazilian universe, or at least with the most vibrant and happy expression of what is Brazilian.