The President of the Government, Pedro Sánchez, has today published an opinion article in Politico defending the figure of Mario Draghi, adding to the many other pressures in Europe and Italy for the former president of the European Central Bank (ECB) to continue as Prime Minister of the transalpine country. 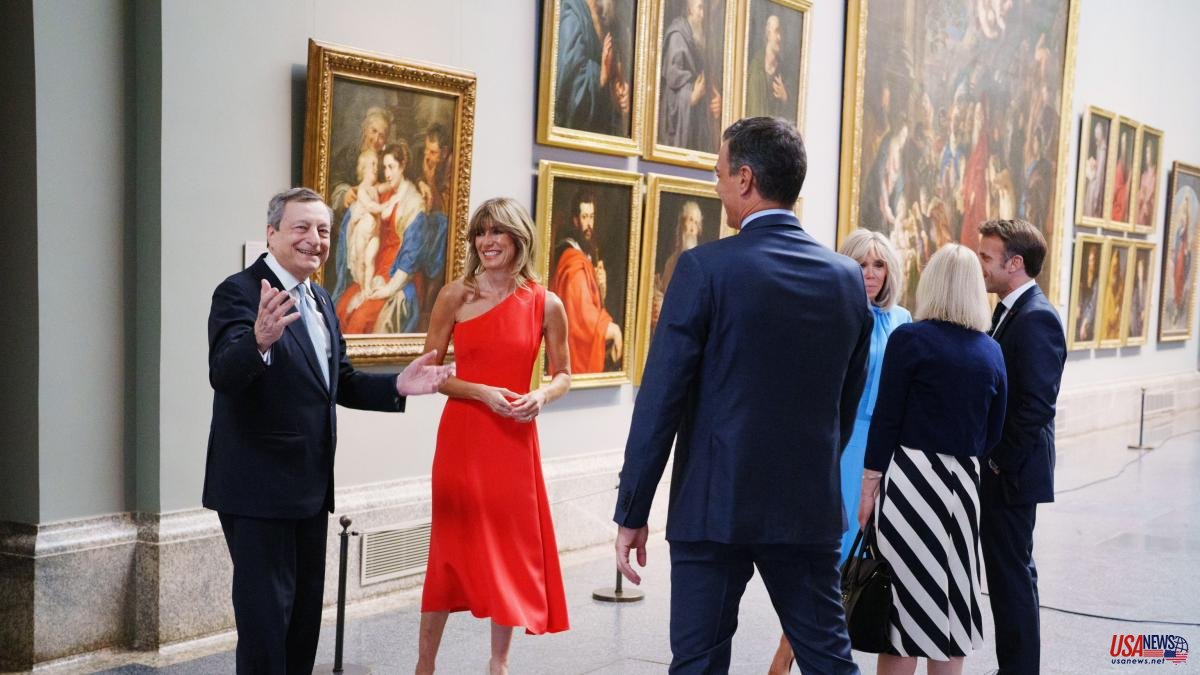 The President of the Government, Pedro Sánchez, has today published an opinion article in Politico defending the figure of Mario Draghi, adding to the many other pressures in Europe and Italy for the former president of the European Central Bank (ECB) to continue as Prime Minister of the transalpine country.

Sánchez had already maintained contact with Draghi during this latest Italian summer political storm, according to what La Vanguardia learned, as well as other European leaders such as the French Emmanuel Macron or the German Olaf Scholz. But this Tuesday he has gone a step further by writing publicly that “Europe needs leaders like Mario Draghi”.

According to Sánchez, he met Draghi when he was president of the ECB and played a “key role in defending the euro” by promising that he would do whatever was necessary to preserve the single currency. As prime minister, he remembers his meetings at the European Council, at a bilateral in Barcelona or at the recent NATO summit in Madrid.

"His intelligent, creative and constructive reflections have always contributed to achieving good results in a good atmosphere of consensus - which is very necessary in these times of crisis," writes the socialist president.

Sánchez also recalls all the common challenges, from the pandemic to the war in Ukraine, in the face of which he considers that Italy has been a protagonist. Draghi's ideas, says Sánchez, have been "key" in debates about energy prices or inflation due to Putin's offensive. “Italy and Spain have led the way, presenting proposals such as the joint purchase of gas or the ceiling on the price of gas,” he comments.

Many others have called Draghi to express their affection, also the Greek Kyriakos Mitsotakis or the Portuguese António Costa, but so far only Sánchez has published an article like this.

The gesture, which will surely be appreciated at the Chigi Palace, comes just one day before Draghi must decide whether to continue governing or throw in the towel in the face of the political division that reigns in the country, something that he will communicate tomorrow in the Senate and in the Italian Chamber of Deputies. The calls for him to continue are multiplying in recent hours, also in Italy, where more than a thousand mayors – including those of Rome, Milan, Venice or Florence – have signed a manifesto to demand that he not leave because it is too important that continue with the recovery plan.

The same associations of businessmen, doctors, professors, paid advertisements in the newspapers or university presidents. A large group of parliamentarians from the 5 Star Movement are prepared to bypass Giuseppe Conte's orders and support him in the Chambers. The big question now is whether all this will be enough to convince Draghi to stay.