Pedri: "I think the result is misleading"

"I think it's a tricky game. 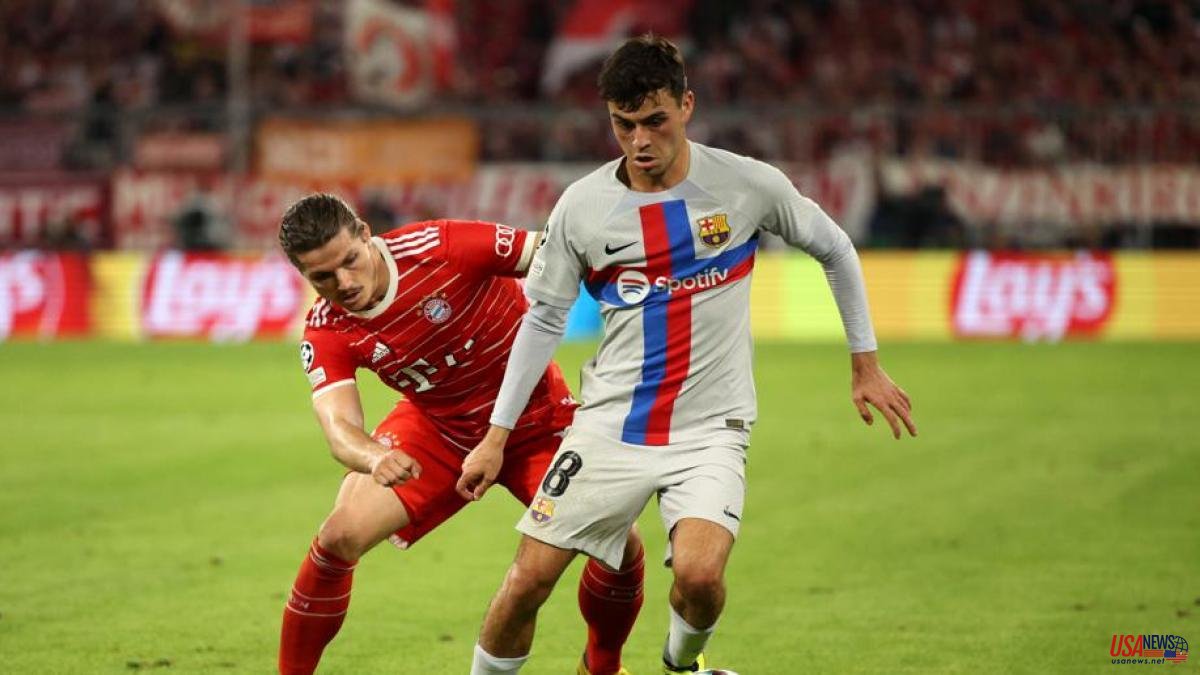 "I think it's a tricky game. We had a lot of chances in the first half and if you forgive so much against a team like that, then you end up paying for it." Word of Pedri González. The Canarian lamented Barcelona's defeat at the Allianz Arena against the almighty Bayern. Still he vindicated the way. "I think we played a great game. We competed a lot and we could have won it. I think the results will come, I'm sure", warned the azulgrana who had two very clear scoring chances.

For Pedri, Barça has two aspects to improve. The first is soccer. "In a corner they marked us. We have to improve so that in the next one it doesn't happen to us because we knew that it is a dangerous team".

The second aspect is undoubtedly psychological. "When you see that you arrive and you don't score and they take the lead, it's true that it's hard for us. You also have to keep in mind that we were playing at their home". Finally, the canary did not want to get wet about the possible penalty on Dembélé that the referee, Danny Makkelie, did not whistle. “I have not seen the foul on Dembélé, but if the referee and the VAR consider that there was nothing, I suppose that it was”, he sentenced.

In the same line, Koundé, who occupied the right side, pronounced himself. "We competed very well. It's all about the details. What we lacked were goals. We lost a bit in the corner and conceded the second goal shortly after. We have to keep improving because in the end they punished us with set pieces and counterattacks" , he pointed. The French center-back also spoke of Lewandowski who was left unmarked in what was his home for the last eight years. "Lewandowski's chances? That happens sometimes. Next time they will go in," he said.