The interventions of the plural group in the debate on the state of the nation have been as varied as its composition. 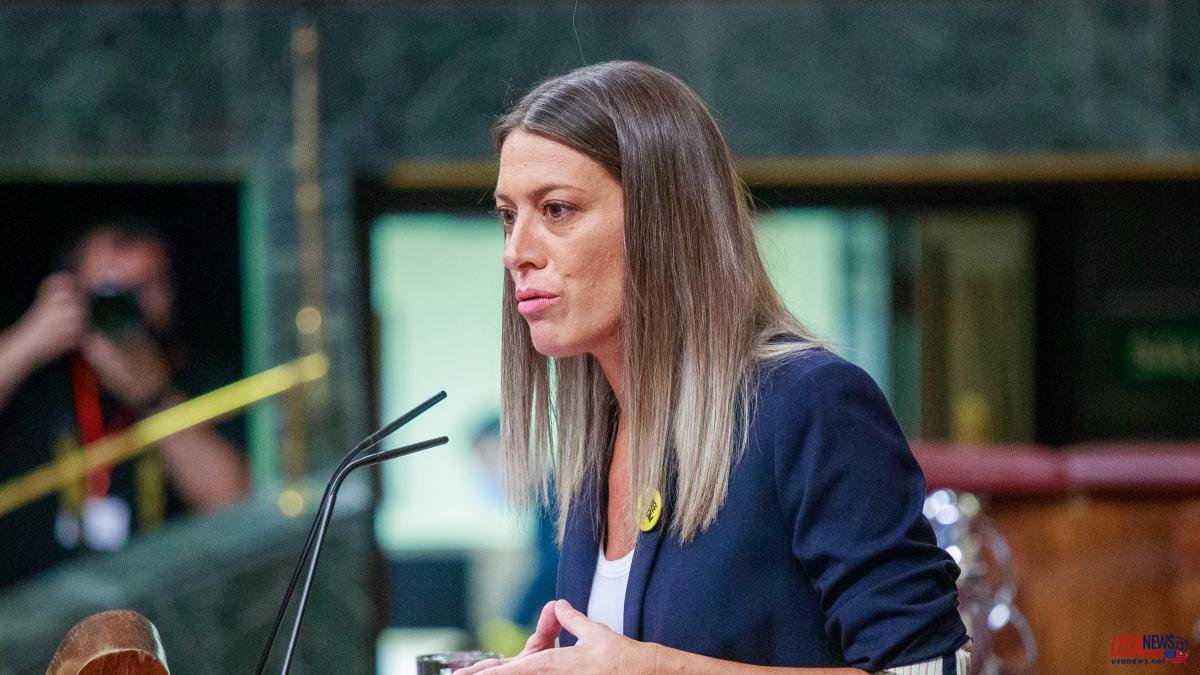 The interventions of the plural group in the debate on the state of the nation have been as varied as its composition.

After the first day of the debate on the state of the nation in which the President of the Government, Pedro Sánchez, once again stepped on the ideological accelerator, printing an energetic turn of the rudder to the left, Junts, PDeCAT, Más País, Compromís and BNG They have broken down their assessments from the rostrum.

For Junts, the first group to speak in the second session this Wednesday, the disagreements with the Government are so many that they have not had a place in the 10 minutes of the speaking time of its spokesperson, Miriam Nogueras, who has sent a letter to the president of the Executive, Pedro Sánchez, with all of his claims. And, from there, he has focused on "independence" and "underfunding" summing it up in a single sentence: "Continuing to give it stability has kept us away from independence. With your mandate, with you, Catalonia loses".

The Catalan has assured that “people want to be happy and autonomous, and not depend on their subsidiary policies, Mr. Sánchez”. And, in relation to the 100% bonuses for the Cercanías, Rodalies and medium-distance train passes, he has made it ugly that “the trains do not have to be free, they have to work. And what doesn't count is that after all, the cuts come for free”.

Nogueras has also stressed that the Government has not invited Junts to the dialogue table until now, when it sees the "shipwreck of its plan" and for this reason it now decides to lift the veto initially imposed. Invitation, which Nogueras has announced, will fall on deaf ears: "Junts is only going to sit down in a real negotiation process to respect the verdict of the polls", he has challenged Sánchez, advancing her that Junts will not act as "lifeguards" of a table in which "there is no dialogue since you want to say what can be talked about and what not".

Next, it was the turn of Ferran Bel, spokesman for the PDeCAt, who accused Sánchez of "disregarding the responsibility of applying the general budget in Catalonia" when "so much effort and commitment is requested from his group to support the bills". And so he has listed the investments of Renfe, Adif, highways that in Catalonia have been "inferior" to those of the whole of Spain and "much inferior" compared to what was developed in Madrid.

Regarding the Catalan conflict, the PDeCAT "continues to support the dialogue table", but has regretted that it has met only twice. It cannot be a slogan, results are needed”, he has said.

Bel, in his first intervention in a debate on the state of the nation, has wanted to end by lessening his criticism, trusting that the small print of the great promises made yesterday by Sánchez will not make it difficult to fulfill them by making him pass off more as an image campaign in instead of a set of practical policies with a real impact on citizens.

Immediately afterwards, it was Íñigo Errejón (Más País) who went up to the speakers' gallery, intoning a few words in tune with the turn to the left made official yesterday by the President of the Government. Errejón has welcomed the measures that Más País had previously announced as green policies, but he recalls that they must be implemented without paying attention to the noise that the rights may generate.

Of course, Errejón has warned that yesterday's announcements are nothing if they do not reach the end of their execution. Although, at the moment, he already sees something good in him. "The terrain has been clarified by seeing how, when you turn the rudder to the left, the right quickly comes out to defend the great fortunes and companies announcing the cataclysm." For this reason, Errejón has offered his support to combat the denialism of PP, Vox and Cs. “If you continue on the path taken yesterday, you will find us on the way”, he summarized.

In line with its predecessor, Compromís has celebrated the turn of the Executive. And his spokesperson, Joan Baldoví, has valued the role of the party he represents, reminding Sánchez that “he would never offer measures like yesterday's if they had governed with Ciudadanos. They are measures that go ahead thanks to the progressive votes of Catalans, Basques, Valencians, Cantabria, Canarians … ”, he extolled before warning that he will not believe anything announced until these measures appear in the BOE ”.

And looking at the electoral future, Baldoví has ​​projected that thought to society as a whole, reminding Sánchez that "the popular classes, the workers and the most disadvantaged will also believe him as long as the big companies do not pass on the new taxes to them."

Following the line of Errejón and Baldoví, Néstor Rego, spokesman for the Galician Nationalist Bloc (BNG), welcomed the fact that "social pressure has pushed the Government towards what our party has been demanding for some time".

But he has reminded him that Galicia was left out of yesterday's debate since the transport aid in Cercanías and Rodalies will not reach the northwest of the country since in that autonomous community they lack this type of service.

"His credibility in this matter is clearly in question," he continued, then called for "structural measures" such as "capping the price of electricity and fuel for end consumers."