Behind the anger that runs through Spanish politics there is a different reality that lives in parliaments and their day to day. 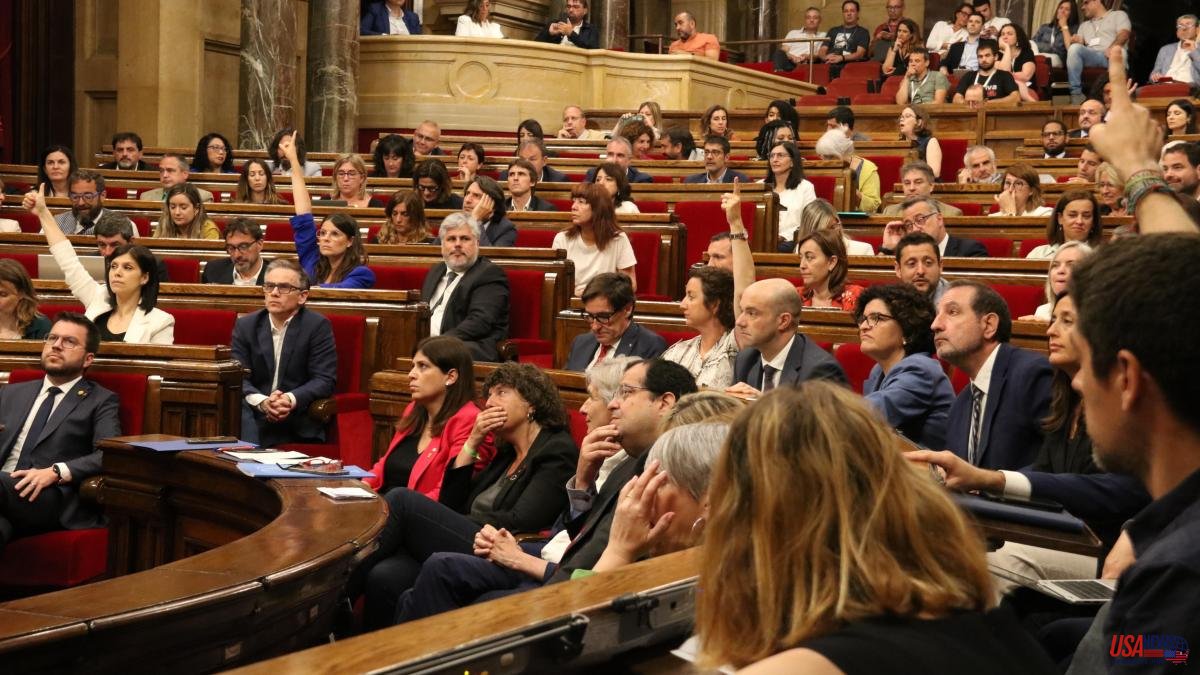 Behind the anger that runs through Spanish politics there is a different reality that lives in parliaments and their day to day. Perhaps it is time for it to be known that there is a high level of consensus in the regional chambers when it comes to preparing and approving laws, says Xavier Coller, professor of Political Science (UNED). His reflection comes from the hand of a project that has analyzed all the legislative initiatives approved in parliaments in the period from 1980 to 2021. In this long journey it is observed that, on average, laws are approved with only 16 % of votes against, and the inclusiveness index –which measures whether the opposition joins the consensus– is 0.68, in a range from 0 to 1.

Coller directs the Consenso-UNED project, financed by the Ministry of Science, Innovation and Universities, and in a conversation with this newspaper he points out that although politics is currently experiencing affective polarization and a general tendency towards confrontation between blocs, the consensus in cameras is frequent. The problem, therefore, is that the agreements are obscured and do not reach public opinion. The idea that politics is linked to insult and anger at the hands of strategies, social networks, the media is rooted in the collective imagination, when instead there is another reality: parliamentarians have spent days and days negotiating laws and come to agreements.

According to the results of the project The Social Construction of Consensus in Multiparty Environments – a study that is still ongoing – it is observed that the consensus was greater in the years just after the Transition, the lowest point reaching around 2012 and then returning to increase pactism due to the growth of multipartism.

But not only for this. Despite the affective polarization (emotional identification with one ideology, and rejection of others) that has characterized politics in recent times, there continues to be a non-polarized consensus around certain public policies linked to the maintenance of the welfare state. Consensus also prevails when legislating on certain groups, explains Coller, such as children or vulnerable groups. It is not true, therefore, that the politicians are fighting in the commissions where the treatment is friendly, emphasizes the director of the project.

In an overview of the different parliaments, it can be seen that Navarra, Catalonia and the Basque Country –multiparty communities– have a high level of consensus, not only understanding that there may be coalition governments but also when it comes to incorporating the opposition into the consensus . Galicia and Madrid present lower levels of inclusivity. In Andalusia, where elections were held, the last legislature decreased the degree of inclusiveness in a bloc parliament, but it was a moderate decrease.

To fine-tune the measurement of the degree of consensus, which can give rise to misunderstandings in chambers with a large majority of a party or with the search for specific support from ideologically close formations, the inclusiveness index has been used in a range of 0 to 1, where 1 means that the entire opposition has been incorporated into the consensus. Navarra and Catalonia, the most inclusive, have an index of 0.8 and in the Basque Country 0.9. It is not an issue that has to be linked to nationalism but to a pactist tradition, indicates the professor.

The decrease observed in 2012 in the entire political map may be due to the effects of the economic crisis, when laws that imply economic cuts and are therefore more difficult to agree on are applied. Likewise, if budget laws are analyzed – the fundamental axis of a government's policy – ​​the consensus is lower, but even so it reaches 72%.

The project, in which the Autonomous University of Madrid, Pablo de Olavide and Burgos also collaborate, thus shows a reality that is not in line with the perception that exists about politics. And that is why Coller asks out loud why the insult is echoed before this thread of consensus? Why are there fights? Who do they benefit? And, above all, what would citizens think if they knew about this policy that exists behind the fights?

For this reason, he considers that it is time to make it known, to shed more light on another face of politics, a fundamental part because it is the maker of legislation.

In these 41 years, the autonomous parliaments have approved nearly 7,400 laws. 83% are bills that come from governments, and 17% are bills. It is a policy that goes beyond the impact of the fast and ephemeral.