Civil servants of the Parliament of Catalonia who had been granted or authorized a license due to age, known as "golden pensions" that allowed them to collect 100% of their salary without working from the age of 60 if they had worked for at least 15 years in the institution, they will have to return to their jobs on November 1 except in some specific cases, and from now on workers over 60 years of age, when they have less than five years left for legal retirement, will be able to gradually reduce your working day. 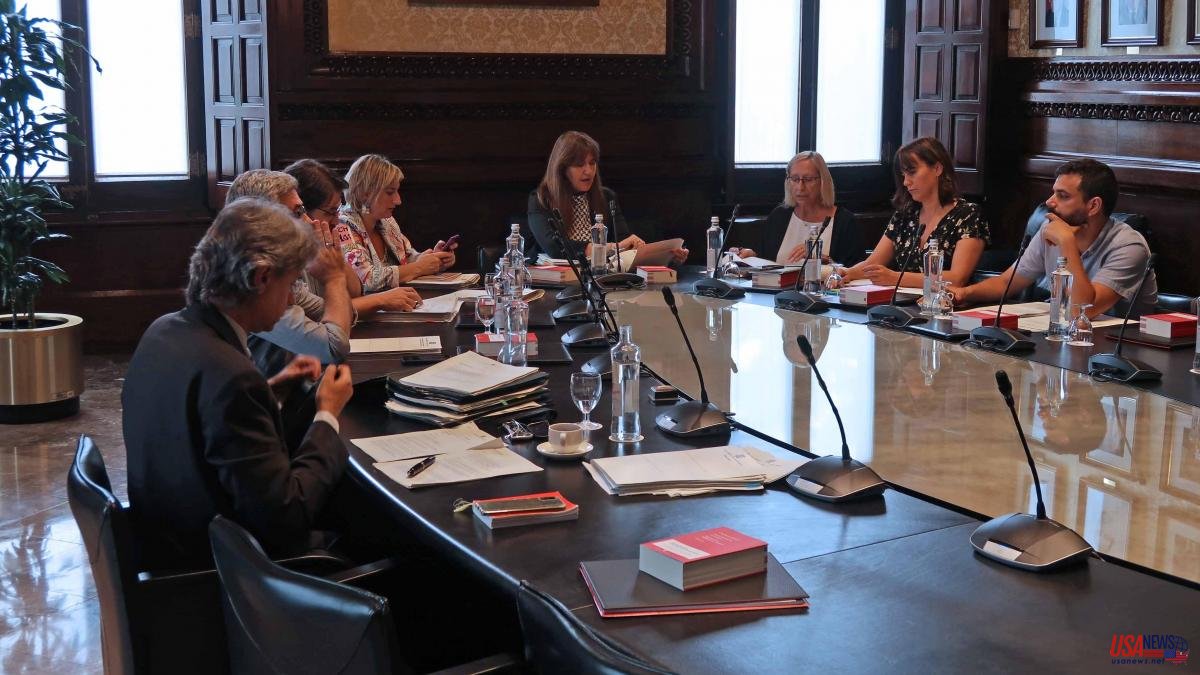 Civil servants of the Parliament of Catalonia who had been granted or authorized a license due to age, known as "golden pensions" that allowed them to collect 100% of their salary without working from the age of 60 if they had worked for at least 15 years in the institution, they will have to return to their jobs on November 1 except in some specific cases, and from now on workers over 60 years of age, when they have less than five years left for legal retirement, will be able to gradually reduce your working day. This is stipulated in the proposal that will be voted on this week.

According to a draft that this medium has accessed, licenses due to age will be suspended for all officials who had been authorized or granted, except for those who are, in September of this year, less than a year away from forced retirement. , those who reside outside of Catalonia, those who have a temporary disability, those who have to care for a family member up to the second degree of consanguinity with a disability of 65% or more or a degree of dependency that prevents autonomy, and those who in the last year have suffered oncological diseases, are recovering from serious illnesses and those who suffer from mental health problems.

In any case, although officials must return to their place of work prior to the granting of licenses due to age, they have the option of doing a 100% teleworking day and can also benefit from the new regulations, which provide for reductions of incentivized days. In the event that the position occupied by these officials no longer exists, the general secretary of the Parliament, a function that is now carried out by the senior lawyer, Miquel Palomares, will be the one who must look for a position that suits the workers' job rank.

In the reduction of working hours from the age of 60, there are several options on the table and several scenarios, but in all cases there must be five years or less left for retirement.

Thus, a worker will be able to reduce the working day by a third the first year, by half the second and be the last three without working in exchange for receiving the salary of a retiree in its maximum tranche. In any case, the Parliament will have to pay the social security contributions of these officials at 100%, although this later affects the retirement premium, which will be somewhat lower.

For workers who do not have 25 years of experience but meet the other requirements, there is the possibility of progressively reducing the working day for five years, from one sixth the first year to half the working day the fifth and last year, with a formula salary equivalent to the one described above. Whoever reduces the working day by one fifth would receive four fifths in full and the remaining part would be proportional to the maximum pension.

The other possibility is to reduce the working day by a third or half in exchange for receiving the full salary of the part that is worked and the proportion of the corresponding pension – not the maximum – of the remaining part. That is, half of the salary and half of the pension that the worker will receive when he retires. In this second scenario of reductions, as in the previous one, the Parliament will also pay contributions at 100% until retirement is reached. But the final compensation will be somewhat lower for officials with fewer years behind them.

All these changes will be approved on Thursday at a meeting of the extended Bureau, in which all groups that have parliamentary representation can participate and vote. Afterwards, it is expected that the draft will be taken to the Institutional Affairs Commission (CAI), which must corroborate the changes in the statutes of the internal government regime of the Parliament.

The new scenario is born from the proposal of the politicians -Aurora Madaula has been in charge of the negotiations-, but it does not have the endorsement of the Parliament's staff council, the body in which the workers of the Chamber are represented. This week and last week there have been several meetings that have not come to fruition and the staff council has come to request the figure of a mediator.

A few weeks ago, on June 8, there was an agreement that was sealed between politicians – the Table delegation was made up of Ferran Pedret and Madaula, in that case – and workers, but after the details were revealed and a system was maintained similar to the current one that is now intended to be eliminated, was revoked by the President of the Parliament, Laura Borràs, and was not approved in the CAI, which extended the deadlines to resolve an issue that has been dragging on since last January, when the Ara newspaper brought these situations to light.

Licenses based on age were approved in 2008, when the president of the House was the Republican Ernest Benach, and then there were no reactions to the approval of this measure, which was reported by various media, including La Vanguardia.