Relations between ERC and the Government of Pedro Sánchez are practically non-existent since the espionage of the independence leaders broke out. 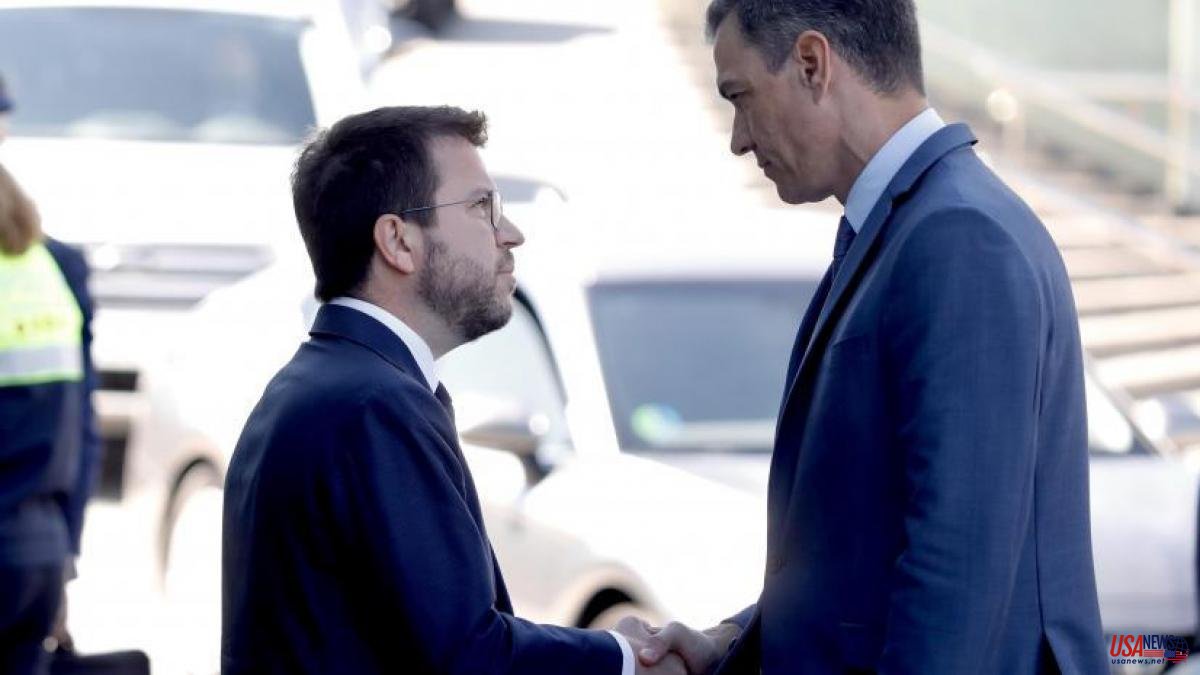 Relations between ERC and the Government of Pedro Sánchez are practically non-existent since the espionage of the independence leaders broke out. The absence of explanations from the central executive has irritated President Pere Aragonès, who despite continuing to reach out to rebuild the lost trust, is beginning to show signs of weariness at the neglect that, he says, the Socialists practice.

In this tense environment, the decision of the Supreme Court (TS) to change its criteria and accept the appeals against the pardons, granted in June of last year, has fallen like a bomb.

Republicans denounce that the Judiciary has declared war on independence and accuse the PSOE of doing nothing to prevent it.

"They never help", cried Gabriel Rufián yesterday in reference to the PSOE, after learning of the Supreme Court's resolution. A decision that could lead to the annulment of the grace measure that the Government granted to the nine independence leaders, convicted of a crime of sedition by the procés.

The anger of the Republicans with the socialists is enormous and the list of grievances is piling up. A symptom of this loss of confidence is visible in the votes in the Congress of Deputies in recent weeks. ERC has gone from being one of the preferred partners to responding with "noes" to the Government's legislative agenda.

Republicans have voted against it in five of the last nine votes. The most notorious were for the decree law of economic measures to combat the consequences of the war in Ukraine -it was approved thanks to a pact with Bildu- and the National Security law that Sánchez was able to carry out thanks to the support of Alberto Núñez Feijóo's PP . Soon, the gag law, the Housing law and the Democratic Memory law will be debated and it remains to be seen what ERC will finally do. If everything continues as it has been up to now, the Government will predictably find a “no” for an answer.

However, Aragonès does not consider the relationship broken. Yesterday during the balance conference of the action of the first year of the Govern he returned to build bridges with the PSOE. The president assured to keep open the path of dialogue and once again defended the negotiation table. However, the president's attitude shows signs of tiredness and demands a movement from Sánchez and a meeting that does not materialize.

"We have to talk," the President of the Executive told him at the Cercle d'Economia meeting in Barcelona on May 6. The greeting in full Catalangate was limited to a few words, while they waited for the president of the European Commission, Ursula von der Leyen. Two weeks later there is no news of the appointment and not even a phone call.

The Republicans consider that this meeting will not take place until after the Andalusian elections, on June 19. They criticize that the Executive put the electoral calendar ahead again. It already happened at the beginning of the year when the dialogue table was scheduled to be held, which has not met since September of last year, but the elections in Castilla y León led Sánchez to postpone the appointment.

For now, they await the explanations that the President of the Government may offer tomorrow in the Congress of Deputies about the espionage of Pegasus, including the mobile phone of Aragonès himself. They have stopped giving names and surnames to the possible dismissals due to Catalangate, but they continue to demand the declassification of the CNI documents in which a judge authorized the use of spyware.

The change of opinion of the Supreme Court, which months before had approved the pardons, opens an uncertain judicial scenario that will have to be resolved in the coming months.

The truth is that beyond the tense relations with ERC, the change in the court's criteria, after a magistrate's dance, puts the Government in a bind at the gates of a complicated Andalusian campaign. And not only that, it once again shows the difficult relations that the Executive maintains with the Judiciary.

Yesterday, Moncloa strove to defend "legality and usefulness" of pardons and assured that they trust that the change of criteria of a Supreme Court will not have a long way to go. They hope that Sánchez's arguments, which promoted "the reunion agenda" with Catalonia, will serve to avoid overthrowing the pardons.

In fact, the spokeswoman for the Executive, Isabel Rodríguez, defended yesterday after the meeting of the Council of Ministers "the usefulness for the sake of coexistence and the recovery of normality in Catalonia".

To support these arguments, the Government recalls that the Prosecutor's Report confirms a 62% reduction in hate crimes in Catalonia.

The defense made by the Government of the pardons contrasted with the statements of the leaders of the PP, Ciudadanos and Vox, parties that filed appeals with the Supreme Court. For Feijóo, Sánchez "broke the consensus" with his "unilateral" decision to grant the grace measures.