Pardon Griñán or war of the Old Testament

The pardon of the ERE case lends itself to the same reflection that Tolstoy makes in Anna Karenina on the contradictory relationship between happiness and unhappiness within families: they all have a common denominator – a criminal is exempted from his sentence by the decision of a ruler – but they are far from identical. 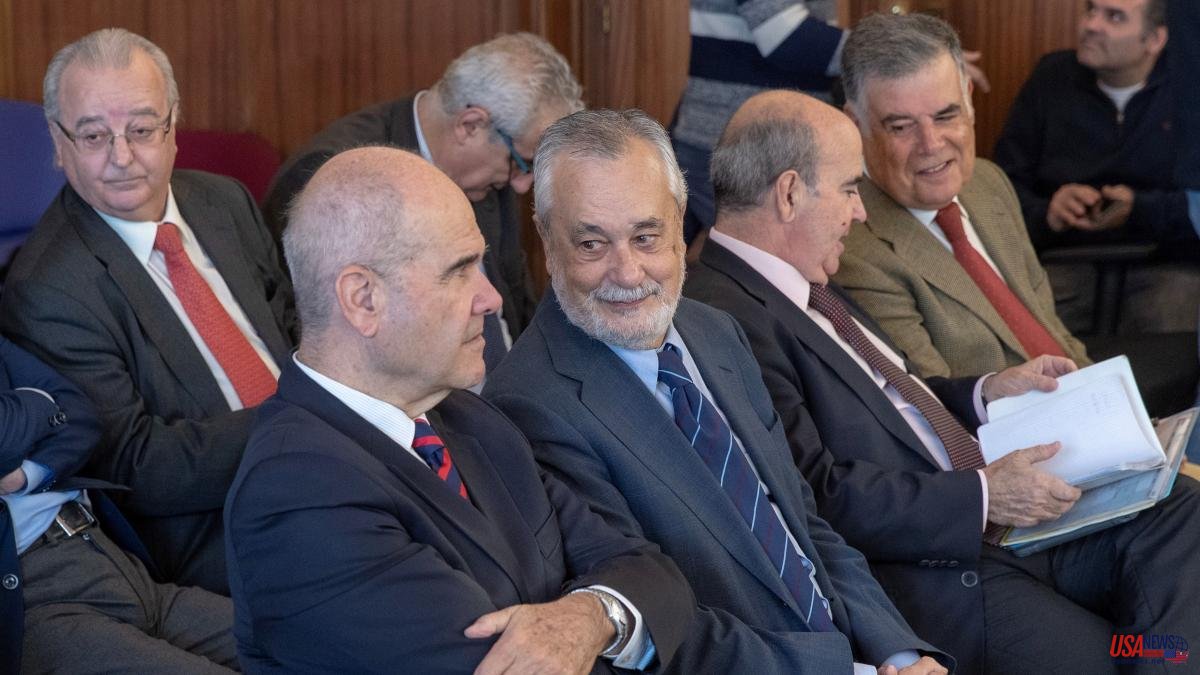 The pardon of the ERE case lends itself to the same reflection that Tolstoy makes in Anna Karenina on the contradictory relationship between happiness and unhappiness within families: they all have a common denominator – a criminal is exempted from his sentence by the decision of a ruler – but they are far from identical. Both for the beneficiaries and for those who grant them. This rule explains the background of the measure of grace that José Antonio Griñán, former president of the Andalusian Government, has announced that he will request once the ruling of the Supreme Court that ratifies, in almost all its extremes, the sentence issued in November 2019 by the Court of Seville.

The possibility that the Government grants this pardon reopens the debate on the use of this exceptional measure, previously applied to those convicted of the procés in Catalonia, while raising doubts about its possible arbitrariness –those convicted by the ERE are 15 people– and fuels, depending on how the political scenario evolves, the possibility of a critical front against Sánchez. The three issues converge in the pardon for Griñán, claimed by Felipe González, Zapatero, Alfonso Guerra or Susana Díaz. The representatives and the last (failed) heir of Old Testament socialism.

Griñán's pardon has a partisan profile, since neither the former president of the Board, convicted of prevarication and embezzlement, nor the rest of the defendants have shown repentance. The thesis of the defendants, which the PSOE has endorsed, is that they have been treated "unfairly". They deny, therefore, the judicial action. The ruling provided evidence (of an indicative nature, provided for in the legislation) to the contrary, although such evidence has not made the Socialists accept the facts. They continue to deny them, which means resorting to the legal mechanism of pardon to avoid prison.

Such an approach, predictably, will cause a negative report from the Supreme Court that, although it is not binding, leads to granting a partial pardon. Another critical issue is the individual element: Griñán, for the moment, is the only one who has made known his desire to request a pardon, but it is likely that the rest of the high-ranking officials with prison sentences will also do so, including former directors Carmen Aguayo , José Antonio Viera, Antonio Fernández or Francisco Vallejo. Nor is it ruled out that former minister Magdalena Álvarez, Gaspar Zarrías or Manuel Chaves support them, although his sentence does not imply jail. The Court of Seville describes the crimes they committed, although it distinguishes between illegal decisions (knowingly) and the damage to public coffers. In the event that everyone requests pardon, the Government will have to choose between a collective pardon or several individual pardons.

There are, however, many differentiating factors: while the suspension of the sentencing of the pro-independence politicians was justified by their "public usefulness" – the Executive hoped to pacify Catalonia – in the cause of the ERE this argument becomes impossible, since the Justice appreciates criminal responsibility for embezzlement of 680 million euros. Nor is the invocation of "equity", "justice" or "concord" pertinent. Especially if it were the case that the pardon benefited Griñán and not the rest of those convicted with the same sentence, for whom circumstances such as age or the impossibility of reoffending should also be considered, which derives not so much from their will as from their disqualification. None of the convicts of the ERE, except for one case, has gone through preventive detention during the investigation.

The decision adopted will therefore be conditioned by political interest and by a third derivative, which is organic. The Government knows that this pardon has a cost. And more with the local and regional elections on the horizon and the figure of Sánchez weakened after 19-J in Andalusia.

In addition, the ERE project another snapshot that their opponents will use: the PSOE pardoning itself for corruption. Moncloa has difficult other legal alternatives, given that a hypothetical last resort to the Constitutional Court – this is what Griñán plans to do to avoid jail – is usually denied for crimes exceeding five years in prison (embezzlement implies six).

The internal pressure is remarkable: the tone with which the historical leaders demand a pardon, and the internal movements within Andalusian socialism, state, without making it explicit, the will of the old guard of the PSOE to once again exercise its influence in the match. Sánchez, for the moment, resists, but the polls confirm that he is going through a phase of weakness.

The message is clear: the patriarchs want to go back to being what they were. His martyr to achieve it is Griñán. The President of the Government must choose, according to the formula of Pietro Metastasio, an Italian poet of the 18th century, between mercy without justice (weakness) or justice without mercy (cruelty). Neither option benefits you.