The sun was first. Then, the wind and rain. 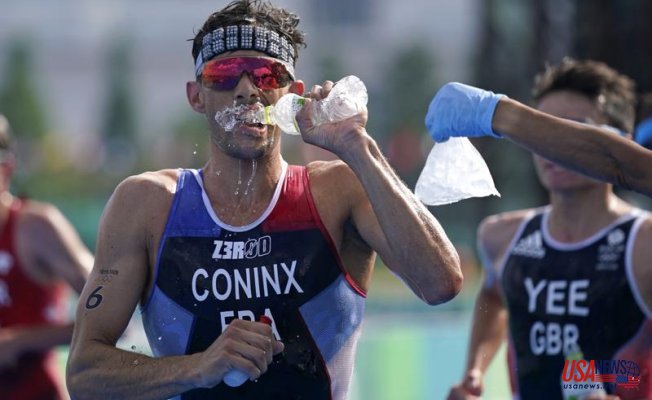 After being delayed by the pandemic, the Tokyo Olympics are now open under the oppressive heat. A typhoon is expected to arrive Tuesday morning and disrupt at least some of the Games.

Andrew Knewstubb, a New Zealand rugby sevens player, said that it felt like they were trying to prepare for everything.

However, archery rowing, sailing and rowing have already modified their Tuesday schedules. Masa Takaya, spokesperson for Tokyo Games, stated that no other changes were expected.

The competitors are looking for a change in the weather, so long as it doesn't bring down the wind and rain. They will be located about 90 miles east from Tokyo. Low tide caused Monday's surfing competition to be delayed. However, if the storm strikes as predicted, waves could be twice as high as anticipated.

Kurt Korte (official Olympic surfing forecaster) said, "As a homeowner, I say, "Oh no, stay away!" "But, as a surfer, I say, 'OK. You can form if your stay out there.' Everyone can agree that a storm in the distance is the best.

According to the Japan Meteorological Agency, Nepartak was heading northwest over the Pacific Ocean east Japan on Monday. Landfall is expected Tuesday afternoon. Strong winds could cause the storm to bring heavy rains and waves across Japan's northeastern regions. It could drop up to 5.9 inches (150 m) of rain.