Palm Springs, the hiding place of the stars

In the thirties of the last century, when the Great Depression hit the United States and the world, and the cinema (in its transition from silent to sound) was one of the few possible escapes, Palm Springs was nothing more than a town desert entrance. 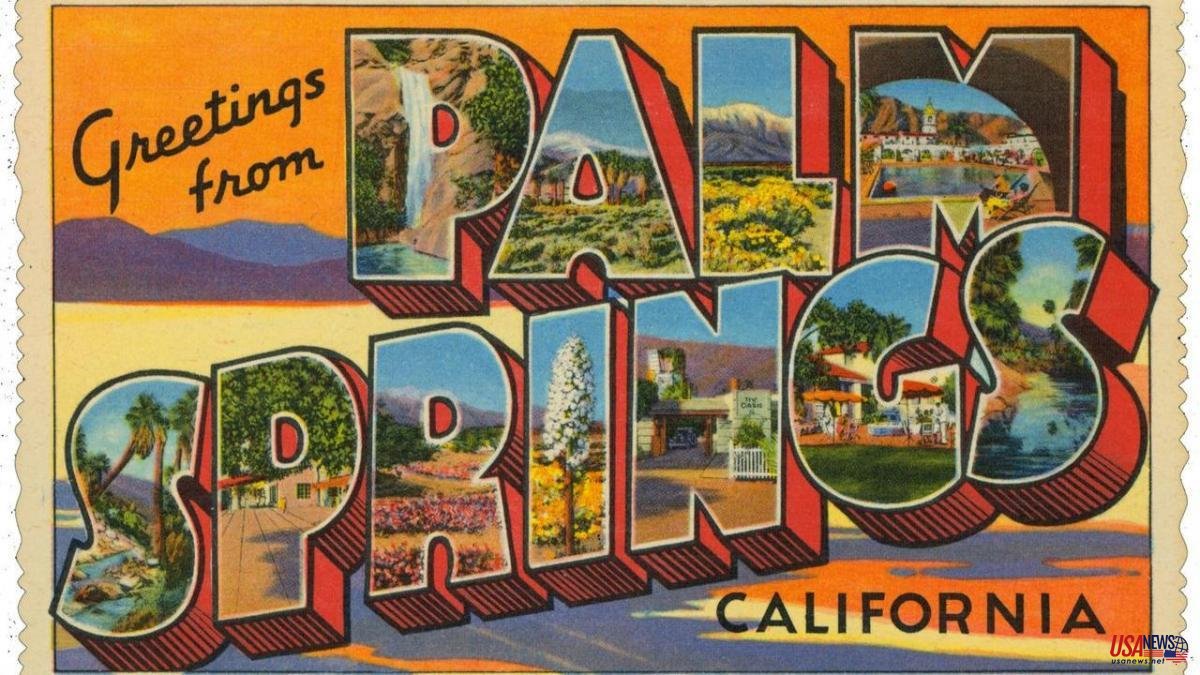 In the thirties of the last century, when the Great Depression hit the United States and the world, and the cinema (in its transition from silent to sound) was one of the few possible escapes, Palm Springs was nothing more than a town desert entrance. But in a short time it became much more, because Hollywood stars made the town their favorite refuge. And although luckily there is no longer to hide so much, it still is.

Other places have grown from real estate speculation, but Palm Springs did so as a kind of antidote to the Puritan morality of the day. The big studios made the actors and actresses sign contracts with the so-called “two-hour clause”, which prohibited them, during the shooting and production of their films, from being further than one hundred and twenty minutes from Los Angeles, in case that his presence was urgently required to do a take, add a voice, or whatever. At the same time, under pressure from the Catholic Church, they contemplated severe sanctions in case of a wide range of "infractions", from extramarital affairs to homosexuality, through drunkenness, fights, fights, gambling addiction or affiliations with the mafia.

After Bob and Dolores Hope, Lucille Ball, Gene Autrey, Johnny Weismuller (Tarzan) and Dinah Shore, among others, visited Palm Springs, word spread around Hollywood that it was the perfect hideaway (except in the summer, when temperatures can exceed 45 degrees), an oasis with palm trees at the foot of Mount San Jacinto and the Santa Rosa Mountains, with a dry and healthy climate, and three hundred and fifty days of sunshine a year, where they could commit all the sins they wanted without let their husbands and wives, their directors and producers know. And where the paparazzi didn't go that made life impossible for them! For a simple economic reason: the newspapers and magazines of the time paid their travel expenses if it was not more than a hundred miles from Los Angeles..., and the place was (and still is) a hundred and seven miles.

Palm Springs replaced Santa Barbara and Laguna Beach (also less than two hours from Hollywood) as the place to get away. At its two main hotels, El Mirador and The Desert Inn (an old sanatorium for respiratory illnesses), Tyrone Power and Shirley Temple, Rodolfo Valentino and Bing Crosby, Jimmy Durante and Leslie Howard, Clark Gable and Joan Crawford, Kirk Douglas and Elvis Presley, Spencer Tracy and Errol Flynn, Mary Pickford and John Barrymore, Robert Wagner and Natalie Wood. Branches of Beverly Hills boutiques sprang up from his hand, and it was common to see actresses by the pool wearing a mink coat over their swimsuits. So that the fun was not lacking, they opened tennis clubs, discos and casinos, and organized rodeos, horse riding and pony dressage competitions, barbecues at each other's homes, as well as the annual benefit gala of the local police to raise funds, which is still being held.

The desert town became so fashionable that spending a few days in a hotel suite was no longer enough, and Frank Sinatra, Cary Grant, Elvis Presley (who honeymooned with Priscilla) or Zsa Zsa Gabor (more known for her collection of husbands who for her contribution to cinema) decided to buy houses, large but one-story, in an architectural style known as “desert modernism”. The neighborhood where many of them are was baptized as "Movie Colony".

One of the pioneers was an Englishman named Leslie Towns Hope, who in 1908 had emigrated to the United States under the stage name of Bob Hope, when he was trying to recycle himself from a vaudeville star, a genre in decline, to a movie star. With his wife, Dolores, he rented a small Spanish-style house, Palm Springs brought him luck, and his films with Bing Crosby broke all the audience records of the 1940s, making him one of the most sought-after comedians. from North America. He gave, like Sinatra, a lot of money to philanthropic causes and the creation of the Eisenhower Medical Center (a series of hospitals and clinics that still exists), established a golf tournament that bears his name and was appointed honorary mayor. He never lost his sense of humor. When he was on his deathbed, his wife asked him where she wanted him to be buried or his ashes scattered, and, true to himself, she replied, "Why don't you surprise me?"

If Hope was honorary mayor, Sonny Bono really was. His career took a nosedive after divorcing Cher and ending their duo, and he retired to Palm Springs, where he opened a restaurant named after himself, organized the still-running film festival that is the precursor to the Oscars, and set out to promote the prestige and glamor of the town. Thus was born a political career that took him to the House of Representatives.

The house called Twin Palms, owned by Frank Sinatra, was the scene of many games with Dean Martin and Sammy Davis Jr., and the singer's romance with Ava Gardner. But when a decade later the tumultuous marriage ended and a judge ordered him to sell the house and give half to his ex, he gave it away for a dollar and gave the protagonist of The Barefoot Countess a measly fifty cents (later helped financially when she, in her twilight, lived in London).

The stars spent the day at the pool and tennis courts (Marlene Dietrich had the Racket Club reduce usage to two hours at a time, because she always found them full), and at night they went drinking and dancing at the Chi Chi. Club, the Starlite Room or the Bamboo Lounge, so exclusive that the police never entered, and where legend has it that Marilyn Monroe was discovered by a photographer. In 1962, during the filming of Somebody's Gotta Give (her last role), she disappeared for over a week, only to reappear in New York singing Happy Birthday to President John Kennedy. Director John Cukor was furious that he had broken the rule of not being more than two hours from Los Angeles. A large statue of the actress stands in front of the Art Museum.

Today Palm Springs is a city of 50,000 people, the capital of golf, with a majority population of wealthy white retirees. Tourist companies carry out tours of the hundreds of houses where Hollywood stars have lived, and some still do (Leonardo di Caprio bought the one from Dinah Shore). But the studios are not as strong as they were seventy or eighty years ago, and morale has also changed. So actors and actresses don't have to be two hours from Los Angeles, and they can enjoy their affairs or commit their sins wherever they are.