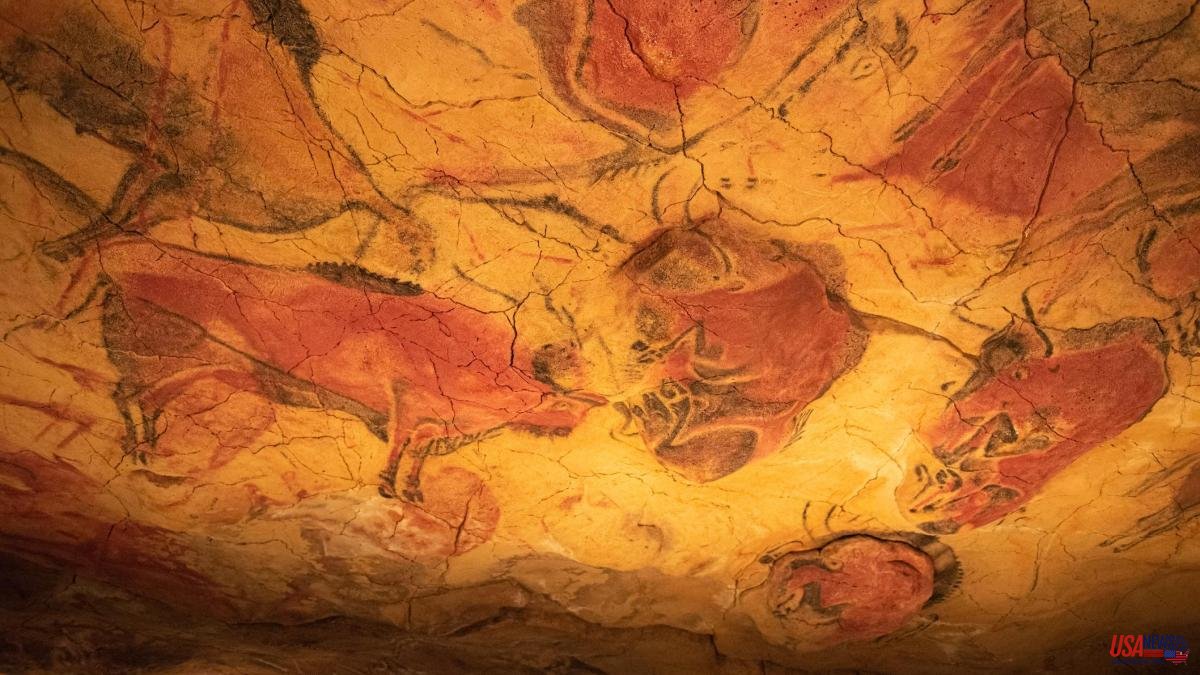 Hunters and prey. That is one of the common denominators of prehistoric cave paintings. From the scenes captured in the caves of the Lascaux complex, in France, to those discovered in Ubirr, in the middle of Australia. No fruits, no vegetables, no legumes anywhere.

These representations have provided archaeologists with a lot of information but, in turn, have caused quite a few misunderstandings. A very remarkable one, for example, has been considering that the diet of these ancient humans was based solely and exclusively on meat. But it wasn't like that.

"We have had a big problem when talking about the food that humans consumed in prehistory," says Emanuela Cristiani, a specialist at the Laboratory of Diet and Ancient Technology (DANTE) in Italy, in a statement. “One of the reasons is that organic matter breaks down. So when we study early sites, all we find are bones and butchery tools,” she adds.

Hence, experts fed the idea that the meals of thousands of years ago were based mainly on animal proteins. "The story of what humans actually ate and how our diet evolved is much richer," says Cristiani, a collaborator with the European research program CORVIS.

Around 2.5 million years ago, Homo habilis would have started using tools. “Our earliest ancestors were probably vegetarians, before meat was introduced into their diets through the collection of dead animals. With the invention of stone tools and the growth of social cooperation, we would have learned to hunt for ourselves,” he says.

“The controlled use of fire was a great invention that allowed us to cook”, continues Emanuela Cristiani. "The energy that we would have previously needed to digest raw meat, and even raw vegetables, then became food for our brains."

The diet was increasingly complex, the tools were more advanced and the use of fire allows us to outperform other species. "This dietary complexity, based on a mixture of vegetation, grains and meat, also allowed us to thrive in very different climates," says the archaeologist.

“This is what –according to Cristiani- really differentiated us from other primates. While other species were stuck in an ecological niche, we were able to migrate around the world using our instruments and our brains, due to our diverse diets."

The problem with this whole prehistoric balanced diet theory was that there was a lack of supporting evidence. But thanks to new technologies the equation was solved. Cristiani developed a way to identify starch granules in food, which can remain trapped in hardened dental plaque (called dental calculus) for millennia.

Starch (or starch) is only found in vegetables. Cereals such as rice or corn, legumes such as peas, vegetables such as onions or spinach, vegetables such as lettuce or celery, and fruits such as apples or bananas present granules of the main reserve of carbohydrates and energy in plants. Meat and fish, however, are foods that never contain starch.

The project coordinated by Emanuela Cristiani, called Hidden Foods, also recovered microscopic traces of starch from tools that could have been used to process tubers and grains. The project focused on remains from between 40,000 and 8,000 years ago obtained from sites at various sites in Europe.

"We discovered that ancient societies, which were believed to depend on fish or meat, also ate wild cereals," adds the expert. “Their diets were much more balanced. From the way the starches were preserved on their teeth and tools, we were also able to determine that they liked to make a kind of porridge,” she adds.

The technique also managed to show other behaviors such as the use of the mouth to tan skins, as well as the use of plants that are known for their medicinal properties. “This dental calculus is really a treasure from the past that we are scraping away,” he concludes.

The true 'Paleo' diet of hunter-gatherer communities over 15,000 years ago included gathering and consuming plant foods for nutritional or medical purposes millennia before the introduction of domesticated grains during the agricultural boom.