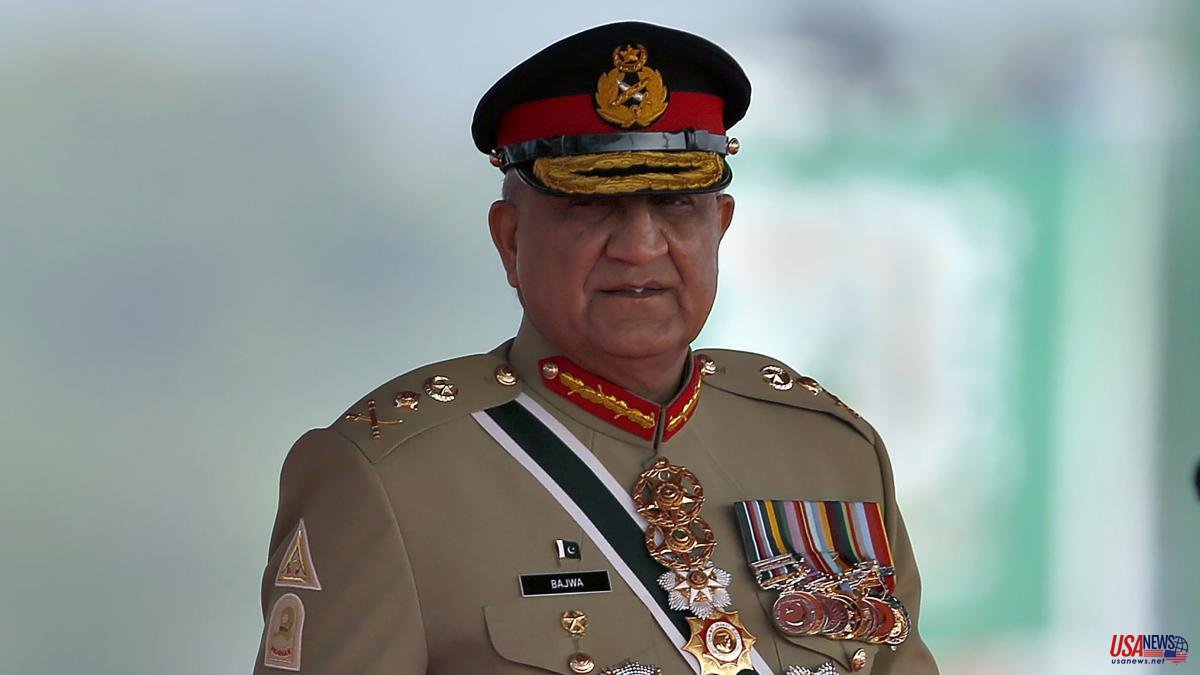 Just as no one disputes that the most powerful person in India or China is a civilian, no one disputes that Pakistan's strongman has never ceased to be a military man. Hence the relevance of the appointment, this Thursday in Islamabad, of the new Chief of the Army. Above all, because it has occurred in a context of swords held high, not only between the Pakistani parties, always at odds, but also between General Qamar Javed Bajwa -who goes to reserve next week- and the political leader country's most popular, Imran Jan.

The former prime minister, ousted last April in a turbulent motion of no confidence, has not been able to prevent his successor, Shehbaz Sharif, from choosing Bajwa's replacement for the next three years. The one chosen, among the six names proposed to the Ministry of Defense, is a safe bet, which Imran Khan should not like.

This is Lieutenant General Said Asim Munir, whom Jan removed as director of the main intelligence service (ISI) after just eight months. He had previously been the director of Military Intelligence. The scuffle between the Armed Forces and Jan -previously very well-matched- began precisely because of Jan's stubbornness in shielding the former head of the ISI, Faiz Hamid, an accomplice in turn of his political rise.

Hamid, who went to Kabul last year to finalize the names of the first Taliban Council of Ministers, fell and Khan himself would do so soon after. Rawalpindi is interested in turning the page, in another international context, and also in a hurry, because every day that happens Pakistan is closer to bankruptcy.

Islamabad is the airy political center of the country, built from the ground up to isolate the political class from Pakistanis. Rawalpindi, barely twenty kilometers away, is home not only to the colorful chaos typical of Punjab but also to the headquarters of the Armed Forces.

If a new extension to his mandate ever crossed the mind of General Bajwa, this possibility vanished months ago. Or at the latest, with the last frontal clash between his institution and Imran Jan. Four weeks ago, a dark failed attack -or perhaps, a last warning- against a protest march led by Jan ended with one death and several bullets lodged in politician's leg, shot by two different gunmen.

The former captain of the national cricket team, however, is not giving up. Although the march, with the intention of overthrowing the government and forcing early elections, was temporarily suspended and then resumed without his presence, Jan has promised to return to lead the final stretch, between Rawalpindi and Islamabad, this Saturday.

Although Munir's appointment must be sanctioned by the president, Arif Alvi, a co-religionist of Imran Khan, it is considered that the most he will dare to do, in case of discrepancy, is to delay his signature until the limit of the 25-day legal term. .

In any case, Alvi has come to meet Jan today in Lahore to discuss the appointment. "If the prime minister can come to London to receive instructions from a fugitive, President Alvi can talk to me, as the president of his party," said a defiant Jan, referring to former prime minister Nawaz Sharif, brother of Shehbaz Sharif. .

The latter, by the way, had to wait until the day after overcoming the covid to close this dossier, with marathon negotiations with other coalition partners such as former president Asif Ali Zardari, equally interested in preventing the return of Imran Khan, almost inevitable if he elections will be held shortly and he will be able to present himself.

Once the danger of an Afghanistan under Indian influence has been averted, the Armed Forces seem ready to renew their traditional alliance with the United States, without giving up the great advances in their relationship with China, which have acquired a strategic nature for both Islamabad and Beijing. . The profile of the head of the Armed Forces in pectore brings him closer to Ashfak Parvez Kayani, who was also a super-spy under the orders of General Musharraf, before succeeding him.

General Bajwa has failed to win the public affection of his predecessor, Rahil Sharif, the first in decades to content himself with the prescribed three years in command. In recent weeks, insults against the military leadership that were recently inconceivable have been heard in protest demonstrations, due to their interference.

In an exit speech, Bajwa acknowledged that the army "has meddled in politics unconstitutionally for seven decades." But he has assured that since February of last year he has taken measures so that it does not happen again. Imran Khan and his legion of supporters - the majority of young people in a young country, as well as the middle class - certainly don't seem at all convinced of that.