Paint yourself as N'Kono and Milla 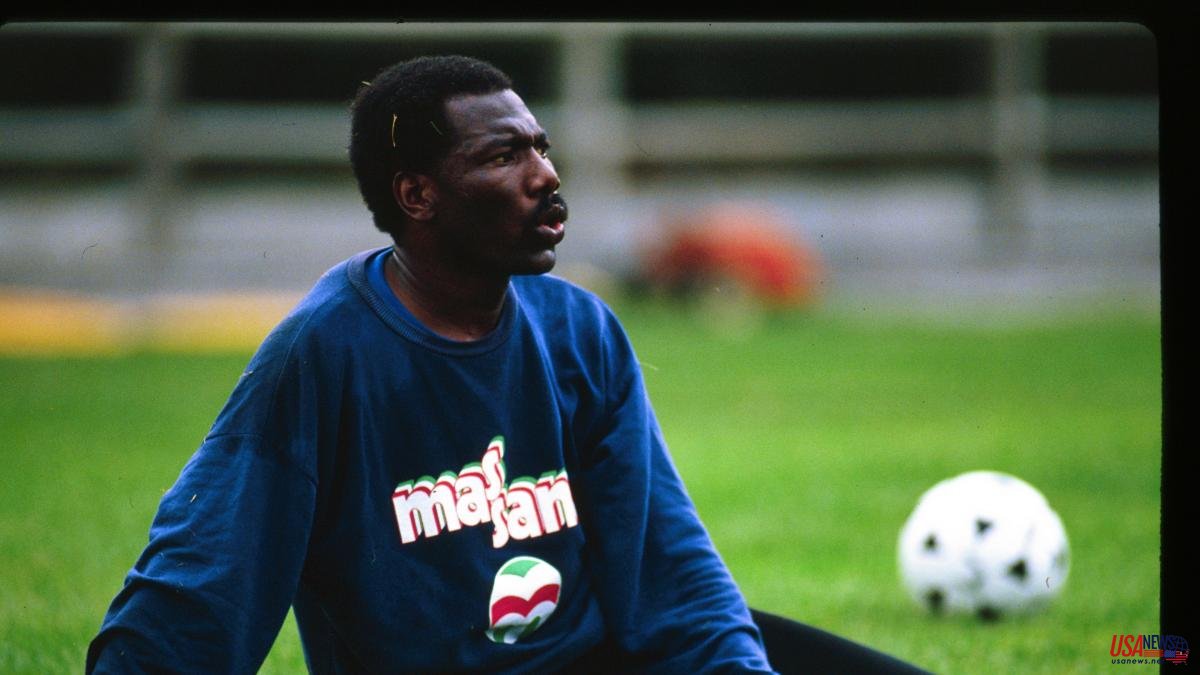 Just as the Naranjito World Cup ended, the Subbuteo World Cup began in the neighborhood.

But don't be fooled.

The conception of our Mundialito Subbuteo had not been something improvised, but rather premeditated and treacherous: to fulfill our dream, we had spent months accumulating the little coins that we scratched from here and there. We threw birthdays, New Year's Eve, Three Wise Men, communions and the change of some visit to the supermarket, a turn that was misled and ended up in the piggy bank.

The New Heredia Stadium had to be built!

(Actually, not everything was capital diversion: the push from parents ended up taking us where our savings did not reach).

The money came from the pig and from the money, the grass, the goals, the balls and the national teams. Luismi Roura designed the calendar. It was played in five scenarios, each with its easements. Carlos Vargas was especially splendid: he raised his stadium to a new dimension. His stage included benches, fences, stands, a VIP box, high spotlights and a few dozen spectators. He envied him.

I went to the Aurrera toy store and bought my selection for the Subbuteo Mundialito. Absurdly influenced by the 1978 World Cup, I leaned towards Austria: Prohaska and Krankl played in their ranks.

I was a child who was wrong.

And I became aware of the error some time later, as soon as the Naranjito World Cup ended. In that World Cup Roger Milla and Tommy N'Kono had appeared!

Through Milla and N'Kono, I had fallen in love with Cameroon, its mysticism and its misery. Those Africans had been as surprisingly invincible as they were unlucky. Without losing a single game (three draws, including the 1-1 against Italy led by Rossi, Zoff, Gentile and Cabrini, the three-time champion), the Cameroonians had been eliminated. And from somewhere came legends. They said that N'Kono trained by clearing the rocks that the trainer sent him. That he wore long pants because he had white legs.

"When in the air, N'Kono is capable of inverting the flight of his dove," they said.

(After the Naranjito World Cup, N'Kono signed for Espanyol; he continues there today, now as a goalkeeper coach; I never saw his legs, I never saw him reverse the flight of a dove).

I fell in love with Cameroon, then, but I had no savings left, so turning my Austria into Cameroon kept me up nights. I spent hours repainting my players: with patience and several brushes, I gave them yellow socks, red shorts and a green shirt. I dyed their skin black. My Cameroonians spent the night on the terrace, drying themselves.

Proudly, I walked my tuned Cameroon through the five coliseums in the neighborhood. I always lost, but I played like never before. Forty years later, today in Qatar, my Cameroon plays, the real one.