Paco León enlists Machi and Maura in 'Rainbow', his particular tribute to 'The Wizard of Oz'

Paco León is not one of those lifelong fans of The Wizard of Oz, but he knew the classic by Victor Fleming (1939) and thought that it would come in handy to "create my own universe, because I needed something that offered me the structure to write the script and tell my story from there". 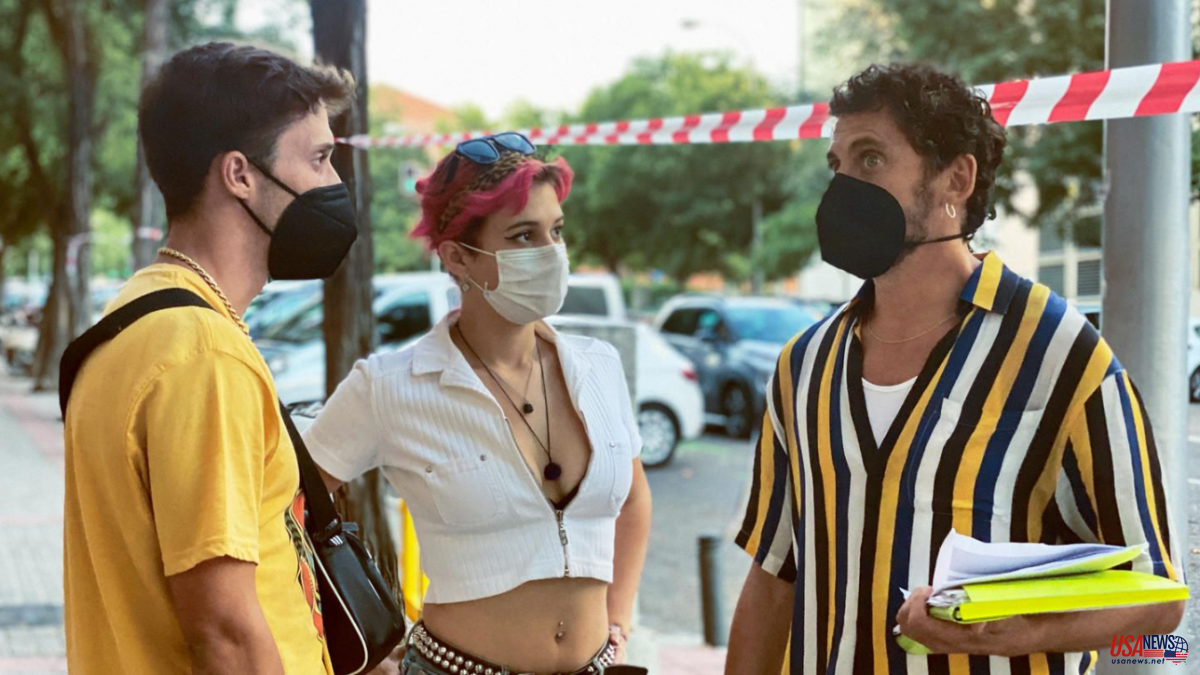 Paco León is not one of those lifelong fans of The Wizard of Oz, but he knew the classic by Victor Fleming (1939) and thought that it would come in handy to "create my own universe, because I needed something that offered me the structure to write the script and tell my story from there". With this premise, León has created his particular tribute to the famous magician, Rainbow, who has passed by the Velodrome of the San Sebastián Festival today.

Dora (Dora Postigo) has just turned 16. She lives with her father in an isolated country house and one windy day she leaves in search of her mother whom she has never met. Like the Dorothy played by Judy Garland in the original version, Dora embarks on an initiatory journey through a yellow path that will lead her to make new friends.

The Sevillian director has changed the scarecrow, the tin man and the lion for a middle-aged man who is going through a crisis (Luis Bermejo), a boy who is tied up in a garbage dump (Ayax Pedrosa) and an African expelled from his tribe ( Wekaforé Jibril), which sometimes, yes, takes the form of a lion.

And of course, Dora also meets two witches on this journey, although in this case there is not a bad one and a good one, they are both very bad, but two great actresses, Carmen Maura and Carmen Machi. It didn't cost León "anything" to enroll them in his project, "because Machi is a great friend and Maura was delighted to join the film, they had never worked together and for me it has been a pleasure to join these two lionesses", explains the director of Rainbow in a conversation with La Vanguardia.

"It was somewhat more difficult to convince Postigo," he adds. The director was a "fan" of the young woman on Instagram and knew her parents, Bimba Bosé and Diego Postigo. It was Dora who proposed to León that he direct her in a video clip. In exchange, the director offered her the lead role in Rainbow, and she reluctantly accepted, "because she didn't want to pursue acting." "Dora sings and dances like angels and after this work she has also become a great actress," adds the director.

León is delighted with the casting because the union of the established stars with the emerging ones has allowed him to "act as a generational hinge". And it has also served her to "build her own universe through a story in which the girl is not waiting for a Prince Charming, but instead becomes the leader of a group of marginalized people, because what I want to talk about is diversity, acceptance and self-knowledge".

In addition, Rainbow, which will be released in theaters on September 23 and will be available on Netflix from the 30th, wants to be the reflection "of my fascination with the generation that is now 20 years old, or even younger like Dora, who do not have shame, they act without asking permission and they do very cool things", concludes the director, who in November will release another film in which he participates as the protagonist, Don't look at the eyes, by Félix Viscarret, based on a novel by Juan José Millás.