Pablo Marí receives a tribute from Arsenal after being discharged

Valencian Pablo Marí, a player owned by Arsenal but on loan at the Italian Monza, was discharged from hospital this Sunday after being stabbed in the back last Thursday night and operated on Friday to reduce the muscle damage caused. 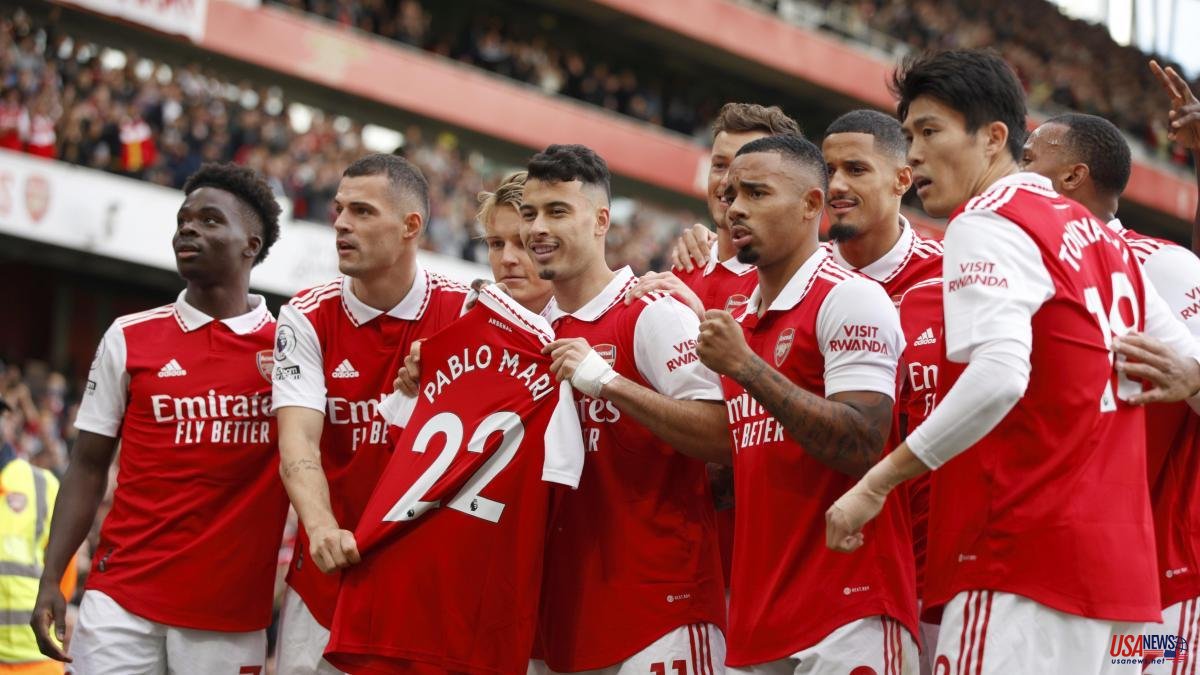 Valencian Pablo Marí, a player owned by Arsenal but on loan at the Italian Monza, was discharged from hospital this Sunday after being stabbed in the back last Thursday night and operated on Friday to reduce the muscle damage caused.

"Pablo Marí was discharged from hospital this morning, he returned home and now begins a period of absolute rest," Monza reported in a statement. "Monza sincerely thanks Osvaldo Chiara and all the professionals at the Niguarda Hospital in Milan. Pablo, we are waiting for you!" reads the letter.

Marí, who was with his partner and son, was attacked by a 46-year-old Italian man with mental problems who stabbed five other people, one of whom, a Carrefour supermarket employee, died while being taken to hospital.

The author of the attack, identified as Andrea Tombolini and who was being treated for mental problems, explained that he felt "envy", seeing "all those happy people", the prosecutor who is handling the case and who has ordered his internment as a precautionary measure .

According to local media, the aggressor was arrested thanks to the intervention of former soccer player Massimo Tarantino, who played for Bologna, Inter and Naples, who managed to immobilize him until the arrival of the police.

After undergoing surgery to reduce the muscle damage caused by the attack, the soccer player assured that both he and his family were "well despite the circumstances" and thanked "all the messages of support"

"After the hard time we experienced yesterday, both my family and I want to communicate that fortunately we are all fine despite the circumstances, and thank all the messages of support and affection that we are receiving," the footballer posted on his official Twitter account. 29 years old.

"In addition, we want to send our condolences and all our strength to the family and friends of the deceased person, and we sincerely hope that all the injured people recover as soon as possible," added the Valencian.

As EFE learned, Marí will not be able to return to training until at least two months from now. "The operation went well and he is expected to be discharged in two or three days" and then "the player will be able to start a rehabilitation process. This type of muscle injury usually requires two months of rest before being able to resume physical activity," read in the medical part.

Monza asked to postpone the match for this day, but Serie A reported this Friday that the match against Bologna would not be postponed and that it will be held at the scheduled time.

"The team is in shock, we have asked the league to postpone the game against Bologna on Monday," Monza CEO Adriano Galliani told the media last Friday, upon leaving the hospital where the 29-year-old footballer was operated on. years to reduce muscle damage.

The local media pointed out that the main problem would have been to find a new date to play the match, since it would have been proposed on February 9, just three days before playing the second leg between both teams, something that Bologna did not saw with good eyes.

Waiting two or three days for Marí to leave the hospital would also have been discussed, but the decision did not convince Monza.