Pablo Laso has spoken publicly for the first time about his dismissal from Real Madrid at the presentation of his summer camp. 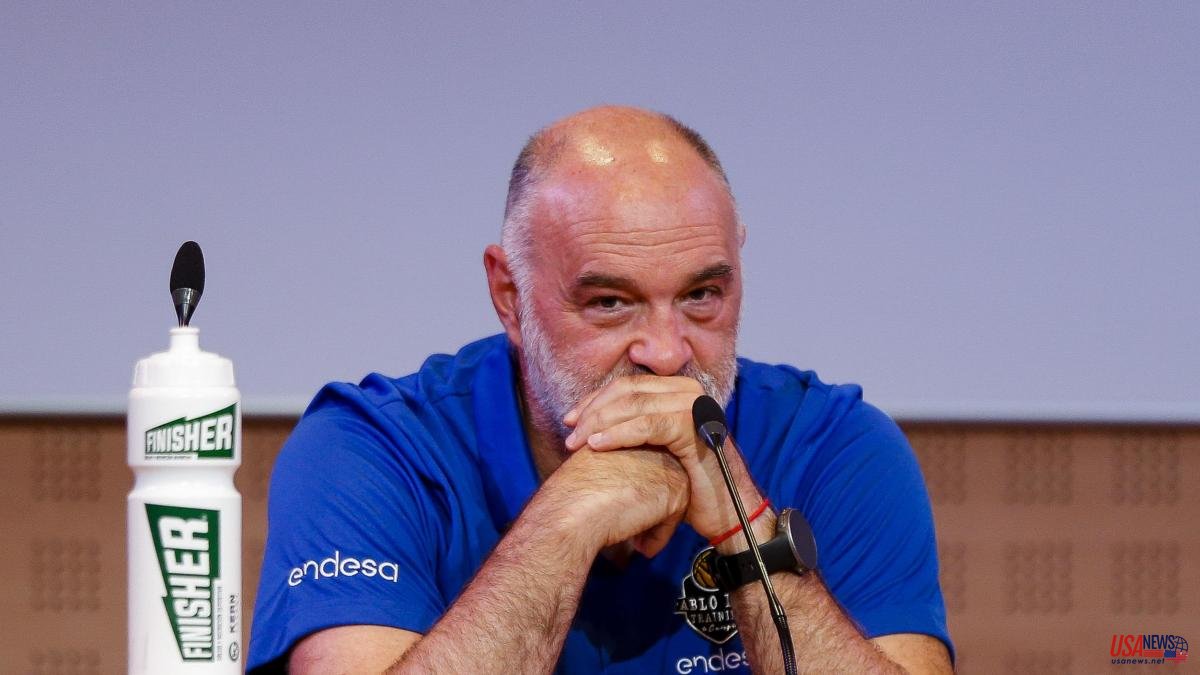 Pablo Laso has spoken publicly for the first time about his dismissal from Real Madrid at the presentation of his summer camp. The coach, dismissed due to his heart problems, has lamented how the white club managed the information about his state of health and the negative medical reports on which they relied to make the decision.

"If you were so worried about me, I would appreciate it if you gave me all the possible information because what worries me the most is my health. I have been lucky that the medical body that has treated me plus the subsequent tests that I have done, I trust. That Madrid decides to do without me, I will not enter," he said at a press conference held at the Francisco de Vitoria University.

The man from Vitoria was especially upset that the evolution of his heart problems, which finally led to his dismissal, came to light. "For my family, loved ones and friends, finding out about something that happens to you on television is not the most pleasant thing. That is something that I did not like. My mother had to call my wife to see what was happening I don't give it much importance (...) Nobody would like their family to find out about their medical data by other means."

Once he found out about the white club's decision, Laso didn't put a stop to the wheels and accepted his dismissal. "Because of my way of being, it was clear to me, when they told me that I wasn't going to be the first team coach, that I wasn't painting anything there," he explained, although insisting on the disparity of opinions: "The medical reports that Real Madrid have I don't have them, I have mine. If Madrid has some reports and is based on them, I don't know if it's treason or not. I'd appreciate it if they'd pass it on to me for my health, but I trust the reports I have about my health ".

For now, Laso is not "looking for a team to train." "I want to train, yes, but that desire cannot prevent my enthusiasm. I'm not going to train for training. I have to be excited about the projects or things I do. I love training and it's my life, don't hesitate. That doesn't mean that tomorrow go train," he said.

On the other hand, he was proud of the season carried out by Real Madrid despite having to leave the bench at the beginning of June after suffering a heart attack, just before the whites won the Endesa League final against Barça, and defended having left to Trey Thompkins and Thomas Heurtel in the middle of the season.

"Whoever says that with Thomas Heurtel we would have won the Euroleague, I can also say that with him we would not have won it or we would not have played in the final. It is reality. Not playing at being a fortune teller. I always made decisions thinking of the good of the team above anyone," he said.