QUETTA (Pakistan) -- In the last three weeks, at least 77 people have been killed in rain-related incidents in Pakistan, according to the minister for climate change. 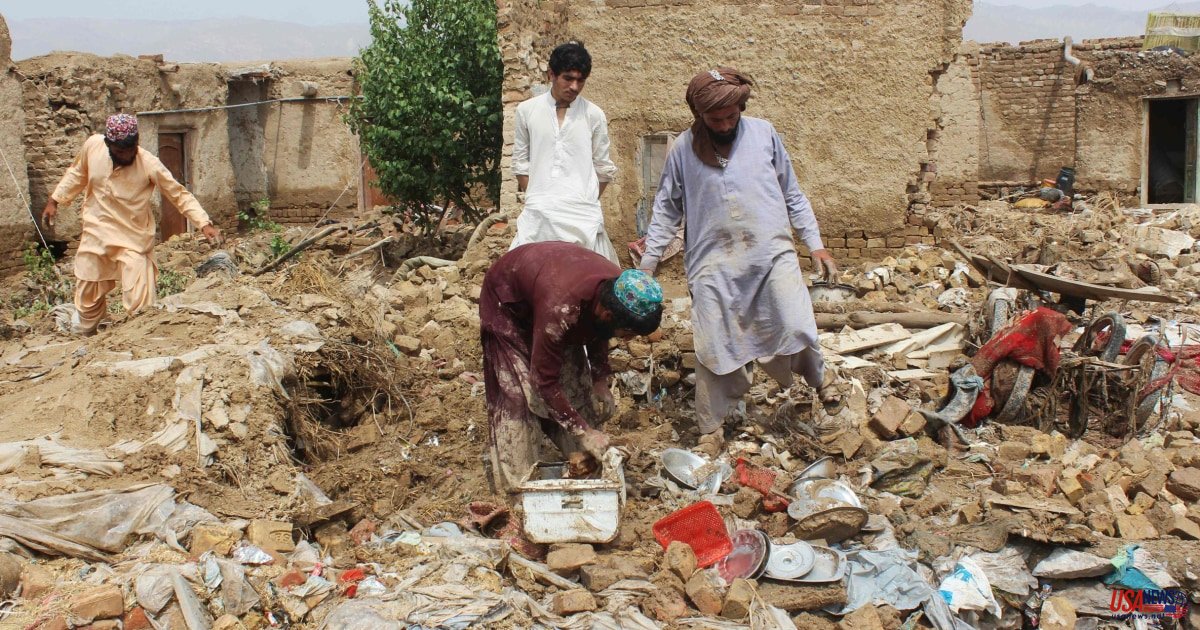 QUETTA (Pakistan) -- In the last three weeks, at least 77 people have been killed in rain-related incidents in Pakistan, according to the minister for climate change.

Sherry Rehman, the minister, stated that the monsoon rains had also caused damage to homes, roads and bridges across the country. The news conference was held in Islamabad as the country continued to be battered by storms.

Rehman stated that 39 of the 77 victims died in rain-related accidents in Baluchistan. This is a large, but sparsely populated region in the country's southwest.

Rehman stated that the rain-related deaths were a national catastrophe.

Television footage showed vehicles in Baluchistan being washed away by floodwaters.

President Arif Alvi released a statement in which he expressed his sorrow at the loss of life in Baluchistan as well as elsewhere in the country.

According to the provincial disaster management agency, Quetta was the capital of Baluchistan province and streets were inundated.

Rehman stated that the most recent rainfalls in Pakistan were 87 per cent heavier than an average downpour.

She linked the change in the climate to the new pattern, saying that Pakistan should be prepared for more flooding as the country's glaciers melt faster. This is causing flash flooding that has damaged infrastructure.

A spokesperson for the Baluchistan disaster managing agency, Naseer Nasar, said that at least 50 people were injured in rain-related incidents in the region since June. He stated that rescuers were moving people to safer areas away from the floods and rain-hit Baluchistan.

Many cities in Pakistan are affected by the monsoon deluge every year. This draws criticism from poor government planning. Experts say that rains are vital for irrigation crops and replenishing water reservoirs in Pakistan.